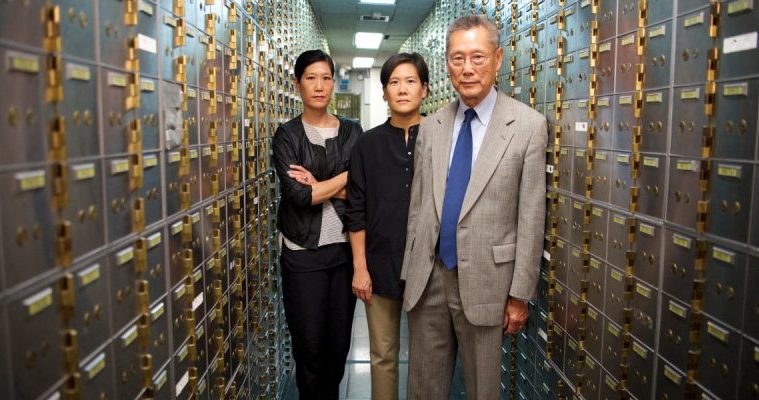 Steve James’ filmography has long been about finding entry into larger conversations through intimate portraits. The director’s landmark debut, Hoop Dreams, and latter-day efforts like 2014’s monument to critic Roger Ebert, Life Itself, don’t have much in common on the surface, but they both use their central characters to tell larger stories about big picture topics like structural dysfunction and the purpose of film criticism.

That double purpose is the quiet genius of James’ latest documentary, Abacus: Small Enough to Jail. The central story recounts the stranger-than-fiction courtroom saga of Abacus Federal Savings Bank, a family-owned Chinatown bank that is still the only bank indicted in the aftermath of the 2008 American financial crisis. But James’ priorities are less about the courtroom minutiae than the case’s reverberations through the owner Thomas Sung, his family, and their misunderstood immigrant community.

What’s compelling about the case is not whether Abacus is innocent or guilty, but why it matters in the first place. When other globally known banks like Chase, Wells Fargo, and JP Morgan were causing trillions in damages and receiving a slap on the wrist, Abacus was a small-time community bank dragged through the mud. By the end, the Sungs paid nearly $10 million in litigation fees, and as the film shows, they have almost nothing to show for it.

The specifics of the trial are better articulated in the film than explained, but the bank and 19 of its employees were hit with over 180 charges by the Manhattan, NY District Attorney Cyrus Vance Junior. Vance discovered evidence of a nearly floor-wide fraud conspiracy where officers were granting loans to customers without the proper paperwork. The court case wasn’t about whether there was fraud – that was confirmed – but rather who knew about it. And if there’s egregious evidence that the Sungs were culpable, James never discloses this information. The narration and structure is straightforward.

James’ depiction of the trial is methodical, juxtaposing testimonies from the Sung family, employees, jurors, and lawyers – including Vance. But the film is foremost empathetic to the experiences of the Sung family. Unlike so many recent financial crisis documentaries, Abacus barely delves into the vagaries of sub-prime loans, leaving that to a brief, minute-long monologue.

He spends far more time just getting to know the figures involved like Thomas Sung, the patriarch of the family, who founded Abacus nearly three decades ago with the goal of helping Chinese people who were intimidated by the big banks. In the opening shot, James even frames Thomas in kinship with James Stewart’s avaricious banker in It’s A Wonderful Life. It’s likewise painful to see his mental deterioration as his bank account dwindles with each passing day.

There’s just as much time spent on the deep familial dynamics of the Sung family, notably Thomas’ four daughters, including Chantarelle, a former DA who incredibly worked under Vance until she discovered that her boss was building a case against her family. These daughters and especially Thomas’ bitterly funny wife, Hwei Lin, are crucial in illustrating the stress, frustration, and indignation that emerges during the trial. Hwei Lin avoids direct involvement in the case, but the sisters each bring their own contradicting perspectives. And while the film doesn’t dive into their personal lives, it’s telling when it shows someone like Abacus CEO Vera talking about her inability to finish her work because of the trial schedule.

The real beauty of this intimate approach comes with the way the film segues from small details in the court case into larger societal discussions. The film never minces words about the cultural context of this case. As multiple talking heads mention, there’s aspects of the case that stretch into legal misconduct. One of the most egregious miscarriages of justice came when Abacus employees were paraded out in chain gang formation as a symbolic photo op shortly before they were even indicted.

The biggest misunderstanding doesn’t come from one instance, but rather a lack of effort on the American court’s side to understand cultural differences between China and America. One of the richest tangents comes with the distinction between a gift and loan. In Chinatown, many of the people view gifts and loans as synonymous, and not beholden to linear repayment. They can be paid back in favors or spending time with someone else, or making them dinner. And that’s to say nothing of the fact that many people living in Chinatown don’t live in a financial situation where they can legally take advantage of needs like loans.

These are all the unspoken implications of James’ film. In telling the story of one family, he’s opened up a new understanding of the complexities of one immigrant community – and revealed how much further the American justice system needs to go in understanding its own people.

Abacus: Small Enough to Jail premiered at the Toronto International Film Festival and opens on May 19.