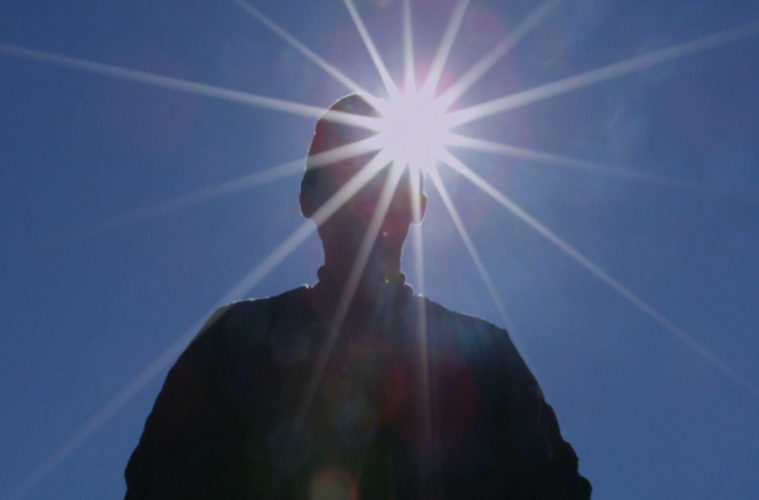 “The only place I feel comfortable is the skatepark and the library.”

What has set cinema back — both from the perspective of those who make, and those who write about it — are the binaries chosen to be created and propagated, be it taste, modes of production, or genre, essentially what forms “correct” cinema, in terms either classical or experimental. So there’s more and more hope that a film can come along that hopefully defies the tradition of quality, that makes us rethink a medium only feeling more and more trivial with every passing day, even if it’s more accessible than ever.

Amongst the many things that make 88:88 — the first feature from Isiah Medina, the 24-year-old Canadian filmmaker behind the shorts Semi-Auto Colors and Time is the Sun — so radical is its attempt to obliterate the binaries. Cutting and layering images overtop each other at the kind of rapid pace that will draw many comparison to various forms of contemporary music — be it trap rap or dubstep (aurally the film making sound transitions that resemble “the drop”) — the associations it creates between every image isn’t often totally clear, partly because the film doesn’t necessarily give you the time to create the link, but also because each one feels so personal. Yet this isn’t an isolating film in which the “meaning” is teasingly locked in the creator’s head, but rather continually figuring itself out. Some will find a way in through its clear allusions as the words of philosopher Alain Badiou are both read out-loud and displayed onscreen. But more importantly, the voice-over, often read in hushed, unrehearsed tones, suggest a private confession or even embarrassment, which gives equally the sense of the words themselves but also Medina and his friends. The band of real people it documents (if one can even use the word) who are not even referred to by name (we can say they’re on a “by-face” basis) come to form its chief texture, giving 88:88 its immediate emotional thrust.

Though contrast them against the meaning of the film’s title; the numbers appearing on electronic clocks after power is restored; those suspended in time between when they’re able to pay the bills and thus cut-off from everything that keeps the vertical line of society moving. The people who move in circles while the busy, apathetic middle- and upper-class citizens go about their daily routine. Or one can even think of the scene in Jerzy Skolimowski’s Moonlighting, where, to get more out of his fellow laborers, Jeremy Irons turns back the time on their watches, giving them the assumption they’ve slept their usual number of hours while they’re actually a few short – the poor running under technology’s mental and physical toll.

Taking you through every essential item (a phone charger having the weight of the world for one of Medina’s friends), electricity has become our top political commodity — the possessions that both signals our social standing and keeps us connected to a stream of often tone-deaf privilege and carefully maintained “brands.” The love-hate relationship these characters feel with it only bleeds out into the overall meaning of the film, as it itself could not exist without its newfound liberating additions to cinema.

All this points to the binary that one finds the film taking maybe its biggest strike against: intellectual versus emotional cinema, the kind of asinine designation that often ghettoizes experimental films as specialty items. But similarly, even in 2015, there’s a belief of the young intellectual as banded to certain language and dress, a kind of classism that we like to pretend still doesn’t exist, but definitely does. Living in poverty in Winnipeg, our millennials turn to philosophy (in one of the opening images, two of them are reading thick books while sitting on a basketball court). Throughout the film, though, the presence of “popular culture,” chiefly rap, is just as deeply felt. And, no, this isn’t the tired “Tupac was a poet, too!” academic discourse that’s become its own marketing mechanic, but rather that just the co-existence of Badiou and hip-hop is completely natural.

“There’s no justice, just us.”

If this writer can indulge in one binary, though, it’s about the state of Canadian youth cinema. These films include “micro-budget” fantasies where we’re supposed to get off on the self-pity of millennials who can afford to live in Toronto without working for a year, and that’s not to even get into a certain Quebecois philistine. One can only hope that Medina inspires a new wave, one that we’re capable of without even the resources of the luckier ones.

Though furthermore we see the film in the shadow of privilege, as near the end there’s a repeated image of Medina walking through downtown Toronto while handcuffed — trapped in the high-rise prison of Canada’s metropolis, far from Winnipeg’s poverty and Montreal’s failed promise of academic fulfillment. Surrounded by his loved ones throughout, we, at this instance, see a solitary man. Thus, by measuring the cries of despair against the occasional optimism and warmth in 88:88, it makes it difficult to come out of the film feeling one thing. But, above all, it removes the desire to see it as just an object, when even engaging heavily in the texture of the digital world, it feels above all like a living, breathing thing.