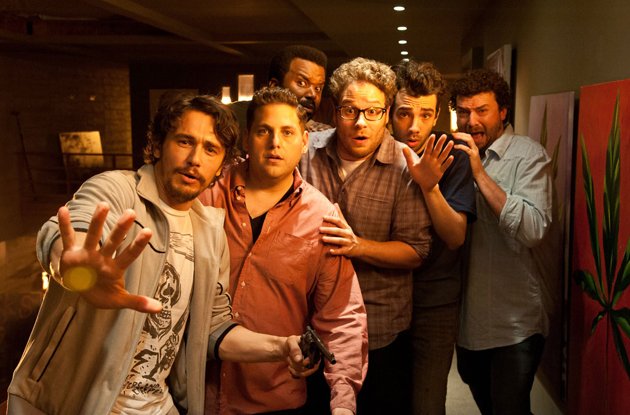 This is the end. Hold your breath and count to ten…wait, wrong movie. Seth Rogen has been hard at work on his directorial debut with cohort Evan Goldberg and after numerous title changes, they’ve settled on This is The End and we’ve got the extensive, nearly three-minute first look today in the form of a hilarious red band trailer.

This timely trailer begins with an introduction between Rogen and Franco, before going into a single “the morning after” scene featuring some great dialogue between McBride and rest (including a perfect quip at Cera). Then we see some actual apocalypse-filled footage from the film. Check it out below, for what’s shaping up to be some of the most fun at the movies next summer — that is, if we survive past tomorrow.

The comedy This Is The End follows six friends trapped in a house after a series of strange and catastrophic events devastate Los Angeles. As the world unravels outside, dwindling supplies and cabin fever threaten to tear apart the friendships inside. Eventually, they are forced to leave the house, facing their fate and the true meaning of friendship and redemption.