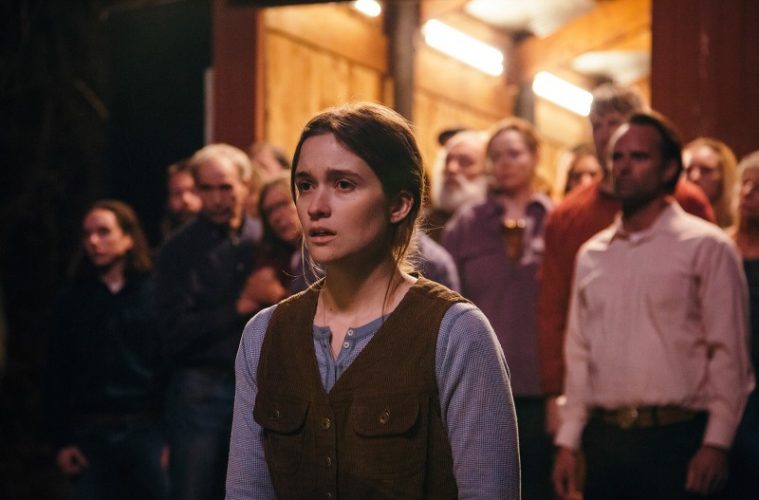 Following its premiere at Sundance Film Festival, the disquieting first trailer for Them that Follow has arrived ahead of an August release. In their directorial debut, Britt Poulton and Dan Madison Savage weave a tale of religious sycophantism with a serpentine twist. Alice Englert stars as Mara, the dutiful daughter of the Appalachia’s community pastor (Walter Goggins), who leads the community in handling venomous snakes to prove themselves dutiful to God. A dangerous secret is hidden by Mara, forcing her to confront the dangerous practices of her father’s church in the process.

In our review Jordan Raup wrote, “’We respect the serpent but do not cower to it,’ Goggins tells one of his dedicated parishioners when they go in the woods looking for new rattlers to bring into the fold. This relationship with snakes gives the film the lifeblood that isn’t flowing through its main characters. The filmmakers are also sure to make quite a spectacle of their poisonous religious pets in the third act when this group’s blind faith in their God is truly tested. Recalling The Beguiled, the intensity is present but it has more to do with the manipulation of basic human sympathy than truly having a stake in the plight of our ensemble.”

Deep in Appalachia, Pastor Lemuel Childs (Walton Goggins) presides over an isolated community of serpent handlers, an obscure sect of Pentecostals who willingly take up venomous snakes to prove themselves before God. As his devoted daughter, Mara (Alice Englert) prepares for her wedding day, under the watchful eye of Hope Slaughter (Academy Award Winner Olivia Colman), a dangerous secret is unearthed and she is forced to confront the deadly tradition of her father’s church.