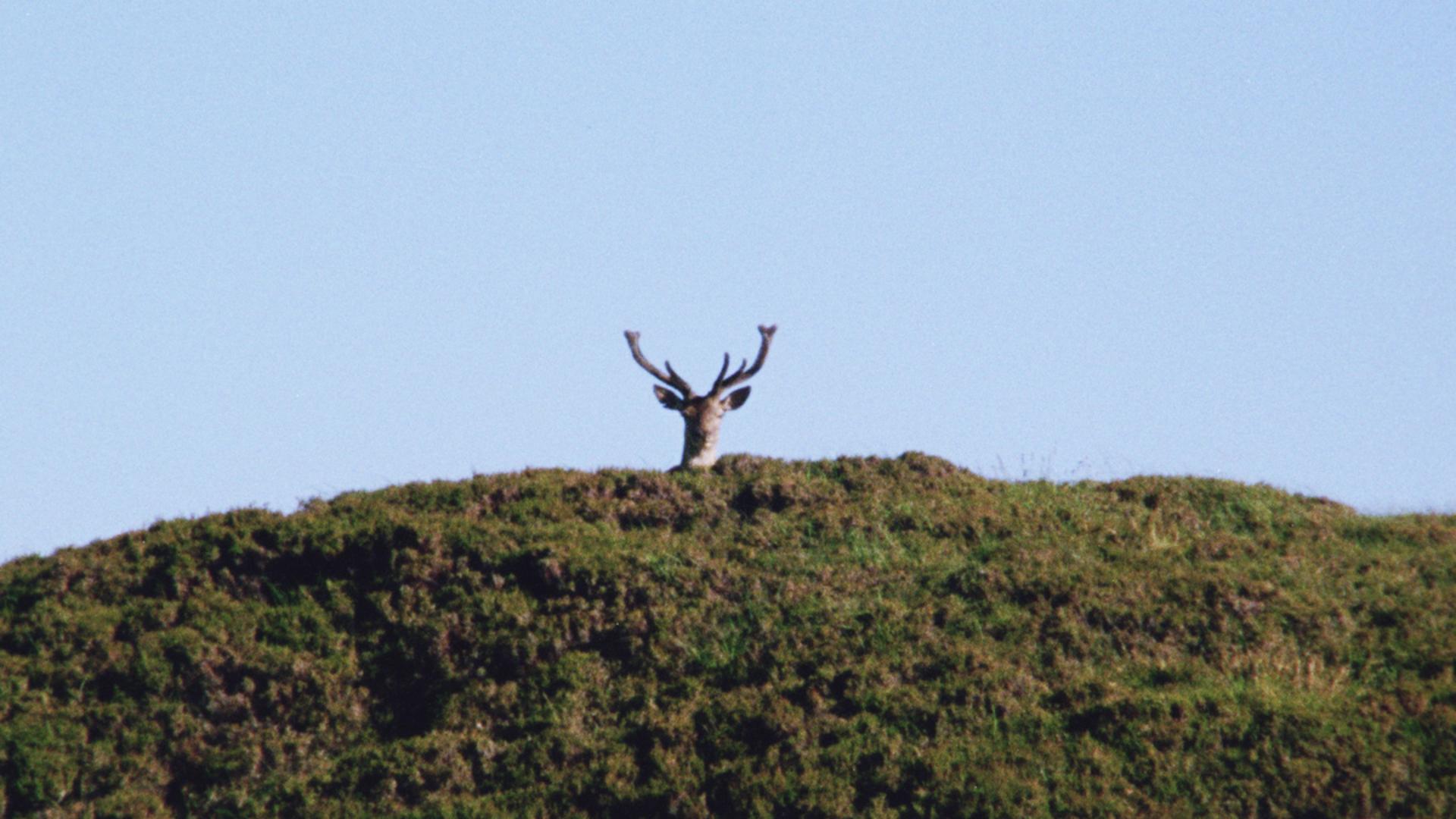 To quote Monty Python and the Holy Grail, for documentarian Joshua Bonnetta, the Scottish Outer Hebrides is something of a “very silly place.” This is not to denigrate the remote cluster of islands on Scotland’s northern tip, and its inhabitants––far from it. More that, when taken as a whole, Bonnetta has been able to uncover a vast cluster of eccentricity on these sparsely populated lands, where people can see, hear or intuit things others can’t, and then tell of it gladly. Empirical science would question this, of course, but Bonnetta’s interviewees seem to transcend that, and instead carry knowledge more common to the animist practices of early homo sapiens, or maybe another plane of human evolution altogether. To cite a timely cinematic reference point, the desired end-goal of the Bene Gesserit breeding project in Dune, is this ability to intuit the future––the cutting-edge of human evolution in author Frank Herbert’s computer-absent neo-feudal world.

The Two Sights is a simply (though of course not simplistically) structured film, pure and generous with the visual beauty it offers the audience. It’s solely composed from long, observational takes, of varying durations, of the Hebridean landscape, infrequently accompanied by voice-over from off-screen interviewees––their thick accents open-captioned at the base of the screen in Times New Roman font. It’s an abstract, yet intimate, way of sharing a human presence: nary a human figure is seen up-close in its shots, so the voice-over speech acts like the conversation of a walking companion, whilst you see glorious nature all around you in 360 degrees.

I could detail many of the wondrous sights (more than just two, for sure) that Bonnetta was able to capture over his two-year shooting period (2017-2019), but they’re worth discovering for yourself, preferably on the big screen. But after his breakthrough feature El Mar La Mar (co-directed with J.P. Sniadecki) used darkness and silence so poetically, this is almost drunk on tactile, 16mm-captured detail: shimmering horizon lines, tranquil powdery-blue bodies of water, livestock and even domesticated animals like dogs and cats ambling diagonally through his symmetrically cast frames. For a work so informed by James Benning’s landscape film practice, it lapses slightly on the rigor seen in his work: we’re never especially geographically orientated––say, we have no compass always pointing in the direction of north. But this contributes to the feeling of physical and temporal dislocation that’s also key to Bonnetta’s aims, of which there’s more to say.

It’s arguably too much of a comparative stretch, but there’s an echo of the alternating offscreen voices of Rodney Ascher’s Shining documentary Room 237 in the way Bonnetta harnesses his interview subjects. While we observe the enchantingly shot reality of their locale, the voices––which are gender-balanced but composed only of older adults––speak of anything but. They detail a folk knowledge of divination, hauntings, and surreal visitations, conveyed with the matter-of-fact manner of someone recounting popping out for a pint of milk. The second of the “two sights” in particular, refers to “[seeing] the image that was going to take place, the strange part where everything would come to pass” as one of the older interviewees says it in his inimitably craggy tone. More often than not, sight actually designates sound, such as when one of the participants will describe hearing the noise of a bonfire years before it actually occurs in the next village, or high-pitched metallic scrapes when observing a flooded village on an underwater dive.

It’s quite bracing to hear these anti-empirical interpretations of reality, not counter-balanced by any science or psychology exploring why such beliefs are actually so rife in this locale. Like Room 237, keeping the talking heads offscreen leaves the interviewees anonymous, and less exposed to ridicule. The Two Sights’ flaw is more that Bonnetta’s imagery is sometimes too reminiscent of other remote, maritime-oriented parts of the upper-Northern hemisphere, like the nearby Nordic climes, or even rural Canada, where he is himself from. Some of the necessary Scottishness is lost in this geographical vagueness––although there’s joy in hearing the words of the dialect like “astern,” “conked,” and “smolt.” Ultimately, The Two Sights is something of a fantastical tall tale itself, a bit like its aural testimonies, and not academicism that seeks to relinquish any mystery.

The Two Sights is now playing at Anthology Film Archives and will expand.