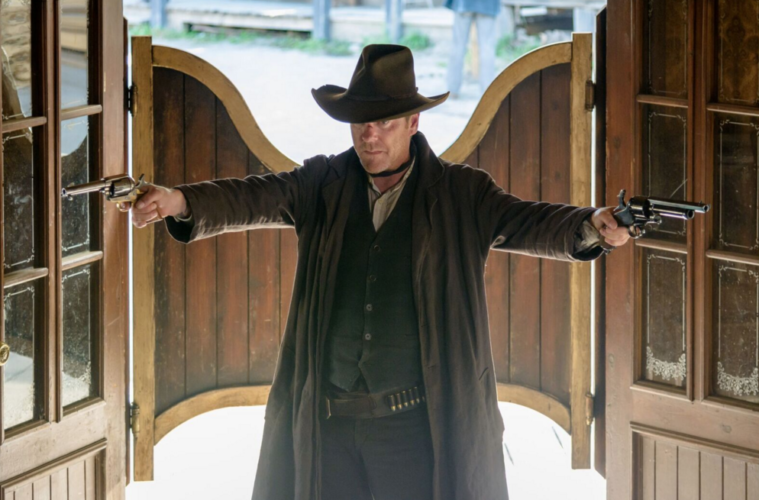 The Sutherlands Head West in First Trailer For ‘Forsaken’

After an epic year for westerns, including Bone Tomahawk, Slow West, The Hateful Eight and even Jauja and The Revenant to an extent, we’ll get a few more this year. Following Aferim! and Jane Got a Gun this month, Forsaken will arrive in February, and today brings the first trailer.

Led by both Kiefer Sutherland and Donald Sutherland, the film follows the former as a retired gunslinger who returns to his hometown in order to the mend the relationship with his estranged father — you can guess who — but they get involved with protecting the area. Coming from longtime 24 producer and director Jon Cassar, we didn’t hear much about it when it premiered at TIFF last year, but hopefully it’s a sleeper surprise this spring.

In 1872, JOHN HENRY CLAYTON (Kiefer Sutherland) retires as a gunfighter and returns to his hometown of Fowler, Wyoming in hope of repairing his relationship with his estranged father, REVEREND CLAYTON (Donald Sutherland). However, he soon learns that the town is in turmoil, as the railroad will be coming through the area and a criminal gang is terrorizing ranchers who refuse to sell their land. John Henry is the only one who can stop them, but his father does not want his son to return to a life of violence.