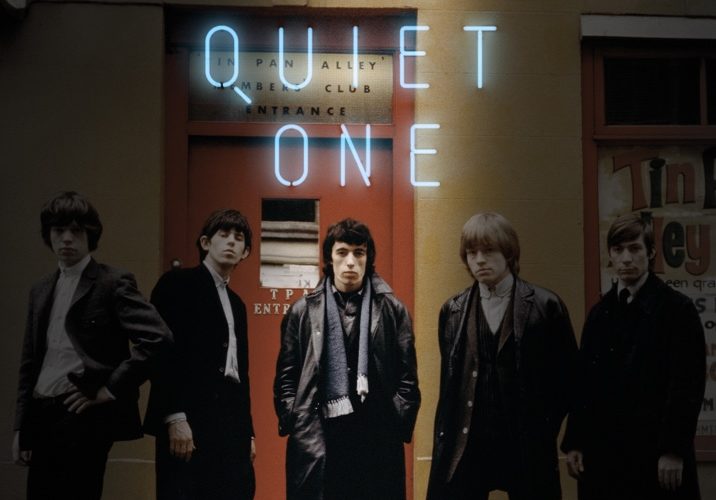 ‘The Quiet One’ Review: Documentary on Rolling Stones Bassist Bill Wyman Is Intimiate to a Fault

Is it possible for a documentary about the Rolling Stones to be (gulp) boring? Probably not. There are, after all, endless stories of the brilliance, boldness, sexual energy, and debauchery of Mick Jagger, Keith Richards, and co. If there is a figure in Stones’ history who might qualify as a bit dull, though, it must be Bill Wyman. Charlie Watts is a gentlemanly enigma. Brian Jones is a doomed beauty. Ronnie Wood is a lovable scamp. Mick and Keith — well, they’re Mick and Keith. But Wyman is the Stone alone, the figure who always seemed farthest apart from the others.

Oliver Murray’s The Quiet One tells Wyman’s story through interviews, occasional animation, and, most interestingly, its subject’s own archive of home movies and photographs. From the start, it seemingly accepts the public view of the former Stones bassist. “If you did the right thing you don’t get noticed,” Wyman says in voiceover, explaining his role in the band. “And that’s the way I play—very simple.” He is now 82 years of age, and when he dives back into his past (with the words “Here we go”), he does so in the voice of an old man. Wyman may be a tad boring, but thanks to the glorious archival footage, the film—mostly—is not. That does not mean it’s always enthralling, however.

Wyman’s life began in the manner of nearly every aging U.K. rock star: bombs, air raid shelters, World War II. Murray and editor Anne Perry expertly shift between eras and mediums, taking us from Wyman’s youngest days to his initial interest in rock ‘n’ roll. “It was such a big ambition—it was unattainable when I was little,” he explains. The stories of his youth are, sadly, not particularly fascinating. But the film shifts into gear when he meets Jagger and Richards, joining the Stones. The band’s music feels like an explosion–an explosion The Quiet One sorely needs. That happens when your subject is a figure “people referred to as ‘Stone Face.’”

As the Stones rocket to worldwide stardom, Wyman’s (archival) face betrays an air of world-weariness. He seems the least-enthused man in every room and the most-focused on every stage. Which can be rather refreshing. “I’m not a musician; I just play in a band, really,” he explains with typical humility. Clearly, he is a musician, and a great one. He’s also a fan, and the moments that seem to most engage the Wyman of today are those that directly connect to his passions—the Stones’ recording at Chess Records, for one, or a late-film, genuinely moving anecdote about meeting Ray Charles after a gig. That’s a rare case of the celebrity-worship; “we didn’t succumb to being showbiz-y,” Wyman says.

Director Murray dutifully checks off all the boxes in the Stones biography. There are somber Brian Jones anecdotes, grim recollections of the deadly Altamont show, “tax exile” status, recording Exile on Main Street in France, and, eventually, Mick and Keith infighting. “We never played a gig for seven years,” Wyman says. “I started to look after myself.” During that time Wyman did solo work and embarked on a scandalous marriage to a teenager. (The film delves into this tabloid sensation with surprising candor.)

Then comes a reunion and mighty tour—”Steel Wheels.” Wyman saw this worldwide jaunt “as a grand finale,” and a “nice time to end my career with the Rolling Stones—on a big high.” Something rather fascinating and unexpected develops here: away from the Stones at last, Wyman becomes infinitely more interesting, his story downright captivating. He is now a figure quietly cycling through archival photos and videos, cataloging Stones history and his own. He starts a new band, Bill Wyman’s Rhythm Kings, and seems to revel in being a member of a more “normal” band. He even finds lasting love. “Time is his foundation,” his wife explains, adding that his study of the past is “a life’s work.”

Thus The Quiet Man is as mysterious as its subject. It is, of course, an absolute must-watch for the Stones faithful. There is no great insight regarding the other members of the band, though. There is no animosity from Wyman toward the Stones; don’t expect the dissing that Richards dished out to Mick in his controversial memoir. All of them are MIA here, as expected. That’s probably appropriate: this is Wyman’s tale, and sometimes that tale is a bit dull, but it warrants documentation. And that documentation is probably still happening, right now, in front of a computer screen in the South of France.

The Quiet One is now playing in limited release.