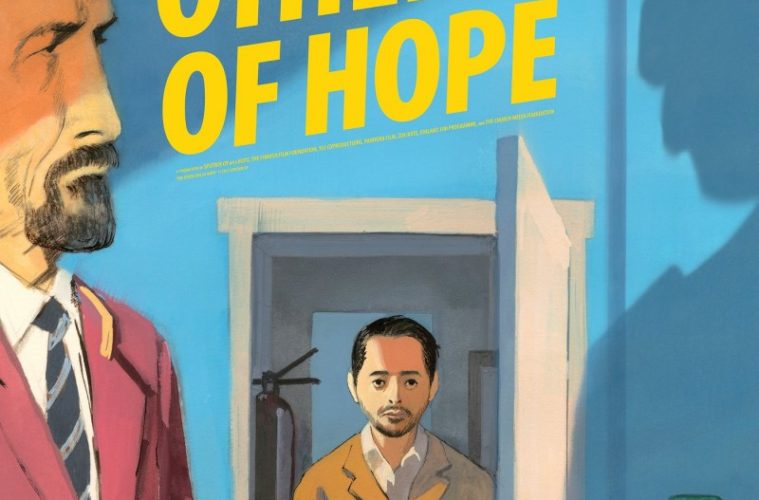 ‘The Other Side of Hope’ U.S. Trailer: Aki Kaurismäki Brings His Unique Vision to the Refugee Crisis

We’ve seen a number of excellent documentaries capture the European refugee crisis, but when Finnish director Aki Kaurismäki decided to take it on narrative form for his first film since 2011’s Le Havre, we expected his unique vision to deliver something brilliant, and he’s done just that. After premiering at Berlin International Film Festival, The Other Side of Hope will now arrive soon and the first trailer has landed.

Starring Sakari Kuosmanen and Sherwan Haji, the story follows a poker-playing restauranteur and former traveling salesman who befriends a group of refugees newly arrived from Finland. “Hope is as contemporary and vital a film as you’re likely to find in 2017, but it’s also one of the funniest and most classically (not to mention beautifully) cinematic too. Shot on gorgeous 35mm by his enduring cinematographer Timo Salminen, it’s as cleverly detailed, as it is visually stunning and right from the very beginning,” we said in our review.

See the trailer and gorgeous poster below.

THE OTHER SIDE OF HOPE tells the story of an unlikely friendship between Khaled (Sherwan Haji), a Syrian asylum seeker from Aleppo, and Wikström (Sakari Kuosmanen), a fifty-something traveling salesman who’s left his alcoholic wife and purchased a restaurant in the back streets of Helsinki with his meager winnings from poker. When the authorities decide to return Khaled to the ruins of Aleppo he opts to stay illegally in the country and disappears into the streets of Helsinki, where he meets racism as well as pure kindness. Wikström finds Khaled sleeping in the inner yard of his restaurant and seeing something of himself in the battered man, hires him as a cleaner and a dishwasher. Together, they help each other through the challenges they face in their unfamiliar and often baffling new worlds.

With hilarious sight gags, poker-faced one liners and a toe-tapping rockabilly soundtrack, THE OTHER SIDE OF HOPE weaves together Kaurismäki’s unparalleled wit and a stinging critique of the unforgiving bureaucracy that greets vulnerable asylum seekers in modern-day Europe. Humane and sincere, it’s proof of cinema’s power to tell stories that matter, with beauty and heart.

The Other Side of Hope opens on December 1.