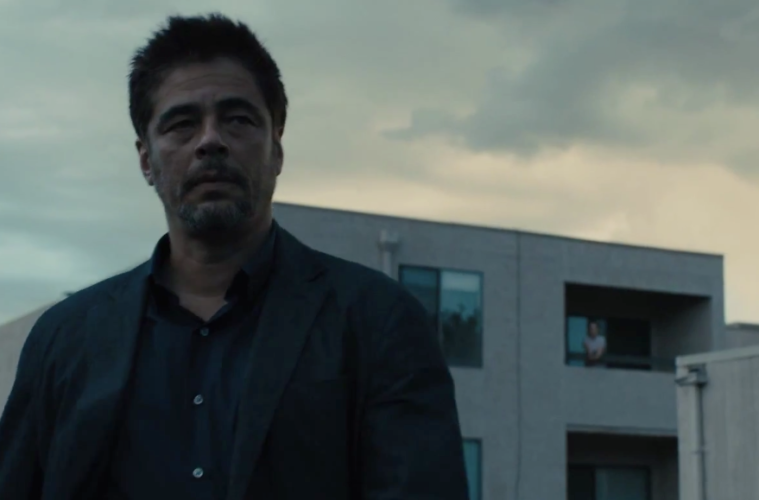 The Original Ending of Denis Villeneuve’s ‘Sicario,’ and How Emily Blunt Helped Change It

It goes without saying that the following post will contain spoilers for Denis Villeneuve‘s Sicario, a film that’s been in theaters for well over a month. (In other words, seek it out if you have yet to.) While most can agree that it’s one of the most intense films of 2015, there’s been some division over the final section.

In it, we find Emily Blunt‘s Kate Macer mostly absent, the picture instead tracking Benicio Del Toro‘s Alejandro while seeking revenge on the cartel boss responsible for the death of his family. After hunting down and killing everyone in his path — including the children and wife of said boss — he catches up with Macer and forces to her to sign a document that swears everything they’ve done was by the books. After being confronted at gunpoint, she eventually signs the paper, proving her morality might not win out in “the land of wolves.” But for having not killed Alejandro when the opportunity presented itself, she still retains a glimmer of virtue.

“Emily Blunt’s character at the end, I think that she represents hope,” Villeneuve told THR. “Because the decision she makes at the end means that she will not follow their path. She will come back to her moral values, and for me the last moment is very important. Even if you may feel that she’s less strong it’s the opposite.” In an interview with Hitfix (embedded below), Blunt discusses how her, Del Toro, and the helmer “weren’t satisfied” with Taylor Sheridan‘s original ending; they thus carved out two hours to discuss it, then shot the fairly quick conversation. Now we have more details on the original finale, thanks to Alternate Ending.

First, Alejandro doesn’t actually kill Fausto’s family. Instead, after asking them to continue eating, he tells the cook to “take them away from here” and gives Fausto an option: “You may choose to die tonight or live with the shame of having the mother of your children take your place.” While Fausto chooses the “shame” of living, Alejandro still kills him and tells his wife, “Maybe you take his money and go hide and raise your children far from here. Maybe your son grows up to be a doctor. And I don’t have to come back and kill him some day.” This certainly hints at the cyclical nature of the drug warfare, but the decided-upon ending has a far greater impact with its unexpectedly chilling, merciless nature.

As for the penultimate scene: Alejandro still shows up to Kate’s apartment, but there is no waiver for her to sign. Instead, after taking apart her gun, he humiliates her by lifting up her shirt and exposing her breasts, pointing out the bruises she endured when he attacked her. (In the original script, she’s shot six times by Alejandro and he shatters her nose.) He then gives the monologue that’s mostly beat-for-beat in the original conclusion. While it’s not a major difference, this ending might have gone a bit too far, given that Alejandro sticking a gun to her head is enough to prove Sicario‘s point.

Check out Blunt’s discussion of it below, all while we wait to see if that proposed sequel following Alejandro ever sees the light of day.

If you missed it, check out our discussion below.

What did you think of the original ending? To prefer the official one?