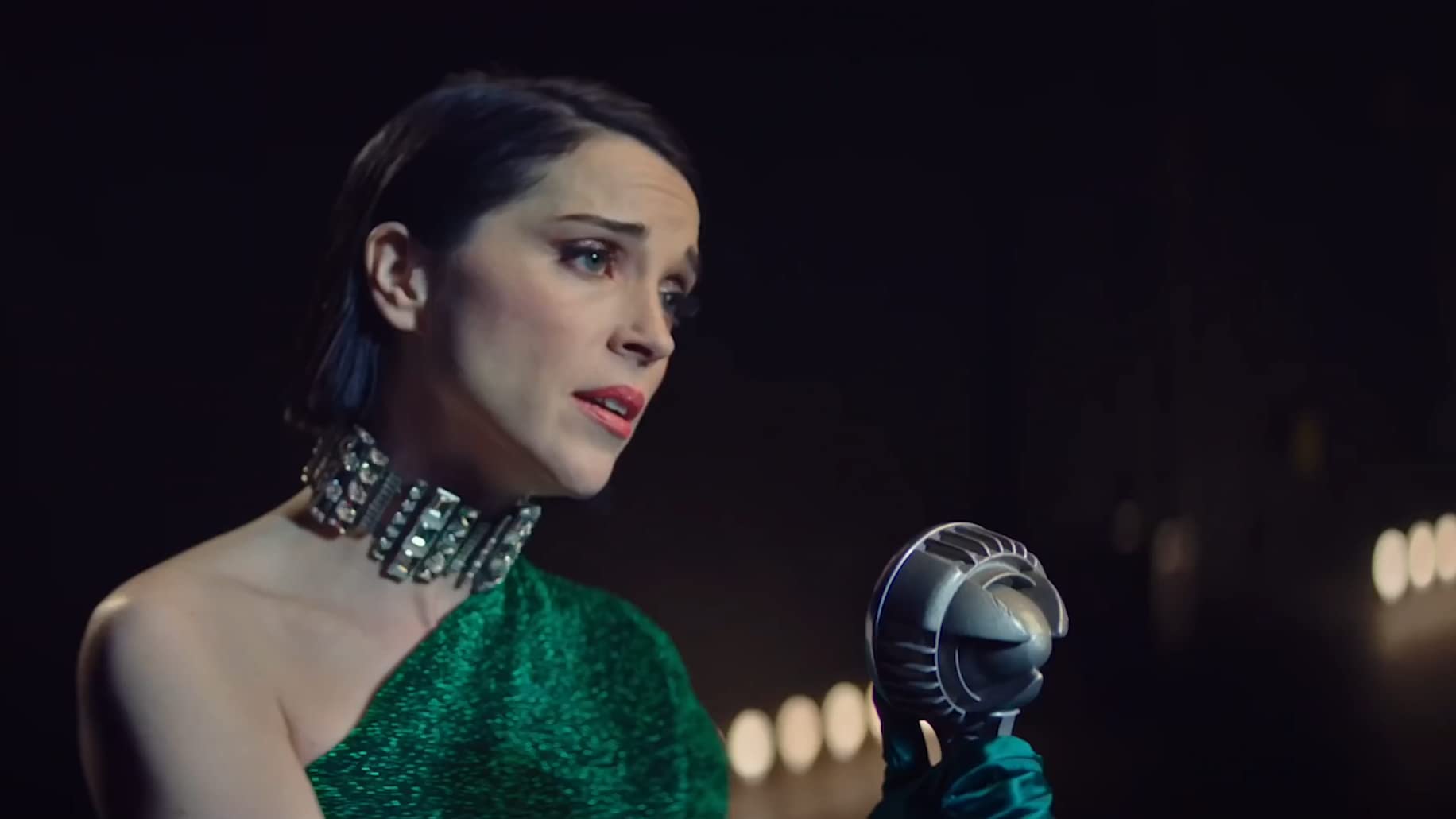 “How can anybody have you and lose you. And not lose their minds, too?”

The criticism of any film, narrative or documentary, wherein a musical artist plays him or herself is that it begins to play like branded IP rather than a natural extension of the artist’s work as the artist. For some, like Bruce Springsteen, a level of self-awareness about their process and inspiration is a design feature rather than a bug. For so many others, such as the Beatles or Spice Girls, big-screen outings were largely fan service. This brings us to the enigma of Annie Clark, who is painfully aware of her persona as a woman of mystery. In fact, she’s frequently mistaken or told she’s an unknown; outside of certain alt-rock circles, perhaps that is true. For some she means the world. For others—like a limo driver and bouncer who don’t know her—she’s simply not on the radar.

Scripted by Clark and Sleater-Kinney’s Carrie Brownstein, The Nowhere Inn is a self-reflective comedy where Clark plays herself playing the role of her onscreen persona St. Vincent in search of truth and authenticity for the creature she has created. The pressure is immense as she embarks on a new tour, filmmaker Brownstein documenting the process. The film within the film is a quasi-concert feature, not unlike Madonna’s Truth or Date with its special guests, friends, and behind-the-scenes moments with her band.

After a brief falling out between director and subject over how her bandmates portray her, St. Vincent decides it’s time to take charge of her own persona, along the way inviting “CB” to document a dark and mysterious downfall—which never quite comes to pass, thanks in part to a fairly healthy friendship that has its natural ups and downs. Both find themselves manufacturing the drama and interventions commonly seen in other concert films, e.g. plucking a fan out of the crowd for a private meet-and-greet that doesn’t go quite as planned.

One runs the risk of spoiling The Nowhere Inn‘s mysteries and pleasures. The film is painfully aware of the manipulation that goes into making a documentary while “CB” handles her own personal crisis. Both committed to the project with different goals and outcomes and lose interest in the process for different reasons. It becomes a meta-commentary on the process as Clark tries everything to create drama, from a graphic encounter with “girlfriend” Dakota Johnson to a musical number that fictionalizes her childhood. In the end, St. Vincent playfully retains her mystery—perhaps the ultimate brand extension.

Director Bill Benz (best known for episodes of Portlandia), Clark, and Brownstein have a good deal of fun playing the business side of show business—the documentary filmmaker trying to find a unique angle between concert footage, or the star having to take mundane questions from the press in each city she visits on tour. It both documents an identify crisis and doesn’t. Sure, it could demystify the St. Vincent persona into someone who is just like us, but is that what fans really want? That’s the existential question at the heart of The Nowhere Inn, which nearly resists criticism as a picture that is equal parts fun and equal parts frustration, depending on the expectations you have walking in.

The Nowhere Inn hits theaters and VOD on Friday, September 17.