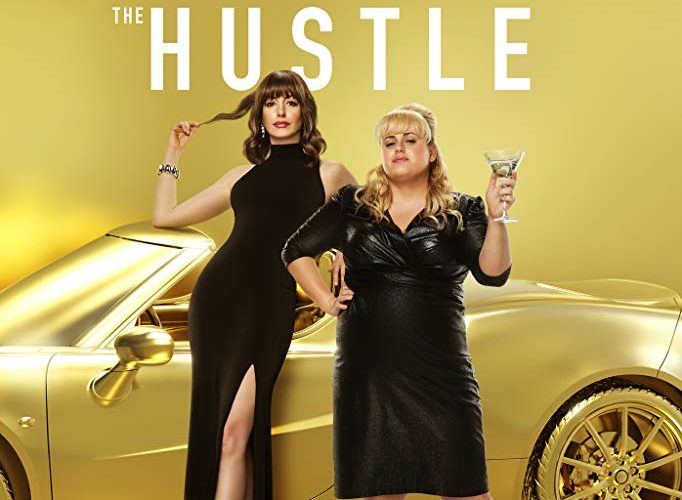 You don’t need immersive technologies like Dolby Cinema, Screen X or 4DX to feel the effects of The Hustle. After 94 minutes without a single laugh, you’ll definitely feel the pain knowing that you’ve wasted time and money on this dreadful farce. Allegedly a remake of the far superior Dirty Rotten Scoundrels (which itself was a remake of Bedtime Story), the Chris Addison-directed picture credits four screenwriters and yet adds nothing to the original formula nor does it do anything exciting with a well-established genre built on double and triple crosses.

Of the four credited writers, two have passed on years ago, previously credited with Bedtime Story. Dale Launer received credit for this mess as the writer of Dirty Rotten Scoundrels. This leaves Jac Schaeffer, the only new writer with a credit to bear the brunt of the shame for a picture that no doubt was conceived and watered down by studio executives and/or an incompetent filmmaker. Ms. Schaeffer should protest her credit with the WGA immediately. As the film fades out on a final con, my audience at a mainstream multiplex was left shaken and confused. Had adults really been responsible for this witless affair? It feels like something that might appeal to middle schoolers who haven’t seen any of the new or old Ocean’s pictures.

Rebel Wilson stars as Penny, a New York City confidence woman who hustles horny dudes on Tinder out of a few hundred bucks with a story that makes very little sense. After the NYPD catches on, she decides to flee for France. On the train she meets Josephine Chesterfield (Anne Hathaway), a professional con artist and brings her into her orbit which includes a crooked cop (Ingrid Oliver) and her manservant Albert (Nicholas Woodeson). Penny presents an opportunity to run a con the group calls “Lord of the Rings,” convincing suitors into believing Josephine’s aristocratic family has a tradition for anyone that marries into the family. After the wedding night, her groom must also either sleep with or battle her sister. It proves to be good for several engagement rings until Penny and Josephine set their sights on Thomas Westerburg (Alex Sharp), a younger tech bro on holiday in the south of France. They bet each other half a million each to see who can close young Thomas which leads to a painful gag in which Penny pretends to be blind while Josephine pretends to be a radical experimental Dutch doctor with the cure. On screen, it’s about as funny a concept as it sounds on paper.

Beyond the cons and hustles there’s not much else here. Penny and Josephine never truly become friends and the film abruptly rushes to a conclusion it hasn’t really earned. About fifteen years ago, before digital projection, I had seen a Bollywood film that ended abruptly. Staying after the credits, I realized the projectionist had built the film incorrectly and after the credits, the missing exposition was found by those that stayed behind. Unfortunately, The Hustle can’t blame its messiness on a similar fate as much of the film’s third act (which problematically feels like a second act) is dedicated to Penny and Josephine one-upping each other with lame gags rather than any kind of fun innovative plot that’s full of misdirection and narrative intrigue. What happens is all on the surface with nothing to explain later.

Despite its title there is very little hustle here but rather a heavy reliance on craft as Penny and Josephine outwit each other. The craft of Hathaway and Wilson, both talented stars in other pictures, can’t save this disaster. Like Holmes & Watson proved late last year, two comedic giants is just not enough to save terrible material that should have been fixed long before the film went into production. If director Chris Addison one day finds himself winning an Oscar I look forward to a long-form autopsy on this picture either from a film scholar or a trade publication. Clearly, something went wrong here–either studio mismanagement, an option that was about to expire that required the film to race into production without much of a script, or some terrible contract was signed that did not allow the studio to quickly bury this disaster deep in VOD-land.

The Hustle is now in theaters.