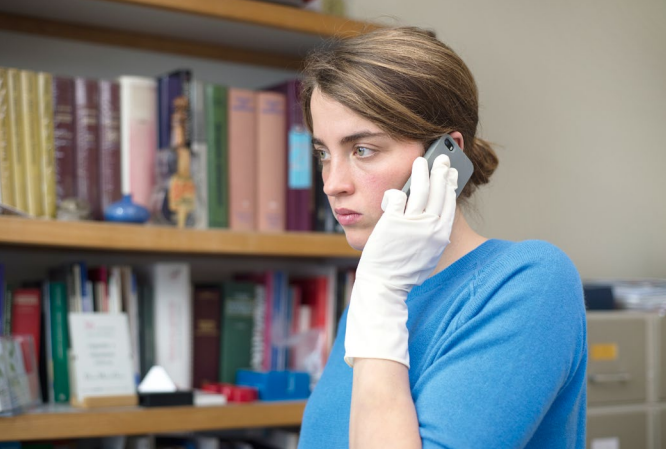 The Dardennes Have Re-Edited ‘The Unknown Girl’ For Theatrical Release If you don’t like the result of something — or if others don’t — do it again. That seems to be the approach by directing brothers Jean-Pierre and Luc Dardenne with their most recent feature The Unknown Girl, which rounded Cannes with mixed reviews, including our own. After a slew of successes — including Two Days, One Night, The Promise, The Kid With A Bike, and Rosetta — The Unknown Girl stands out rather glaringly as an anomaly for the pair.

Screen Daily reports that the Palme d’Or-winning duo sat down with their editor to make minor tweaks to The Unknown Girl, only to realize a more extensive revision felt right. Now, 32 cuts have been made to the film about a young doctor who is propelled to uncover the identity of a patient who died after refusing treatment. This new cut will run seven minutes shorter — the original cut ran 1 hour and 53 minutes — and the brothers state they are much happier with this version than the one we saw at Cannes.

In our review, we said, “The plot is entirely predicated on the kind of contrived coincidences that any screenwriting 101 professor would urge against, persistently dispelling the film’s realism.” We can’t imagine a few dozen cuts will fix the issues we had, but we’ll have to wait and see.

With regards to what prompted a return to the editing booth, Luc Dardenne stated, “There are several critics who are also friends who liked it a lot but thought there were certain places in the film that didn’t work very well. I believe it was that which prompted our concern. We were ready to make changes.” Those friendly critics have now apparently given the new cut a thumbs up.

The new cut of The Unknown Girl currently has no release date in the U.S., where it will be distributed by Sundance Selects, but it arrives in France on October 12. Until more news drops, watch a Cannes press conference with the directors below and see a batch of clips here.

Should a director “get it right” the first time or should they be able to revisit one of their works and tweak it? Comment with your thoughts below.