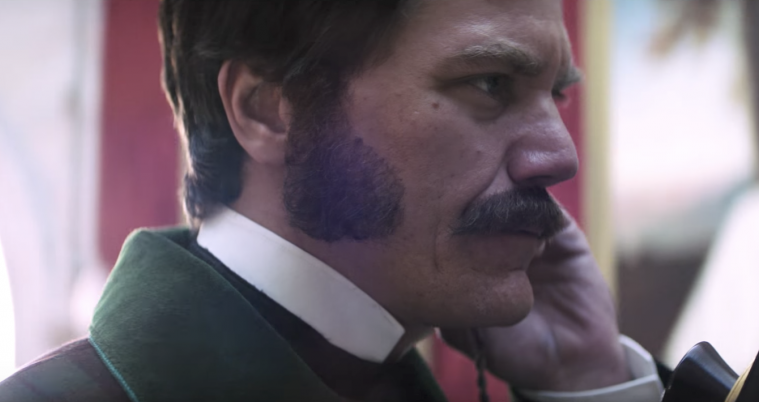 ‘The Current War’ Trailer: Benedict Cumberbatch and Michael Shannon Have an Electrifying Feud

After dodging a bullet by leaving just before production was set to begin on Collateral Beauty, the first true Hollywood production from Alfonso Gomez‐Rejon (Me and Earl and the Dying Girl) will be The Current War. Scripted by Michael Mitnick (Sex Lives of our Parents), the period drama follows the electricity war between Thomas Edison (Benedict Cumberbatch) and George Westinghouse  (Michael Shannon).

Ahead of a TIFF premiere and a Thanksgiving release from The Weinstein Company, the first trailer has arrived. With Gomez-Rejon’s hyper-active filmmaking on full display with a bigger budget this time around, we’ll have our review shortly from its premiere. Also starring Katherine Waterston, Nicholas Hoult, Tom Holland, Matthew Macfadyen, and Tuppence Middleton, see the trailer below.

Starring Benedict Cumberbatch as Thomas Edison and Michael Shannon as George Westinghouse, THE CURRENT WAR is the epic story of the cutthroat competition between the greatest inventors of the industrial age over whose electrical system would power the new century. Backed by J.P. Morgan, Edison dazzles the world by lighting Manhattan. But Westinghouse, aided by Nikola Tesla, has seen fatal flaws in Edison’s direct current design. Igniting a war of currents, Westinghouse and Tesla bet everything on risky and dangerous alternating current.

The Current War opens on November 24.