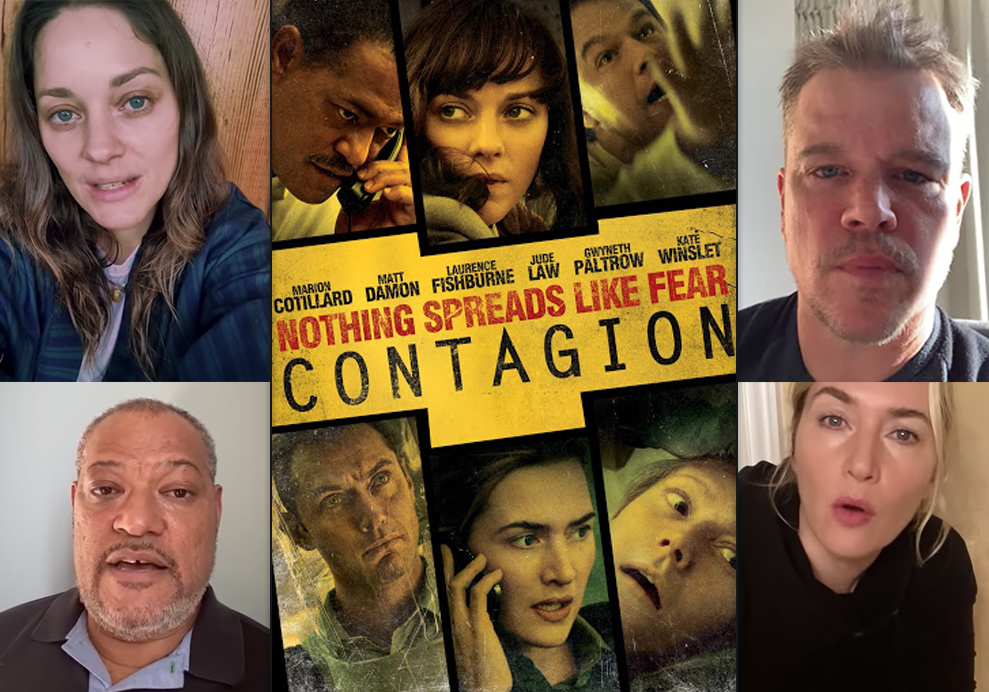 Released in 2011, Steven Soderbergh’s Contagion was a well-researched, clear-eyed view at what would happen if the world was faced with a crippling pandemic. Nine years later, it has become a reality with the coronavirus and while the film’s popularity has now surged, those involved with the production are doing their part to help stop the spread of COVID-19.

The cast members, including Marion Cotillard, Matt Damon, Laurence Fishburne, Kate Winslet, and Jennifer Ehle, have released a series of PSA under the campaign Control the Contagion, launched by Columbia University Mailman School of Public Health. Vetted by doctors and experts, the series of videos distill the facts one should be aware of in navigating our strange new reality. For those curious who was involved in the basis and facts presented in these PSAs, see below:

These PSAs were written under the guidance of the same experts who worked on the film Contagion: Dr. W. Ian Lipkin, director of the Columbia Mailman School’s Center for Infection and Immunity, who is currently leading research to develop tests and drugs for COVID-19; Dr. Larry Brilliant, an epidemiologist who helped eradicate smallpox and served as the first CEO of founder Jeff Skoll’s Skoll Global Threats Fund; Laurie Garrett, Pulitzer prize-winning science journalist and bestselling author; and Mark Smolinski, president, Ending Pandemics and founder of the Predict and Prevent Initiative at Google.org. We were joined for this campaign by adviser Dr. Stephen Morse, an infectious disease expert who serves as chair of Columbia’s Institutional Biosafety Committee and professor of epidemiology at Columbia Mailman School.

Ahead of more reported to be on the way, including ones from Soderbergh and writer Scott Z. Burns, check out the first batch below. And see more information on the official website.