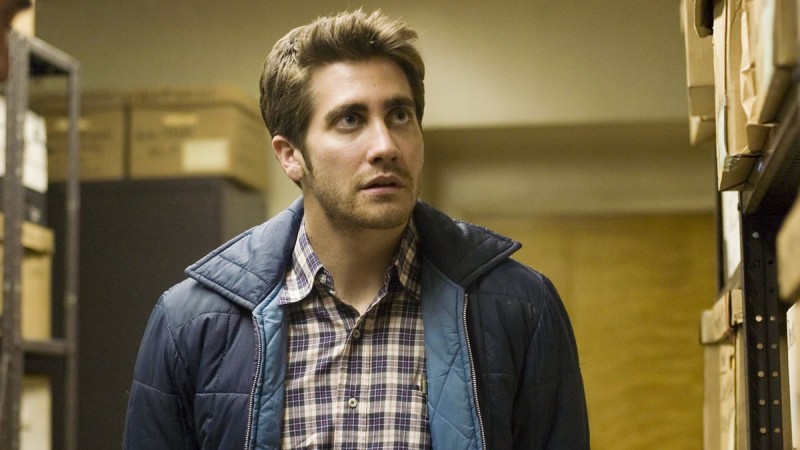 The most ready-made accolades handed out to our greatest film artists are invocations of other art forms. An artist can be labeled “painterly,” “literary,” or perhaps one who’s “sculpting in time.” (But never “theatrical,” by God. One of the first things you learn on the IMDb Message Boards – R.I.P. – is that a movie is NOT a play.) Such is the lot in life for the vulgar medium of cinema, the runt art that in 2007 was tiptoeing into only its second century. The “architectural” art form is invoked for the most meticulous craftsmen, directors whose camera and sets worked together in sharp straight lines to create worlds that often literally loom over their characters. Usually Hollywood artists, the “architectural” filmmakers include Alfred Hitchcock, Fritz Lang, and have David Fincher as a modern spiritual heir. Fincher’s 2007 masterpiece Zodiac prominently features works of brutalist architecture inside which the hunt for the Zodiac Killer is carried out by a group of obsessives. It is about the flowering and wilting of that obsession in the face of mounting indifference, and the failure to find any closure for the hole that an obsession creates. It’s a carefully brutal film.

There are murders in this movie — and very frank ones, at that — but the film is less about the jagged horrible crimes than the institutions and city whipped up by them. Our main investigator – among many – is a cartoonist and puzzle enthusiast named Robert Graysmith (Jake Gyllenhaal), who’s driven mostly by a fascination with the codes and patterns employed by the Zodiac in his letters and behavior. The Zodiac’s love of patterns form the structural basis for much of the film; patterns of behavior form over time within visual patterns etched in city space.

Zodiac is also about how those patterns break and confound. The investigation is unsolved, despite our characters spending a decade or more on it, partly because of how the Zodiac’s patterns change, and how the patterns of investigation used on him prove fruitless. Time and again investigators dwell upon the wrong details, running up what Inspector Toschi (Mark Ruffalo) calls “blind alleys.” The events of Zodiac are the ruin of this pursuit up blind alleys; when the unstoppable force of obsession meets unknowable truth, we are left with this piece about a ten-year-old movie based on a thirty-year-old book itself based on a nearly fifty-year-old series of unsolved murders. The Zodiac Killer destroys lives, and the investigation into the Zodiac Killer drags a few lives down with it.

Though our collective fascination with bizarre killings and the art they inspire is hardly new, there seems to be a kind of cottage industry of true and true-ish crime drama (whether Netflix shows, HBO shows, or podcasts) that has recently been able to occupy a recurring slot in our cultural conversation. None, of course, have any of Zodiac‘s sense of history, formal mastery, and honest emotional undercurrent. Many of these pieces of media — okay: pressed to give an example, I’ll cite the wholly loathsome The Night Of — share a clinical tone with Zodiac, but they never outshine the master.

None of those works are even as scary as Zodiac, to say nothing of their intellectual shortcomings. There is one rightly famous scene in which Robert Graysmith enters a stranger’s basement during their discussion about Zodiac suspect Rick Marshall. The recurrent clue about the Zodiac that “not many people own basements in California” finds payoff when the man tells Graysmith that he owns a basement and that he drew the posters Graysmith believes were drawn by Marshall. The man moves sinisterly to the basement and Graysmith, consumed by the inexorable hunger for truth that fear only amplifies, surprises no one by following him.

This man is not the Zodiac, and our protagonist will not be killed here; we know this, and he probably does, too. But Graysmith and the viewer are on complete autopilot. Our shared desire to know what’s down there automates our movement, and our fear supplants what we have already reasoned. The floorboards above creak with imaginary footsteps, and the autopilot fear has now sewn itself completely into the architecture around us. The fear comes from subliminally knowing how little control we have, all of which is down to Fincher’s sly manipulations throughout the scene. This is master-level horror filmmaking, in with a shout for the greatest scene the director has yet filmed.

Plain fear is not the primary objective of Zodiac, though Fincher does include that one scene to remind us that he could make us afraid, were he so inclined. The most vexing question when it comes to telling of the hunt for the Zodiac Killer is how a storyteller could elide across time and follow the many strands of this decades-long unsolved mystery while maintaining a feeling of continuity between events. The film, like the reality of the investigation, provides little details to establish patterns and connections, but only enough to make the frustration and indifference more pronounced. At one late turn, Paul Avery (Robert Downey Jr.) drives left and a cab pulls into the frame with Graysmith in the back seat, mimicking the location and blocking of the Zodiac’s taxicab murder in 1969.

By this point, when the investigators do communicate with one another, it is in a shared language of the false leads and failed investigative routines they have all undertaken. Our main characters converge on a movie theater to watch their failed pursuit of the Zodiac turned into Dirty Harry. This is immediately followed by a dead-end conversation between Graysmith and Inspector Toschi in the lobby. Then four years pass. Time hangs on moments like this as the film lurches into the burnout of the 1970s.

As detectives wash and the mystery fizzles, the architecture builds up around them. In one scene, when the last investigative frustrations force Toschi away from the case for years, he muses about his suspect, Arthur Leigh Allen (John Carroll Lynch): “I can’t tell if I wanted it so bad because I thought it was him or wanted it to be over.” He is framed under cut-out squares in the ceilings, brutalist architecture forming an empty black grid. At another juncture of frustration, an entire year’s passage is conveyed in a time-lapse via the construction of the Transamerica Pyramid, completed in 1972. The truth remains a void, but structures continue to go up upon it and the city of San Francisco marches on, though the viewer cannot help but become sidetracked by details that hint at a solution to the mystery inches beyond what we already suspect.

Little facts tease you. Each time I watch Zodiac, without fail, it has pushed me, upon finishing the film, to spend about as much time as the movie’s own length (157 minutes) scouring Zodiac theory websites. As exhaustive as they are speculative, websites like Zodiackiller.com have remained regularly active for over a decade. Fittingly, the mystery has only snowballed even further, as the majority of their enthusiasts and contributors have become fixated on one Richard Gaikowski. They are constantly scouring for evidence to add to the ample pile suggesting Gaikowski’s identity as the killer. Gaikowski is never mentioned in Zodiac.

Zodiac would have you be the Scottie to the truth’s Madeleine, locked in obsessive pursuit and stranded ten yards behind. There is a post-script set all the way in 1991, an empathetic return to the first zodiac victim, Mike Mageau (Jimmi Simpson), who’s brought in for questioning in some dingy breakroom in an Ontario airport — no doubt an exteriorizing of his mental state — and shown a series of photographs. In the final shot of the film, he identifies Arthur Leigh Allen, Graysmith’s main suspect, as the man who shot him. Fincher lingers on Mageau’s face with necessary melancholy and empathy as the film ends. (Zodiac feels quite a bit less ethically suspect than its descendants, which are often polished exploitation.) Fincher takes no pleasure in immediately after reporting the irony that Arthur Leigh Allen died of a heart attack before police could question him, nor the further gut punch that DNA evidence exonerates him. There’s no going back to square one.