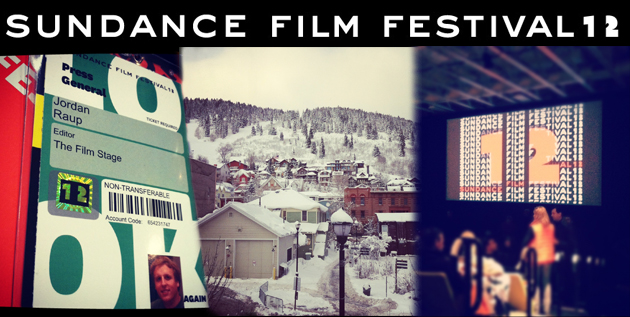 The Best of Sundance Film Festival 2012 After over 60 separate viewings, many interviews and very little sleep, Sundance Film Festival 2012 has concluded and we’re here to bring you the best of the fest, along with our complete rundown of coverage. Many of the films below have been acquired so look for them in theaters in the coming year and stay tuned as we’ll continue to bring you updates of the best. Thanks for following and we’ll see you next year from Park City!

One of the most simple and most impressive films to show at this year’s Sundance, Matt Ross‘ feature debut takes a very little and squeezes a whole lot out, featuring the two strongest performances of the festival from Chris Messina and Marin Ireland. This film should inspire any filmmaker determined to make a strong feature on a shoestring budget. – Dan M.

Its rare in this day and age of artificial special effects and over the top big budgets, that a film truly transports you to another world. Such is the case with Benh Zeitlin‘s impressive debut feature that takes you on a journey into the Bathtub, a fictionalized bayou backwoods community of Louisiana that serves as parable for living on the edge of the world. Told through the eyes of 6 year old girl Hushpuppy, Quvenzhané Wallis who delivers perhaps the greatest child performance of recent history, the film is a whirlwind of wonder and foreboding doom. Expertly shot cinematography, amazing art direction, energetic music and a fascinating script made Beasts of the Southern Wild the most unique cinematic experience I had at this years Sundance. – Raffi A.

In Craig Zobel‘s Compliance, the relatively young filmmaker is able to expertly illicit uncomfortable and unpleasant emotions while events unfold on screen. Its done in a manner so effective, that its hard not to praise the film for its cold calculating presentation of a disturbing true story. Without giving away too much, the plot centers around a group of fast food employees whose day suddenly goes awry after a phone call shatters the perception of control and serves as a sobering reminder of the power of authority. In the wrong hands this film could have turned disastrous, but Zobel should be praised for his restraint in direction along with the superb performances he elicits from the cast. – Raffi A.

Rarely, if ever, has a movie compelled me to go instantly buy another. This painstakingly detailed exploration of Stanley Kubrick‘s The Shining forced me to immediately upgrade to the Blu-ray of the 1980 classic. Going through nine different theories and themes, Ascher opens up new wonders I never saw, even after many, many viewings. With the footage not cleared by Warner Bros., I worry if anyone else will be able to check this out anytime soon. But you’ll want to keep the best documentary at Sundance close on your radar. – Jordan R.

One of the most divisive films coming to the festival this year was Antonio Campos‘ follow-up to Afterschool. Coming off producing one of my favorite films of the year, Martha Marcy May Marlene, Simon Killer was high up on my most-anticipated list. With its focused style, great performances (especially from Brady Corbet) and mesmerizing audio and visual landscape, this story of a stranger in a strange, strange land completely delivered.  – Jordan R.

Sleepwalk With Me (Mike Birbiglia) (review)

The best of comedian Mike Birbiglia, and much more. This is a surprisingly moving, modest motion picture about chasing dreams and leaving people behind, and how hard it is to do both. Especially at the same time. It also features a montage powered by a Backstreet Boys song, which is kind of incomparable. – Dan M.

Delivering my favorite performance of the festival is Mary Elizabeth Winstead, with her heartbreaking turn as an alcoholic in Smashed. While there are some conveniences in the story’s structure, they don’t detract from this powerful showing from a promising up-and-comer. A single scene where Winstead smiles, talking about her addiction, then sinks into sorrow just moments later epitomizes the talent on display here. – Jordan R.

After a few dark turns, John Hawkes returns to Sundance with a stirring, sympathetic lead role. The Surrogate captures the sexual awakening breakthrough of the polio-stricken Mark O’Brien (Hawkes), in which writer/director Ben Lewin could have easily stepped into over-sentimental territory. Despite its TV aesthetics, he ends up excelling in crafting a rich, moving story with fully fleshed-out characters, while striking an immaculate balance of comedy and drama. – Jordan R.

For anyone who has seen last year’s Rubber, a film about a sentient tire who goes on a killing spree, you would know that Quentin Dupieux is not interested in the ordinary conventions of moviemaking. Instead, the finicky Frenchman is continuing to define his voice as a uniquely surrealist/absurdist filmmaker creating worlds that are reminiscent of both Fellini and Buñuel. Wrong is a more subdued and accessible film than Rubber, and despite its offbeat humor and seemingly randomness it comes off as surprisingly heartfelt and emotional. Dupieux creates an atmosphere of bizarre wonder and ties the logic to the strange and special bond that pet owners have with their pets. – Raffi A.

The So-So: The Comedy, For a Good Time, Call.., The End of Love, The First Time, Elena, Keep the Lights On, Excision, GOATS

The Bad: Lay the Favorite, Robot & Frank, Save the Date, Filly Brown, Kid-Thing Director Quentin Dupieux on the Logic of ‘Wrong’