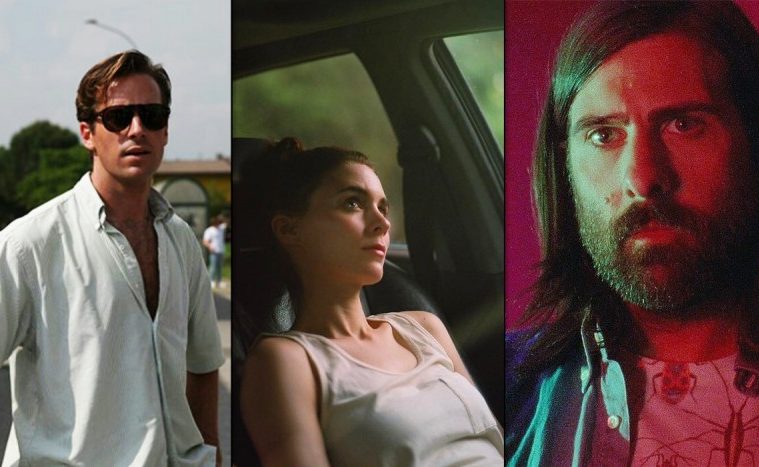 The Best Films at the 2017 Sundance Film Festival

With over 50 films reviewed, a number of interviews conducted, and more coverage coming from the Sundance Film Festival, it’s time to wrap up the first major cinema event in 2017. We already got the official jury and audience winners (here), and now it’s time to highlight our favorites, as well as complete coverage from the festival.

One will find our favorites (in alphabetical order), followed by the rest of our reviews (from best to worst, including previously premiered features), then interviews as they are published. Check out everything below and stay tuned to our site, and specifically Twitter, for acquisition and release-date news on the below films in the coming months.

Playwright, author, screenwriter, and director Helene Hegemann has said (through her publisher) that, “There’s no such thing as originality anyway, just authenticity.” The words were spoken after her debut novel Axolotl Roadkill earned critical praise, a spot as a finalist for a major book award, and multiple, potentially damning plagiarism claims. Hegemann was seventeen when it published and admitted to the cribbing as soon as it was brought to light. She blamed her generation’s penchant for mixing and sampling, for taking what’s bouncing around the æther and making it her own with newfound honesty and meaning. Say what you will, the book sold and kept selling. This German phenom hit upon the zeitgeist with her tale of drug-addled excess and mental instability — in subject matter and process. – Jared M. (full review)

Burgeoning sexuality is the basis for nearly all coming-of-age films, but with her specific eye, Eliza Hittman makes it feel like we’re watching this genre unfold for the first time. With only two features to her name, she’s captured the experience with a sensuality and intimacy nearly unprecedented in American independent filmmaking. Following 2013’s It Felt Like Love, the writer-director follows it with another look at the teenage experience in Brooklyn for this year’s Beach Rats, this time with a protagonist five years older and of a different gender. – Jordan R. (full review)

From start to finish, The Big Sick, directed by Michael Showalter, works as a lovingly-rendered, cinematic answer to the dinner party question: “So how did you two meet?” Based on comedian Kumail Nanjiani‘s real life (he co-wrote the screenplay with his wife Emily V. Gordon), we meet Kumail (Nanjiani) as he finishes a stand-up set in Chicago. He becomes fast friends with a wooting heckler named Emily (Zoe Kazan, lovely), and a relationship begins to blossom. – Dan M. (full review)

Call Me By Your Name (Luca Guadagnino)

“I have loved you for the last time,” Sufjan Stevens sings in his original song “Visions of Gideon” in Call Me By Your Name. It’s a moment of both bittersweet happiness and a farewell to a passion that won’t be replicated again for Elio (Timothée Chalamet) as, deep down, he knows his relationship with Olivier (Armie Hammer) is over after his six-week stay in their Italian villa. Luca Guadagnino’s disarmingly nice and intoxicatingly sexy film is an extraordinary queer romance, one that evocatively explores the body and mind’s surrender to lust and love. – Jordan R. (full review)

Cut together with gut-wrenching intensity and packed with footage that feels equal parts remarkable and horrifying, Cartel Land director Matthew Heineman returns to Sundance with City of Ghosts, a 90-minute documentary chronicling the lives of the head members of Raqqa is Being Slaughtered Silently (RBSS). A campaign made up of activists based in the Syrian city of Raqqa and around the world, these young men risk their lives to garner intel on and about ISIS, what they’re doing and what they plan to do. As the Arab Spring brought revolution to countries like Syria, the vacuum of potential democracy was filled by a militant group calling themselves the Islamic State (ISIS). – Dan M. (full review)

The path to becoming a director is one generally accompanied by a profound knowledge of film history, but that passion is rarely more public then when it comes to kogonada. After years of working on visually detailed video essays for The Criterion Collection, Sight & Sound, and more, he’s now made his directorial debut with Columbus, an impeccably composed drama of quiet humanity and curiosity. If his nickname wasn’t enough of a hint, traces of Yasujirō Ozu’s influence can be found, but this first-time director has created something distinctly his own. – Jordan R. (full review)

The premise is a simple one. A man only credited as C (Casey Affleck) dies after a head-on car accident in front of his house, leaving behind his wife, M (Rooney Mara). After examining his corpse at the hospital, she leaves the room, and, covered by the white cloth over his body, his ghost rises up and returns home to observe the grieving widow he left behind. If one thought only a spooky, small-scale haunted house tale is to follow, David Lowery’s latest is proof that a premise is merely a foundation. Beginning with the beauty, patience, and humor of an Apichatpong Weerasethakul movie before segueing into the existential musings reminiscent of Richard Linklater dialogue, and then infinitely expanding its scope to become a stunning meditation on the passage of time, A Ghost Story is one of the most original, narratively audacious films I’ve ever seen. – Jordan R. (full review)

There are no screaming matches or overt arguments, nor is there any sort of frenetic camera work, yet Golden Exits is unmistakably the work of Alex Ross Perry. The insecurities that bubbled up and exploded through his characters in Listen Up Philip and the even-more-heightened Queen of Earth stay grounded with his relatively small-scale latest film, these anxieties rather becoming the subtext for nearly every conversation. It’s a work of small decisions and jabs, glances and non-action. Should I stay at this bar where temptation exists? Should I continue staring at a woman that will only bring upon personal suffering? – Jordan R. (full review)

It’s commonplace for a fan to say of an actor or actress they like: “I would watch him or her in anything.” The Hero, written and directed by Brett Haley, makes the case that one could watch Sam Elliott do most anything and be enraptured. Mind you, this is in no way a backhanded compliment. There’s plenty to grab on to here. – Dan M. (full review)

“I just want people to not be assholes.” It’s the theme of I Don’t Feel At Home In This World Anymore, directed by Macon Blair, and something the film’s heroine Ruth (a pitch-perfect Melanie Lynskey) utters more than once. She’s a woman surrounded by assholes, doing her best to ignore them. Suffice it to say, this is a thoroughly relatable picture. People don’t pick up after themselves. They cut in line. They willingly spoil endings to others without another thought. – Dan M. (full review)

Opening on intricately hand-painted, colorful postcards featuring Los Angeles sights, the distinct eye of Michelle Morgan immediately emerges. Her directorial debut, which she also wrote and leads, takes inspiration from a variety of sources, from these Wes Anderson-esque opening credits to the Whit Stillman-styled dialogue, but as the film progresses and a comedic rhythm clicks into place, L.A. Times blazes its own distinct, disenchanted trail of romance in the modern age. – Jordan R. (full review)

Nobody Speak: Gawker, Hogan, and Trials of a Free Press (Brian Knappenberger)

Nobody Speak: Gawker, Hogan, and Trials of a Free Press uses a salacious story and website as the launching pad to discuss where we currently are, so much so that I imagine director Brian Knappenberger — who uses footage from President Trump’s infamous press conference only a few days before the film’s Sundance premiere — may wish to stay on the story. Gawker, a site spun out of Gizmodo, was founded to share the types of stories mainstream news outlets would often shy away from, including celebrity sex tapes, outings, drug use, and allegations that have swirled but not picked up traction. – John F. (full review)

Somewhere in America, a man named Philip teaches his young son how to take down a trophy buck. Rifle in hand, eye peaking through the scope, the kid takes the shot. Direct hit. The father makes sure to get a couple of photos of his son, holding up the hunted, proud smile on his face. Moments later, we are in South Africa, where Rhino breeder John Hume and his team find a rhino, sedate it, and trim it’s horns as a means of protection, so poachers will ignore the lesser stumps and move along. It’s an interesting opening to Trophy, a complicated look at big-game hunting from director Shaul Schwarz. – Dan M. (full review)

Where is Kyra? (Andrew Dosunmu)

So much of so many film festivals — Sundance especially — feel enormously focused on metropolitan life, New York City in particular. In Where Is Kyra?, director Andrew Dosunmu finds fertile ground in this well-worn location. Starring an against-type and utterly fascinating Michelle Pfeiffer as the titular Kyra, the film narrows in on the tragedy of getting old in America. – Dan M. (full review)

Dedicated to Michael Brown Jr., Whose Streets? is an alarming and vital documentary chronicling the grassroots formation of Black Lives Matter as well as efforts in Ferguson. A narrow document of time and place, it allows the story to unfold as it did on a local level — in a clutter of confusion, tweets, and amateur video as the Ferguson Police Department show up with guns and tanks to what starts as a peaceful protest. – John F. (full review)

Riley Keough on The Discovery, an Afterlife, Sci-Fi Favorites, and Her Promising Year

Which Sundance 2017 premieres are you most looking forward to?