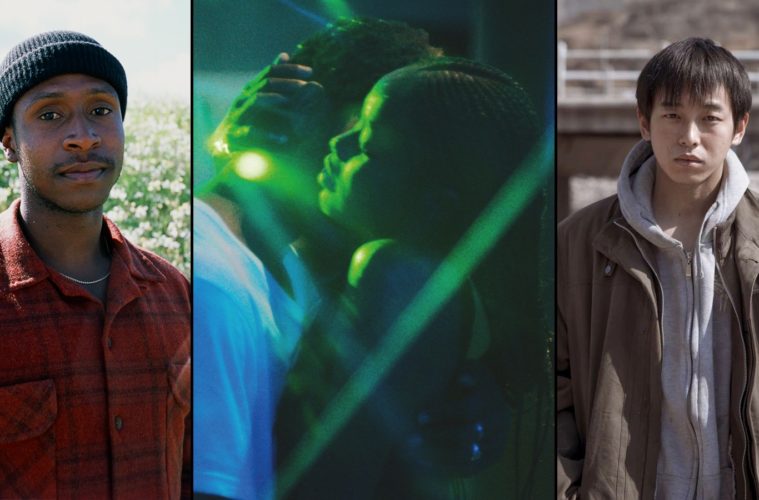 The Best Directorial Debuts of 2019

While we aim to discuss a wide breadth of films each year, few things give us more pleasure than the arrival of bold, new voices. It’s why we venture to festivals and pore over a variety of different features that might bring to light some emerging talent. This year was an especially notable time for new directors making their stamp, and we’re highlighting the handful of 2019 debuts that most impressed us.

Below, one can check out a list spanning a variety of different genres and many are available to stream here. In years to come, take note as these helmers (hopefully) ascend.

Set entirely within the confines of a luxurious Mexico City hotel, mostly in rooms and service corridors, The Chambermaid is a fascinating observational drama and occasional allegory for the haves and have-nots. Gabriela Cartol stars as Evelina, a 24-year old single mother working on her GED in a program provided (and later canceled) by the hotel’s union. Like Blue Crush, another film that contained explicit scenes of hotel maids cleaning up after guests, The Chambermaid doesn’t shy away from the usual demands of the job, from a guest who insists on having his room stocked with five times the amenities he needs to a wealthy Argentina woman who calls Eveline to her room to essentially babysit. When her son takes to Eveline, she’s given a tentative offer to leave the hotel behind for a new life in Argentina. – John F. (full review)

If the protagonist of Diamantino reminds you of a certain celebrity it is, as we can only presume, not accidental. The character in question–for whom this hallucinatory tale is named after–is a professional footballer who plays up front for the Portuguese national team. He sports diamond stud earrings (one in each ear), has a glow best described as maintained bronze, and apparently has yet to find a greater joy in life than pulling off his jersey after scoring a winning goal in order to better share with the world his rippling abs. Are we there yet? – Rory O. (full review)

End of the Century (Lucio Castro)

Two travelers—Ocho, an aspiring poet from New York, and Javi, a Spanish director from Germany—spend a single day together in Barcelona in the opening act of Lucio Castro’s debut feature End of the Century. Though they converse as if they had just met and hook up with the awkward nervousness of first-time lovers, it is clear that there is nothing casual or chance about their encounter. Their chemistry gives it away. Each layer added to the story—a second act prologue of their first meeting and a third act finale of their future—provides no answers and further complicates things, expanding the boundaries and limitations of time and space in order to properly represent their enigmatic relationship to one another. End of the Century is a love story drenched in a nostalgic magical realism that constantly shifts its own logic, as if recognizing the futility of containing its uncontainable romance. – Jason O. (full review)

What most strikes in Feast of the Epiphany is a sense of conviction and fidelity, a willingness to document things as they are: unvarnished and imperfect. Though the two halves only connect back for a fleeting instant at the very end, and otherwise represent entirely different visions of what a specific place can contain, neither is “incomplete” in and of itself; both are allowed the proper time to linger and settle. Koresky, Reichert, and Zaman’s daring is thus no mere gambit: it registers less as a simple bait-and-switch and much more as a conscious, courageous attempt to recalibrate notions of society and belonging. – Ryan S. (full review)

I Lost My Body (Jérémy Clapin)

Hands down one of the best animated films of the year, Jérémy Clapin’s directorial debut I Lost My Body tells parallel narratives: one, a more traditional romance between a failed pizza delivery driver and one of the women he delivers to; the other, a quest following a severed hand’s journey back to its owner. While the latter narrative may sound gruesome, Clapin’s film is, instead, hopeful, providing a previously unimagined emotional connection to a disembodied appendage. The ways in which these two narratives intertwine, and The Red Balloon-esque journey that the hand takes, balances an emotional journey that reflects on the role of trauma within the present, and the myriad ways in which we deal with loss. – Christian G. (full review)

I have never stepped foot in San Francisco, never lost a home–and a family–under the weight of gentrification, and never drifted through my childhood turf the way Jimmie Fails does in Joe Talbot’s lyrical and nostalgic debut, The Last Black Man in San Francisco. And yet, from the first shot until the last, this achingly melancholic ode to friendship and belonging shimmers with the sepia-tinged glow of a fading memory, rescued and crystallized by two best friends into eternity. Talbot’s debut feature is a tribute to and about San Francisco, but it transcends the city it celebrates. It’s an inclusive tale, a journey inward as much as it is homeward, where a young man’s struggle to turn his old house into a home swells into a more complex quest to rekindle something tucked deep within. – Leonardo G.

It’s 19th century Vietnam and fourteen-year-old May (Nguyen Phuong Tra My) has just been married to a wealthy landowner named Hung (Long Le Vu). She wears a genuine smile on her face, this next chapter in life as hopeful as it is scary. She has two other women to help steer her through womanhood, motherhood, and sexual pleasure (Nu Yên-Khê Tran’s first wife Ha and Mai Thu Huong Maya’s second wife Xuan) and a future of comfort awaiting her with but one goal: bearing a son. A bloody sheet is displayed to represent consummation; a growing belly to prove no time was wasted for conception. And as the days progress with less and less to do thanks to servants, May’s eyes and mind begin to gradually wander. – Jared M. (full review)

If there is an image to best introduce audiences to the grimy cinematic world of Ray & Liz–the remarkable debut feature of Turner prize-nominated visual artist Richard Billingham–it might be, fittingly, the very first one to hit the screen: that of a cracked, burnt-out light bulb filmed dangling beneath a nicotine-stained ceiling. Billingham has spent much of his career as an artist documenting and, in his short films, dramatizing the lives of his father Raymond (a chronic alcoholic played here by Patrick Romer and, as a younger man, by Justin Salinger ) and mother Elizabeth (Deirdre Kelly and–best of all–Ella Smith) and Ray & Liz could be viewed as a culmination of that work. It’s an immersive poetic-realist dive into the artist’s fractured memories of his parents during the time he spent growing up in Birmingham in the ‘70s and ‘80s. – Rory O. (full review)

The film begins in total silence to the point where you wonder if something went wrong with the sound. The camera pans through still trees until finding Gannon (James Badge Dale) on the ground with rifle ready to take out the deer we can assume is somewhere out of frame. It’s only when we hear the pop of guns in the distance that we realize first-time writer/director Henry Dunham has been meticulously ensuring that we process exactly what he needs us to before heading towards the solitary locale we’ll spend the rest of The Standoff at Sparrow Creek‘s short yet tense 88-minute runtime. Having Gannon visible when those blasts go off is deliberate because there must be no question that he’s the one man we can implicitly trust. – Jared M. (full review)

Something is causing the ground to shift underneath a new Chinese suburb in writer-director Qiu Sheng’s intriguing, adept debut feature. High-rise towers are listing to the side, and residents are being evacuated. As Suburban Birds begins, a team of engineers is on-site to investigate the cause—ideally quickly, without disrupting the planned subway tunneling, so that this little part of China’s development boom can proceed. Make way for tomorrow! It’s left to Qiu to survey the restless earth around the foundations of the future, via a subtle structural gambit that marks his voice as one worth listening to. – Mark A. (full review)

What are your favorite directorial debuts of the year?