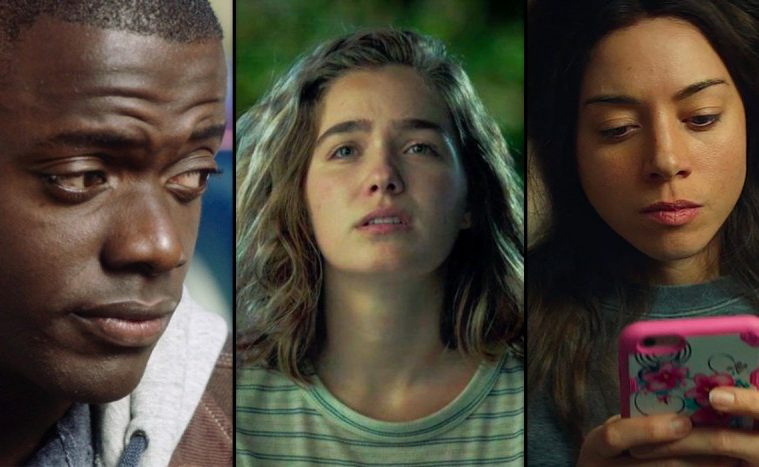 The Best Directorial Debuts of 2017

While we aim to discuss a wide breadth of films each year, few things give us more pleasure than the arrival of bold, new voices. It’s why we venture to festivals and pore over a variety of different features that might bring to light some emerging talent. This year was an especially notable time for new directors making their stamp, and we’re highlighting the handful of 2017 debuts that most impressed us.

Below, one can check out a list spanning a variety of different genres and distributions, from those that barely received a theatrical release to wide bows. In years to come, take note as these helmers (hopefully) ascend.

Osgood Perkins’ debut feature, The Blackcoat’s Daughter – originally known as February at its premiere – is a stylish exercise in dread, teasing out its slow-drip horrors with precision, and building a deliriously evil presence that hovers along the fringes. However, there’s a thin line between mystery and vagueness in storytelling, and it becomes difficult to decide where a film fits when it only works in the context of a specific structural order. Read my full review. – Mike S.

The path to becoming a director is one generally accompanied by a profound knowledge of film history, but that passion is rarely more public then when it comes to kogonada. After years of working on visually detailed video essays for The Criterion Collection, Sight & Sound, and more, he made his directorial debut with Columbus, an impeccably composed drama of quiet humanity and curiosity. If his nickname wasn’t enough of a hint, traces of Yasujirō Ozu’s influence can be found, but this first-time director has created something distinctly his own. – Jordan R. (full review)

Jordan Peele’s remarkable leap from cable comedy star to A-list writer-director came swiftly with success of Get Out, a brilliant horror-satire about race. Has any horror movie since Silence of the Lambs resonated with audiences and critics alike in such a profound fashion? The film’s ingenious premise could have easily faltered or felt tone deaf, were it not for Peele’s precise mastery of style and tone. Peele’s camera (lensed by cinematographer Toby Oliver) cleverly avoids any overt visual flourishes, the sort of flashy shots so commonplace in first features which thirstily call attention to themselves, in favor of creating a grounded emotional reality for his characters to inhabit. The reveal, that the film is basically a contemporary look at race through the lens of a fiendish and twisted mad scientist movie, unapologetically pushes the boundaries of shock and realism. Yet, Peele’s visual approach refuses to tip its hat in that direction, playfully misdirecting our attention away from where the story leads. – Tony H.

God’s Own Country is an English film with critical and audience praise in equal measure. Somehow, this small production about gay European farmers with no ‘name’ actors to tout has a life beyond the festival circuit. This is thanks in no small part to Francis Lee, the 48-year-old first-time feature film director. With three short films he’s directed and a lifetime of film, television, and stage acting, Lee depicts farmhand Gheorghe’s (Alec Secareanu) roughneck courting of an alcoholic farm owner’s son, Johnny (Josh O’Connor). Something you rarely see in popular film is the actual, at times brutal flirting among gay men. This film’s masculine pathos and the homophobia experienced by both leads is probably truer to life and a certainly less-glamorous experience of homosocial relations then say the wonderful but ever-polished Call Me by Your Name. – Josh E.

One of the true sui generis films of 2017 and a whatsit in the best possible sense, The Human Surge is as quietly ambitious as any feature film to come out in the past few years. The directorial debut of Eduardo Williams, it uses three filming formats – 16mm, 16mm filming of Blackmagic projection, RED digital – to capture life off the beaten path in Buenos Aires, Mozambique, and the Philippines. Constantly evolving and probing in immaculately choreographed extended tracking and static shots, Williams’s loose, almost documentarian method manages to capture something utterly ineffable about the technologically driven present. – Ryan S.

Curled up in a ball of frustration towards the overall state of things, I Don’t Feel At Home in This World Anymore sticks its middle finger out toward the everyday aggravations and deep-set grievances of someone who, despite themselves, still cares about the world around them. In doing so, writer-director Macon Blair’s directorial debut cleverly navigates awkward humanity on both sides of misunderstandings, coating a quest for petty justice — or perhaps just inner value — with splashes of startling violence, dark humor, and a firm grasp on character. – Mike M.

Here is a film that brutally indicts the viewer, all the while bearing a smile that doesn’t reach the eyes. In Ingrid Goes West, Matt Spicer sets loose a host of social-media-driven neuroses on his cast and then lets them pinball off one another for a deeply uncomfortable and frequently hilarious hour and a half. That it does so with real empathy for the characters only makes it all the more harrowing to watch. – Dan S.

It Happened in L.A. (Michelle Morgan)

One of my favorite discoveries at this year’s Sundance Film Festival was Michelle Morgan’s It Happened in L.A. (then going by the SEO-unfriendly title L.A. Times). As writer, director, and star, her voice was among the most unique I saw at the festival, mixing Whit Stillman’s sensibilities with a Wes Anderson-esque visual approach to deliver a sweet, distinct romantic comedy.  “In an age where the modus operandi of love-seeking is ever-changing, a film can feel immediately dated on its journey from script to screen, yet Morgan’s voice feels like one of the freshest on this particular topic in some time,” I said in my review. “Eschewing the insufferable nature of the bulk of today’s romantic comedies, It Happened in L.A. stands apart with striking style in its self-aware shallowness.” – Jordan R.

Following in a wave of cerebral psychological horror films such as The Witch, It Follows, and The Babadook, Anita Rocha da Silveira’s debut Kill Me Please is the latest art-horror film that’s concerned with the internal repercussions of trauma. But unlike that series of films, Kill Me Please may be more effectively identified as a film about the end of the world. – Michael S. (full review)

Having lost Harry Dean Stanton this fall, the wound still seems too fresh to speak of. While the legendary man’s passing is more than heartbreaking, his final film, Lucky, stands as a glowing testament to his capabilities as an actor. Along with a towering performance in a career full of towering performances (no matter how small the part), the film feels fitting for the final work of Stanton, and one, I would imagine, he would feel is a superb punctuation mark to a remarkable career. John Carroll Lynch — an actor who perhaps was most memorable leaving a brief, but deep impression in Zodiac — makes a distinct mark in his debut, mostly thanks to the man of the hour. – Chelsey G. (review)

The Polish cannibal horror mermaid musical you’ve been waiting for arrived in theaters this year, along with a prestigious release on The Criterion Collection. “A compelling fairytale wrapped in an 1980s rock opera, Smoczynska offers up plenty details to admire from start to finish. Clever world-building touches include the sonar language through which the sisters secretly communicate, the anatomy of their tails and the mechanics/rules of removing said tails. Not to mention the wonderfully over-the-top production design,” we said in our review. “There is far too much here not to recommend. This is nothing if not brazen and intriguing filmmaking, and should be sought out and discussed, despite its shortcomings.” – Jordan R.

Veering between dark comedy and somber drama is a flavor of the times in indie film, but Prevenge puts a new spin on this, tying those emotional shifts more directly to the mindset of its lead character than any other movie of its ilk has yet. That’s because the lead is heavily pregnant. Combine that with serial killing, and the stage is set for an agreeably bloody-minded oddball of a film. – Dan S. (full review)

What was your favorite directorial debut this year?