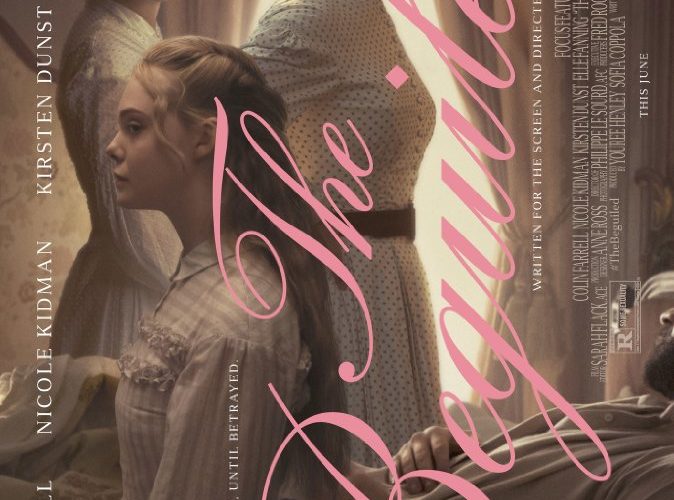 Cannes Review: ‘The Beguiled’ is a Defiant and Sumptuous Genre Outing for Sofia Coppola

Cannon fire rumbles menacingly in the distance, but it’s human desire that might prove to be the greater threat after all in The Beguiled. Set to the backdrop of the American Civil War, Sofia Coppola‘s film is a sumptuous and often campy erotic horror, one that marks a confident debut genre outing for a director better-known for contemporary and often quite personal filmmaking (Lost in Translation, Somewhere, etc.). Although primarily based on the 1966 book by Thomas Cullinan, it appears, at first glance, to be a remake of Don Siegel’s 1971 film adaptation rather than any sort of new reading of the original text. Coppola, of course, is far too clever for that.

Colin Farrell portrays Corporal John McBurney, previously played by Clint Eastwood, a Union soldier who is found injured in a Mississippi forest by a young girl who decides to take him to her secluded Catholic presentation school to recover. Upon arrival he is taken in by the school’s good-natured but cautious inhabitants: headmistress Martha (Nicole Kidman); a teacher named Edwina (Kirsten Dunst); and four young students, most notably the hot-and-bothered Carol (Elle Fanning). The women at first want to hand him over to the local Confederate soldiers but are reluctant to do something that might be perceived as un-Christian. Whatever the case, they are soon victims to McBurney‘s charms.

The rough-around-the-edges Farrell — who looks devastating after a quick shave — is a fine fit for the role, and Coppola cleverly exploits the actor’s Dublin accent to suggest that McBurney is a new recruit, perhaps a mercenary, who has been enlisted straight off the immigration boat. The women naturally support the South, and the fact that McBurney might not have any grand political connection to the war effort allows their apprehensions to thaw. “It wasn’t brave of you to run,” Edwina exclaims. “But it was smart, I think,” he replies. It’s the response of an opportunist or, perhaps more accurately, a survivor.

In a bid to prolong his stay, the corporal finds ways of appealing to each woman’s desires. The headmistress wouldn’t mind having a man about the place. The delicate Edwina wishes to get away from it all. Although each woman is physically attracted to McBurney, young Carol (played with mercurial eroticism by Fanning) shows the most interest in pleasures of the flesh-based variety. The film is at its best in a couple of central set pieces when Farrell is forced to simultaneously keep up each conflicting façade.

Shooting in New Orleans, Coppola and her production team — including The Grandmaster cinematographer Philippe Le Sourd — have created a fully realized world of eroticism, humidity, and Southern Gothic atmosphere. The characters are simply engulfed by it, almost to the point that even the twisted willow trees appear to be reaching out to grab them. Indeed, it is a far more beautiful work than Siegel’s original (and it’s fun to think of Coppola remaking other films from his back catalogue) but also the more vanilla outing. Gone is the suggestion of incest that gave the headmistress character such edge, as is the explicit visualization of the story’s centerpiece, a brutal amputation.

The decision to strip away these scenes (moments that Siegel used to show the women in a deranged light) is obviously a conscious one from Coppola, and while leaning more on the female perspective is both on-point and harmless to the film’s most delicious qualities of seduction and desire, it does, for reasons that become apparent, come at the expense of some of the story’s horror. The McBurney character is softer here, but so is Kidman’s headmistress, and, despite the fact that a number of characters get involved in some gruesome events, we’re never quite led to believe that any party is particularly capable of real malice. But then maybe that’s the point. Indeed, the women of Siegel’s film simply get jealous and lose their marbles. The most fascinating thing about Coppola’s version might be the fact that the director makes abundantly clear that these women were better off without him.

The Beguiled premiered at the Cannes Film Festival and opens on June 23. See our coverage below.