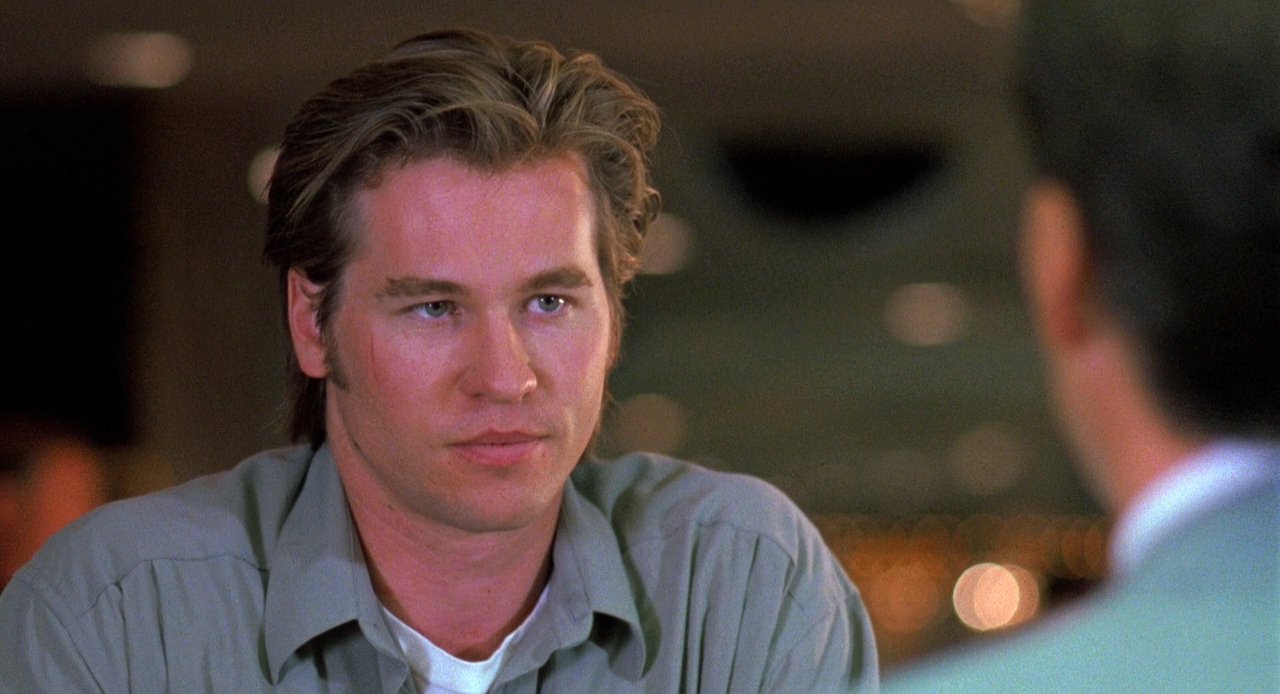 Today, we discuss one of the most intriguing actors of his generation: Val Kilmer! To tackle such an enigma, we bring in the legendary Katie Walsh! A must-follow on Twitter, a co-host of the insatiably-entertaining Miami Nice Podcast, and an accomplished writer. The B-Sides featured today are: Kill Me Again, At First Sight, The Salton Sea, and Mindhunters.

We discuss how Kilmer was a prodigy––the youngest student admitted into Juilliard’s drama department––before his Broadway debut in the (ultimately) star-studded Slab Boys. There’s talk of his well-documented penchant to be difficult on set, as well as those who defended him and his abilities.

We confront Dan’s deep admiration for the poorly-aged The Salton Sea, make brief mention of other B-Sides like Thunderheart, The Real McCoy, and Spartan, and reference both Kilmer’s autobiography I’m Your Huckleberry and the 2021 documentary Val. Finally, we acknowledge that perhaps Val Kilmer was ultimately a movie star that never really wanted to be a movie star.