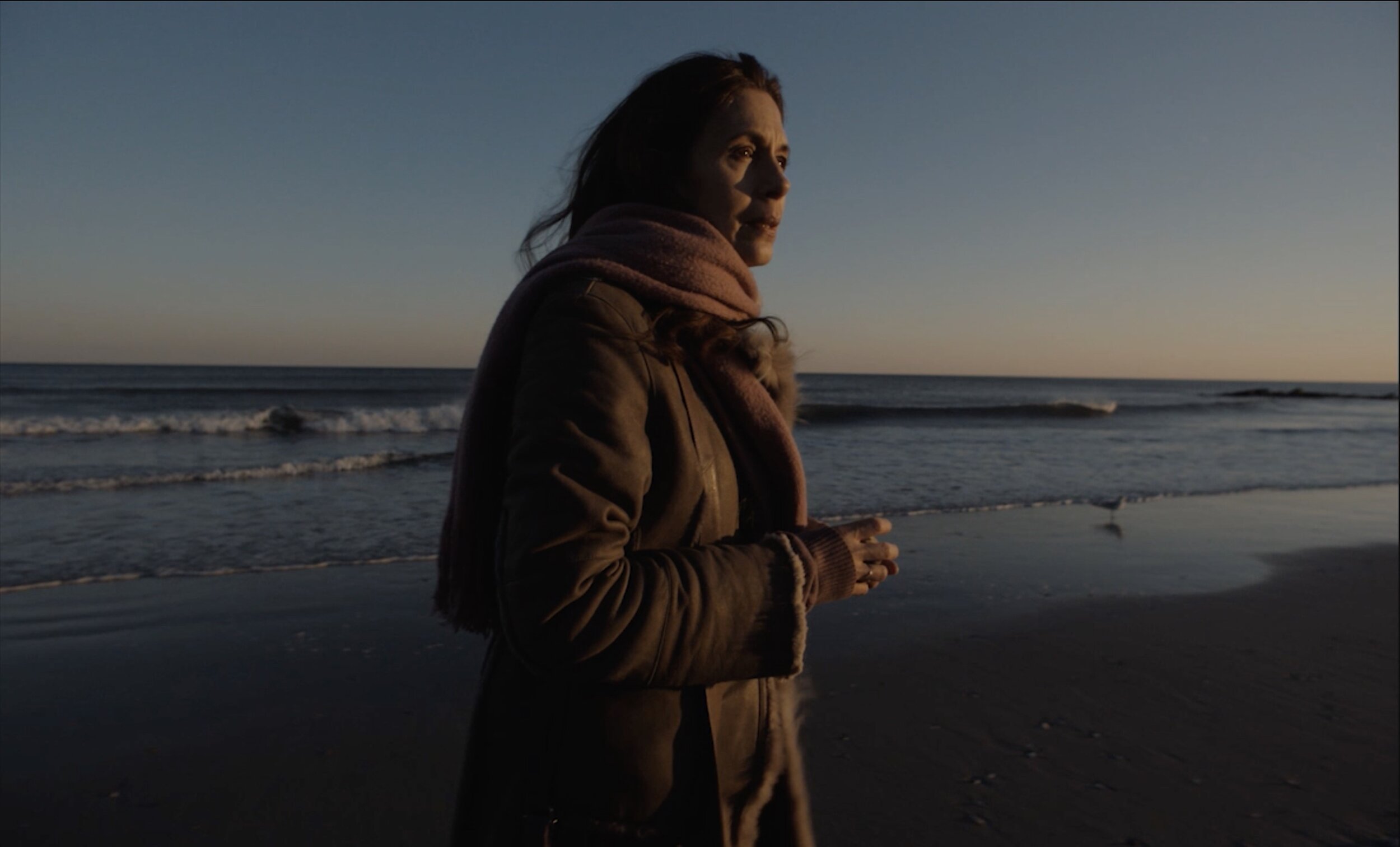 Despite a relatively unassuming title, Henry Butash’s ruminative feature debut, The Atlantic City Story, is a quietly profound, muted character study, following two wayward souls at a crossroads in their lives, looking to the faux-glamour of Atlantic City as a possible escape. While hitting familiar narrative beats, the film features a career-best performance by notable character actor Jessica Hecht and relative newcomer Mike Faist (perhaps most famous for his work in Dear Evan Hansen), marking an auspicious debut for the first-time director.

Trapped in a seemingly routine marriage, Jane (Hecht) decides to flee her suburban Jersey life on her birthday, buying a bus ticket and, ultimately, a hotel room in the casino. Perhaps unsure herself why she is taking the trip, she wanders through the casino floor before finding a roulette table where Arthur (Faist) is sitting. Arthur, with his layered coats and baseball hat tucked low to his eyes, is a concentrated, addicted gambler. When he loses all of his money and leaves the casino, Jane follows him, ultimately striking up a tender friendship with the younger man. The rest of the film dances around their relationship, as each slowly reveals the reasons they came to Atlantic City. While this budding friendship initially teases Jane’s matriarchal feelings towards Arthur (she tells him about her similarly aged son, at one point), this soon leads to romantic inclinations.

Yet the film isn’t fully concerned with whatever progress their relationship takes, as their friendship is transient by design. Jane and Arthur meet and spend most of the film slowly revealing themselves, as they wander through the stark cityscape of Atlantic City, oscillating between the glitzy casinos and the rougher locales, precisely because they are strangers to each other. Jane and Arthur’s time together will perhaps only be a blip, but the repercussions of a few days spent together echo in the end, as they both attempt to build back their previous lives.

Butash, who previously worked as an assistant on a number of late-period Malick films (Knight of Cups, Voyage of Time, Song to Song) has, like A.J. Edwards before him (Butash also worked on Edwards’ debut The Better Angels), crafted a small-scale film that revels in personal intimacy. The film’s more traditional narrative moments are punctuated by long walks that Jane and Arthur take through the seemingly abandoned city-scape, as orchestral music bellows in the background, serving as interludes. These sequences, with Butash’s use of steadicam, are perhaps the most Malickian, and also the most profound. Jane and Arthur ballet around each other, cagey to give up too much of their life stories, while also desperately needing some type of connection. Building on Jane’s love of opera, these walks serve as leitmotifs, recurring throughout the film as Jane and Arthur explore their inner lives.

As the two float through the city, the boardwalk, and ultimately a shuttered amusement park, they slowly begin to open up, each self-reflectively realizing that they are, as Jane articulates at one point, clichés: The Runaway and The Addict. What might serve as overtly meta-moment in a lesser film, instead opens them up as three-dimensional characters, unsure how to break out of the narrative and thematic constraints that they find themselves in. As Arthur progresses through varying stages of gambling addiction, on his road to recovery, he slowly perceives that his life is just a series of hackneyed moments. The same goes for Jane, who ultimately struggles with the banality of her marriage and her strained relationship with a distant husband. They may be archetypes, but they are also self-aware of the reductive nature of such labels. As Jane begins to care for Arthur, confusing maternal and sexual instincts, one slowly realizes that her adventure in Atlantic City might be the first time she’s truly demonstrated complete autonomy.

While operatic is often an overused term in criticism, synonymous with melodrama and signifying heightened, even extreme, emotional shifts, The Atlantic City Story earns this label in a minor key, adopting the overall structure of an opera, circling back on Jane and Arthur’s lives as they make slow, and relentlessly unsteady, progress in their lives. By limiting the narrative and thematic scope, never looking beyond the lives of these two fully-formed characters, Butash’s film is a compact marvel.

The Atlantic City Story premiered at the Denver Film Festival.