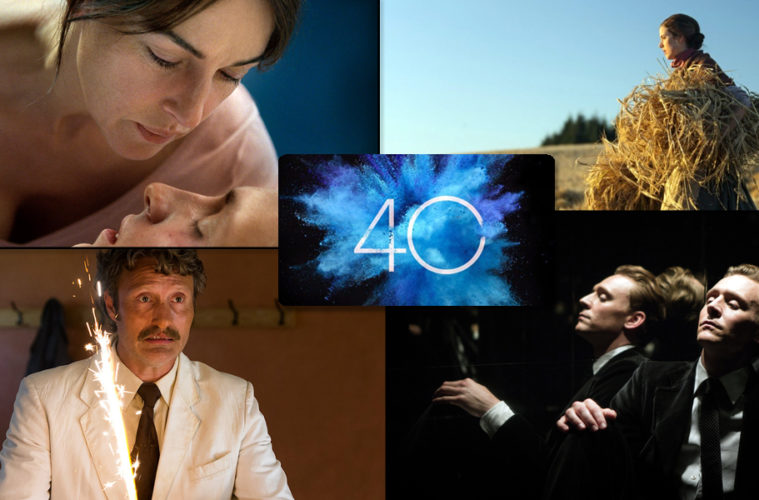 The 10 Best Films at the 2015 Toronto International Film Festival

When a few hundred films stop by the 40th Toronto International Film Festival (289, to be exact), it’s certainly impossible to cover everything, but we were able to catch about 90 features (along with dozens of shorts) — and, with that, it’s time to conclude our experience.

We’ve rounded up our top ten films screened during the festival, followed by a list of the complete coverage, and stay tuned over the next months (or years) as we bring updates on features as they make their way to screens. One can also click here for a link to all of our coverage, including news, trailers, reviews and much more. As always, thanks for reading, and let us know what you’re most looking forward to in the comments below. What has set cinema back — both from the perspective of those who make, and those who write about it — are the binaries chosen to be created and propagated, be it taste, modes of production, or genre, essentially what forms “correct” cinema, in terms either classical or experimental. So there’s more and more hope that a film can come along that hopefully defies the tradition of quality, that makes us rethink a medium only feeling more and more trivial with every passing day, even if it’s more accessible than ever. Amongst the many things that make 88:88 — the first feature from Isiah Medina, the 24-year-old Canadian filmmaker behind the shorts Semi-Auto Colors and Time is the Sun — so radical is its attempt to obliterate the binaries. – Ethan V. (full review)

The buzz on Adil El Arbi and Bilall Fallah‘s film Black is that it’s a contemporary take on a Shakespearean classic. Saying as much is an apt description and Romero and Juliet is most certainly an inspiration, but what’s neglected to be mentioned are the two novels by Dirk Bracke on which it’s actually based upon. The author’s Black and Back depict the violence occurring in Brussels as a result of a gang culture raised from youth unemployment rates that are through the roof. Between the Dutch, Flemish, French, and Arabs mixing together like oil and water in a city out of control, it’s no surprise that tensions would mount to ignite them against one another. The lifestyle pays with money, sex, and street cred—no one talks to the police and retribution is eye for an eye. – Jared M. (full review)

If it is by now redundant to say that Thai filmmaker Apichatpong Weerasethakul (who understands pronunciation troubles and insists people call him “Joe”) is truly in a class of his own, we might blame both the general excellence of his output — a large oeuvre consisting of features, shorts, and installations — and the difficulty that’s often associated with describing them in either literal or opinion-based terms. The further one gets into his work, however, the more his marriage of dense visual style with Thailand’s historical, spiritual, and mystical bedrocks will cohere. These images —often set in nature (with billowing winds and shaking trees adding to the atmosphere); almost always composed in long shot that emphasizes a self-conscious artificiality; and frequently running a few minutes each, sometimes several, to create a laid-back rhythm— are, for viewers Thai and non-Thai alike, a gateway to less-definitive thematic undercurrents. To put this in different terms for neophytes: observing his art is not at all unlike the intellectual stimulation of, say, confidently working through passages of a dense 19th-century novel. On a piece-by-piece basis, Cemetery of Splendour is a bit more straightforward than Joe’s other work. – Nick N. (full review)

The Family Fang provides fuel for a future auteur study of its director Jason Bateman: haunted by his past as a child actor, his work in front of and behind the camera frequently explores the effects of childhood on adults as they struggle to move through life. Explored in Arrested Development, his directorial debut Bad Words, this summer’s The Gift, and even Juno, this theme has never been sharper than in The Family Fang. In a refreshing take on material that in another hands might have seemed pedestrian or cheap, Bateman has crafted an effective portrait of a dysfunctional family that’s not entirely unlike the Bluth Family. Rabbit Hole playwright and screenwriter David Lindsay-Abaire adapts David Wilson’s novel with a rich emotional precision and as funny as it is, the material takes the absurdity seriously. – John F. (full review)

As soon as the voice of Tom Hiddleston‘s Dr. Robert Laing was heard speaking narration above his weathered and crazed visage manically moving from cluttered, dirty room to darkened feverish corner, my mind started racing. Terry Gilliam’s Fear and Loathing in Las Vegas popped into my consciousness and then his Brazil, after a quick title card shoves us back in time to watch as Laing enters his new concrete behemoth of a housing structure, oppressively standing above a vast and still parking lot. Add the clinical precision of Stanley Kubrick dolly shots and the chaotic, linear social ladder climb of Snowpiercer with a bitingly satirical wit replacing the high-octane action and you come close to describing the masterpiece that is Ben Wheatley‘s High-Rise. – Jared M. (full review)

While I’m not familiar with Anders Thomas Jensen‘s solo work, I am with the films he has collaborated on opposite Susanne Bier. So to see images of his latest Men & Chicken with a weirdly disfigured and hair lipped Mads Mikkelsen readying for a badminton strike was to be unprepared for the dark comedy of pratfalls a la Klovn it provides. A perverse genetic-minded fairy tale about family—warts and more warts—its leading duo consists of one brother who must regularly masturbate (Mikkelsen’s Elias) and another possessing a visceral dry heave tick (David Dencik‘s Gabriel). They show us that ugly ducklings can sometimes simply prove ugly. And unnecessarily aggressive in dysfunctional loyalty. And as inexplicably smart or unsocialized as the sky is blue. – Jared M. (full review)

French directors Alain Gagnol (who also wrote) and Jean-Loup Felicioli have another winner on their hands with Phantom Boy. The much-anticipated follow-up to their Oscar-nominated animation A Cat in Paris was five years in the making and well worth the wait. With its vibrant colors muted for a NYC noir aesthetic and every 2D field shaded by roughly textured shadows in constant motion, the frames literally flicker off the screen to leave a lasting impression. The story—centering on a young cancer patient able to leave his body for brief periods of time, floating around the city and becoming the only hope of stopping a criminal mastermind—delivers a level of heartfelt dramatics to rival Inside Out. – Jared M. (full review)

It may only be his second feature-length fictional narrative, but writer/director Guy Édoin‘s Ville-Marie is something special. The title is named after the Montreal hospital where the majority of the film takes place and from an unforgettable opening that violently shakes us awake to prepare for the sprawling yet meticulously constructed plot extending out of its devastation, Édoin and cowriter Jean-Simon DesRochers grab us with a disorienting amount of seemingly disparate avenues. Two automobile accidents will give each character a reason to despair and then to rediscover hope—tragedy breeding melodrama and long cloaked truth. – Jared M. (full review) Which TIFF films are you most looking forward to?