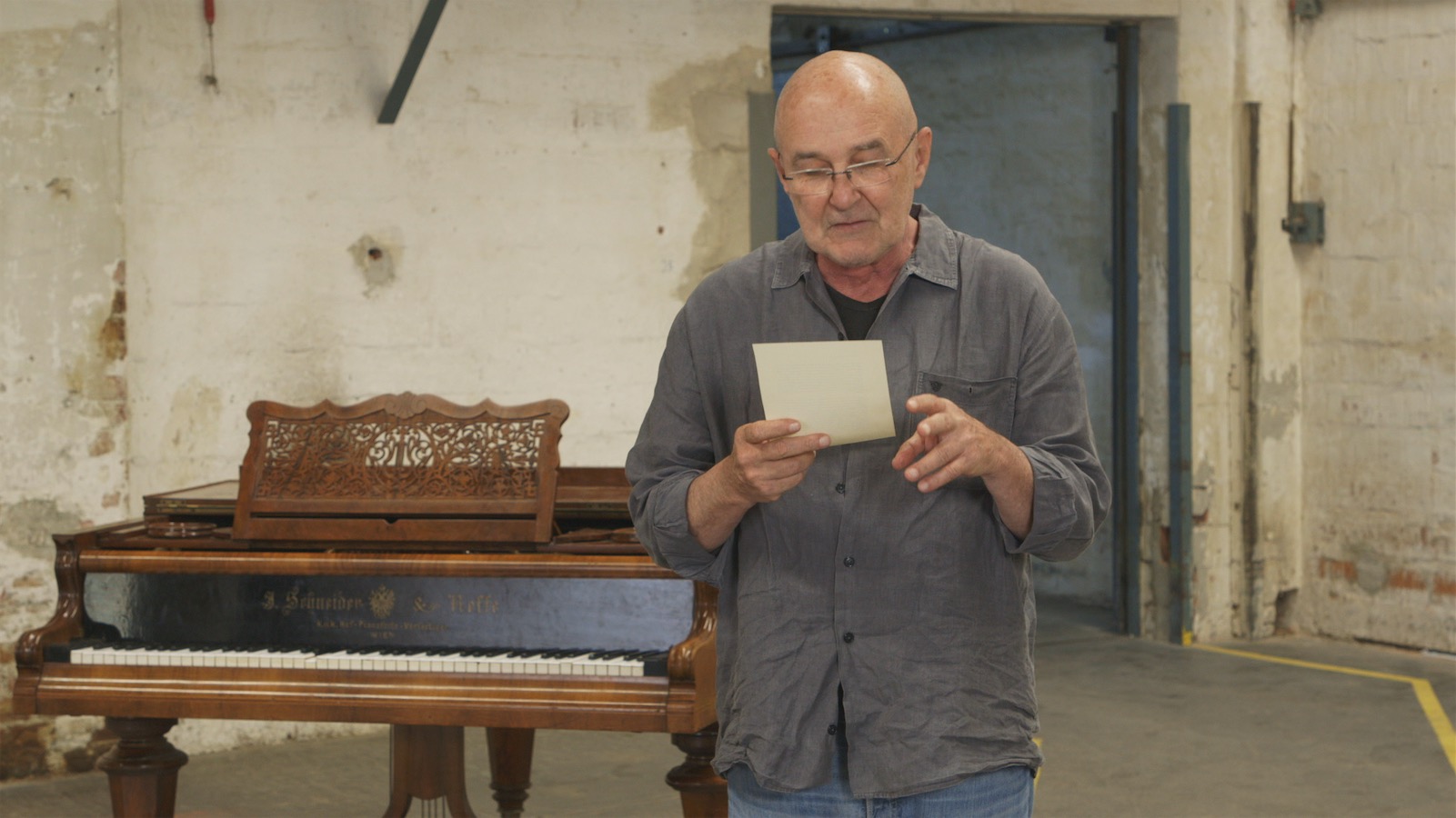 That the Viennese author Felix Salten wrote the book Bambi was based on while also being an avid hunter—so much so that he’s said to have killed over 100 deer—is a fine paradox for a life’s work; but then Salten had another. In 1906 a book was released anonymously, titled Josefine Mutzenbacher; or, The Story of a Viennese Whore, as Told by Herself. Aside from a smattering of bans over the last century, the novel has stayed in print ever since, selling around three million copies. It has always been controversial, and it has always been attributed to him.

In a recent article on Bambi for the New Yorker, Kathryn Schulz wrote “he was an unlikely figure to write one of the most famous children’s stories of the twentieth century, since he wrote one of its most infamous works of child pornography.” That same thorny piece of information provides the starting point of MUTZENBACHER, Ruth Beckermann’s documentary that revisits Salten’s infamous novel and all its brazen sexuality by way of a cunning conceit: a casting call.

Beckermann—author, video artist, and rigorous documentarymaker who grew up in Vienna in the 1960s (in the press notes, she says she found the turn-of-the-century Vienna of Salten’s book relatable)—has a history of tackling historical figures from off-beat and personal angles (A Fleeting Passage to the Orient, The Waldheim Waltz, etc.) For MUTZENBACHER, deserved winner of the Encounters section at this year’s Berlinale, she placed an ad in a newspaper asking for men aged 16 to 99 for a film based on Salten’s text. From this Beckermann rounds up 100 guys of all shapes, sizes, ages, and persuasions. (As one of the youngest nervously remarks, it’s clear which have responded to the ad as fans of Beckermann’s films and which have responded as fans of the book itself. Eep.)

Beckermann’s setup is sparse, with subjects alone or randomly mixed on a plush fainting couch. The film’s main ingredient, its source of intrigue, is in their stories, personal histories, and unvarnished, often unprompted reactions. One of the older attendees says, with a certain faux-principled flourish, that he’ll only take part in Beckermann’s non-existent reproduction if he can act with a girl of legal age. Shot in unsparing close-up, enough to catch the occasional bead of sweat, it’s not far off the technique Beckermann used in her 1996 film East of War. That searing work’s examination of masculinity is in spirit with MUTZENBACHER and its attempt to see how Salten’s text resonates with men today. It also finds interesting, almost hopeful, things in the generational divides. The Zoomers in MUTZENBACHER speak calmly and healthily about masturbation and pornography, and are relatively “woke,” as one might expect. Those closer to middle age mostly affect a similar objective distaste, yet you can see them struggling to repress certain things during recitations. Most of the older gentlemen are pretty creepy, though the film on the whole is not unkind to them.

The history of Salten’s work is remarkable. Long before Walt Disney transformed it into an animated classic (famously his personal favorite of all his films), Bambi: Into The Woods was banned by the Nazis, who read it as a story about the mistreatment of Jews in Europe. The controversy that surrounded Salten’s Mutzenbacher at the time of its release was not due to the girl’s age but rather the book’s assertion that the oldest profession would lift her out of poverty. The most uncomfortable thing for most of Beckermann’s subjects is how the book justifies itself, and to some extent the reader, by having Josephine, a child, enjoy her sexual escapades. The book was released a year after Freud, in Three Essays on the Theory of Sexuality, queasily claimed that children had such desires. The most interesting moments in Beckermann’s film, and the ones she seems most fascinated with, are when her subjects attempt to articulate this ultimate taboo.

Beckermann has worked with video installations in the past and brings a similar exhibition-ready style here (the film was shot, notably, in a factory that once built coffins) and achieves a hypnotic mood from the spartan setup and recurring visual cues—there is a repeated motif of the whole group standing and facing the camera and, in unison, shouting out some provocative lines of dialogue from the book, like a chorus of football fans, conducted by the director herself. As the description alludes to, there is plenty of rope given for the men to hang themselves, yet MUTZENBACHER isn’t out for that particular blood, necessarily. There are occasional hints of exploitation––and whether or not that is fair will be up to the viewer––but in the end it is more curious and provocative than self-righteous.

MUTZENBACHER premiered at the Berlin Film Festival and screened at the Thessaloniki Documentary Festival.