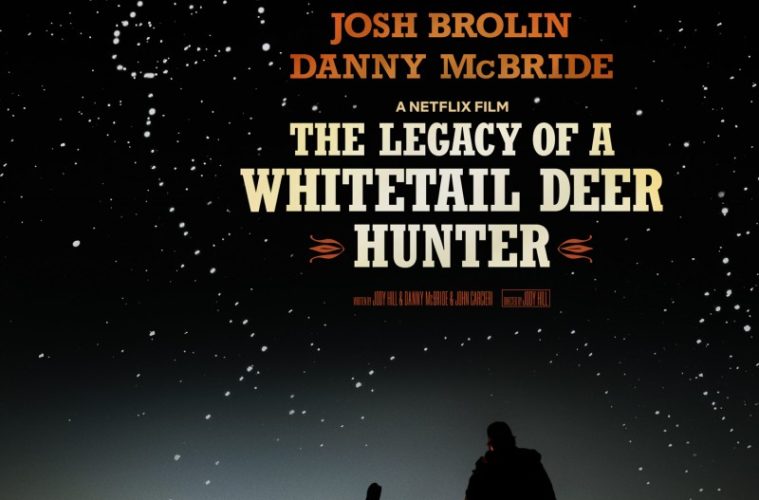 SXSW Review: ‘The Legacy of a Whitetail Deer Hunter’ Has Laughs, But Misses the Mark

After finishing up HBO’s cult hit Vice Principals last year, Jody Hill returns to the big screen (or, rather, small, as it’s headed to Netflix) with The Legacy of a Whitetail Deer Hunter, a funny, if not often tired retread of cliches. A familiar fish-out-of-water comedy, the film stars Josh Brolin as the titular whitetail deer hunter named Buck Ferguson, and his videographer Don (Danny McBride). Through their shared company, BFK productions, they produce the kind of low-rent hunting videos you’d find in a sporting good store next to the rifles.

Brolin’s character isn’t just passionate about hunting, but obsessed with violence itself, a character choice that may churn some stomachs in the wake of March for Our Lives. In line with Hill’s career, the film parodies the masculinity at the core of hunting culture, but it falters in not addressing the politics. The movie ultimately lacks ambition, and feels harmless, losing an edge Hill had in his previous dark comedy gem, Observe & Report.

We learn from the first moments that Buck has spent his life hunting the whitetail deer, searching the ends of the earth, and taking pleasure in the thrill of the hunt. Hill’s picture offers a parody of the culture clash between the new South and the old South as upwardly mobile professionals move in to work in tech hubs and in the finance industry in the same neck of the woods where the Bucks of the world spend their weekends hunting.

Buck’s anxiety becomes centralized with his son, Jaden (Montana Jordan), who would prefer to spend the weekend on the phone with his girlfriend, rather than out in the woods with Buck and Don. He starts to worry about Jaden’s step dad (a classic trope of these kinds of father-son bonding pictures) and his influence over the boy, especially after he buys him a high-tech rifle for his first deer hunt. An R-rated sitcom, The Legacy of the Whitetail Deer Hunter finds humor in failure from Buck’s disastrous insistence that they manufacture drama in their latest hunting video by having Don cross a dangerous rope bridge, to a third act “twist” (one we could see from a mile away) that predictably brings father and son close together.

Still, Hill’s choices are mostly smart, and the film works well when throwing the three men – Brolin, McBride, and Jordan – together into set pieces recycled from better comedies (including an obligatory raft ride down wild water rapids, here on an inflatable mattress). In the end, The Legacy of the Whitetail Deer Hunter feels as innocuous and funny as some of the higher-tier films from Adam Sandler’s Happy Madison production studio. It misses the mark on subversion, but it at least offers a few chuckles along the way.

The Legacy of the Whitetail Deer Hunter premiered at SXSW and hits Netflix on July 6.