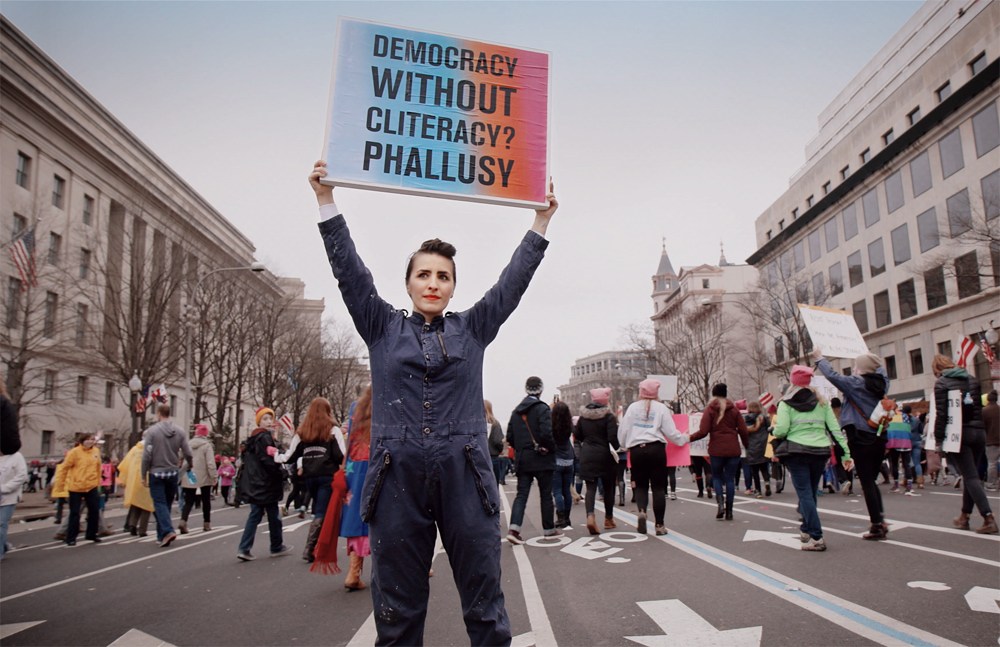 The Dilemma of Desire is an engaging and informative documentary built around revolutionary work, large and small, that aims to shatter myths and lies that women are being told about their sexual desire and their bodies. Jumping between cities and states, both liberal and conservative, Maria Finitzo’s well-crafted documentary follows a biological researcher, a visual artist, a high-end sex toy maker and several Chicago-based woman of various ages and gender representations navigating their relationships to their bodies and their own desires.

Researcher Dr. Stacey Dutton, who teaches a biology of womanhood course at a college in Decatur, GA is disturbed at how the sciences have evolved on female anatomy, instead now largely focusing on the penis. The notion is shared in California where industrial designer Ti Chang and her team attempt to launch their premium sex toy line Crave and receive opposition from Facebook despite allowing ads for generic Viagra on to their platforms. Lisa Diamond, a researcher from the University of Utah, provides additional context on the history of bodies, shame, and sexual gratification, pushing her students to question the governing power structures of their historically conservative state in the process.

The film is, however, largely framed by Brooklyn-based artist Sophia Wallace’s 100 laws of Cliteracy, a playful and empowering set of fundamental rights that she calls joyful texts–some, in fact, are adapted from hip-hop songs. Wallace’s work, which celebrates sexual liberation, becomes a reoccurring theme for the documentary as Finitzo’s camera spends time with those that are practicing what she preaches in their own way.

Casting in a documentary is often an art in itself, and Finitzo finds a group of engaging and often brave women to discuss their relationships to sex, their partners, and new paradigms of gender. They include Coriana, a queer performance artist who creates poetry inspired by that of trailblazer Audre Lorde’s The Erotic as a Resource, who speaks openly about gender, presentation, and the gaze. Another striking figure in the narrative is Umina, a Pakistani American who goes to college, loses her virginity, and is married in a traditional ceremony sometime later. She grows unhappy and unsatisfied in her marriage and is granted a divorce after her husband cheats on her. Other subjects include Jasmine, a self-proclaimed exhibitionist who is on leave from Northwestern who speaks about the power she embodies in her within her performances. The film follows her to a performance that is not what one thinks of when they think strip club, but rather a celebration of all bodies.

The Dilemma of Desire was set to premiere at SXSW.