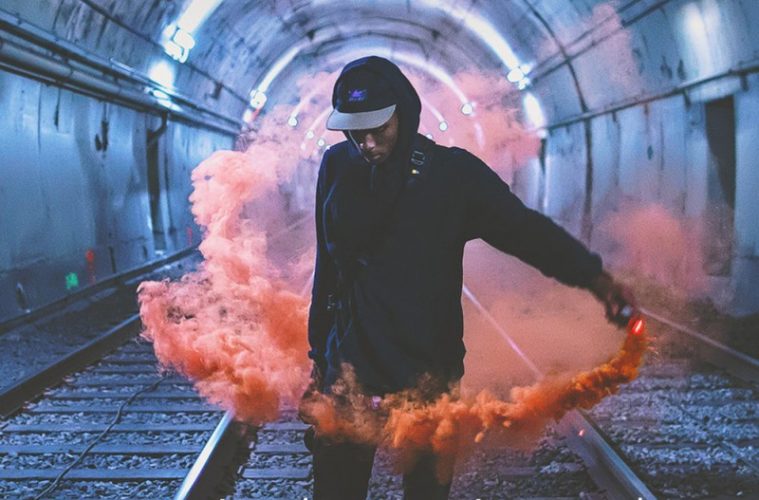 Attempting to create an oral history of teenhood through the “filter” of Instagram, Jonathan Ignatius Green’s Social Animals is partly a combination of after-school special, reality check, and a story of the creative economy where both bodies and experiences have become a commodity exploited by “influencers.” A few years ago I covered the Northside Festival, where I discovered how acclaimed filmmakers made a living working in “branded content.” Also present were ad executives seeking to capitalize on the authenticity and “brand equality” of social media celebrities. Returning to this world, Social Animals follows two influencers and a young woman who feels the pressure of #SquadGoals, #LivingMyBestLife, and so on.

The film first introduces us to a chorus of teens and tweens commenting on the pressures of social media and, in particular, Instagram which, for anyone who remembers MySpace, strips out the additional content moving towards the superficial. This is how Kaylyn Slevin uses it, a 15-year-old dancer and beauty pageant contestant living a privileged life in a double-gated community in Calabasas. Initially, her professional dance photos capture viral attention before Instagram becomes a diary and a business. Encouraged by her mother and father, a self-made millionaire, she seeks fashion opportunities.

On the opposite side of the country in middle-class rural Ohio, 16-year old Emma Crockett joins Instagram as a way of communicating with local friends. She finds a few love interests in “DM,” starting a war of words between her longtime friend. The pressure builds as she enters a new relationship with tragic consequences. Offering a modern modest Midwest approach to unfamiliar tech is provided by the Crocketts, who also add commentary on parenting.

The third portrait in the asymmetrical documentary follows the adventures of Humza Deas, a Bushwick-based daredevil photographer who becomes known for aerial photographs and subway explorations with Demid Lebewski. It’s only a matter of time before the ad agencies seeking “authenticity” throw money at him and his stunning work; soon after he’s called a “sell-out” and shunned by followers. Ballsy and sloppily, Lebewski finds himself the subject of an NYPD inquiry after a climbing New York City’s second tallest building and posting publicly about it.

Their bromance could simply be enough to inspire a feature-length documentary about how selfie culture affects the future lives of subjects down the line. Of course, that would require a more measured and restrained film. This is not that, nor does it aspire to engage with experts and sociologists which is a shame; a little more introspection would have transcended what is essentially an MTV reality show-style deep dive into the lives of Instagram users.

Despite its designation as a documentary, the film credits three writers (Green, Carl Martori, and Peter Garriott), as well as performers to play Emma’s friends and boyfriends in still images. Perhaps the problem is with Instagram itself: while the service allows videos and ephemeral messaging along with direct messaging, the construct of the film relies largely on staged still photos and comments.

The stakes are raised as a bikini clad-Kaylyn finds herself the subject of unwanted sexual attention and a stalker who targets her boyfriend on social media. The film celebrates youth culture without offering much in the way of critique as Kaylyn is mystified why she has adoring creeps hounding her in the comments section. Is this normal? Perhaps in some social circles where teens are given unlimited resources, time, and the ability to become famous for nothing, while Deas and Lebewski are poor boys that are makers rather than movers and shakers. Social Animals aims to offer insightful allegories for capitalism but to say it’s successful, with its surface-level examination, would be giving it too much credit.