SXSW Review: Lily Topples the World is a Joyous Exploration of a Domino Artist 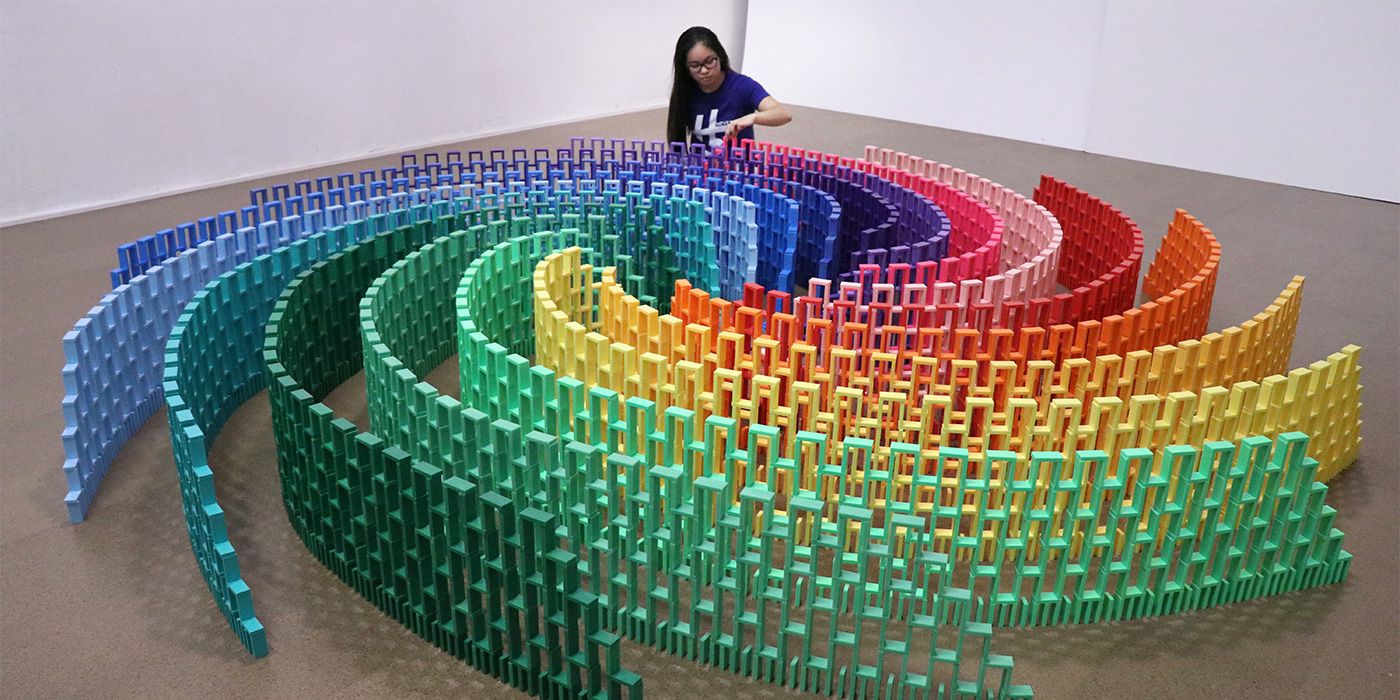 One of the tools of the trade that 22-year-old domino artist Lily Hevesh shares with a group of families at Rensselaer Polytechnic Institute is the importance of a safety gap so that a spectacular domino creation doesn’t topple on itself before the cameras are rolling. It’s advice that, at a certain point of no return, becomes impossible to heed in one of the most crushing (pun intended) scenes taking place in Paris, one stop along Hevesh’s multi-continent journey.

Directed by Jeremy Workman––whose previous documentary The World Before Your Feet followed Matt Green’s quest to discover every street of New York from Manhattan to the deserted patches of Queens and Staten Island–– Lily Topples the World is an insightful crowd-pleaser sure to inspire a new generation of domino topplers. Following the adventures of Hevesh, who built a following for domino creations posting as Hevesh5 on YouTube since 2008, she’s the fifth child in her supportive family. Lily was adopted from China as an infant and was raised in New England before enrolling at RPI for her freshman year. With an unassuming presence, friends at RPI––including her own roommate––had no idea just how famous she was.

The pressures of fame and in particular the promise of commercial work draw her away from school and she decides to drop out of college to pursue a career creating ephemeral three-dimensional domino works, Rube Goldberg machines, viral videos, commercial works, and eventually her own line of premium dominos. Along the way, she continues to build her fan base and empire, collaborating with mostly male-dominated domino artist world, YouTube stars, and her father Mark, who handles the business affairs.

Similar to Workman’s previous feature, Lily Topples the World is a joyous experience following her adventures from her dorm room to a fanbase of adoring viewers that range from tweens to author John Green at the annual Vidcon convention of YouTubers. She remains a humble presence, focused on her work, new techniques, collaboration, and inspiring the next generation in a way that assures this film might just become a classic to watch on days when STEM teachers want to give their class a break.

Workman’s technique, focusing on her well-documented work along with her origin story, is not without missteps as it fumbles through attempts to explain how a generation of content consumers and creators understand media differently than those stuck in the “good ol’ days.” Primarily because Lily Topples the World’s core audience should be families and children, these diversions feel extraneous. Apart from a few minor faults along the way, the film is an often exciting exploration of the world through the eyes of Lily Hevesh, who has put her ten thousand hours in prior to graduating high school and is now living the dream.