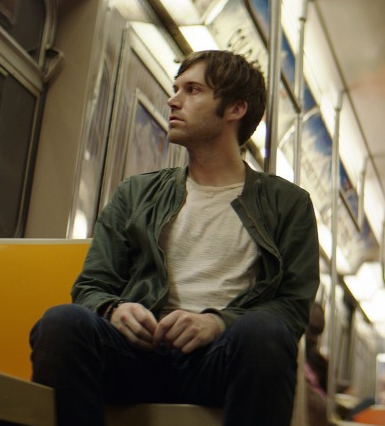 [SXSW Review] Before I Disappear

Family can get us into trouble, but as we see in Before I Disappear, they can also keep us grounded. A drama peppered with black humor, this is the directorial debut of Shawn Christensen, based on his 2013 Academy Award-winning live-action short film titled Curfew. We find Christensen recycling two key elements of the short this time around: himself as Richie, and his character’s eleven-year old niece, Sophia (Fatima Ptacek). However, he also cashed in some chips and has an impressive supporting cast, including Emmy Rossum, Ron Perlman, and Paul Wesley. All of them make Richie’s life a hell he can hardly take anymore, and it’s where we initially find him, stalled out on life when he is thrust into being responsible.

Richie works for two club owners in New York; Gideon (Wesley) owns one of the hottest clubs in town while Bill (Perlman) is struggling to make ends meet. Between the two he makes a meager living but is shackled with debt to various people, including his boss, Bill. Richie has gone through a rough patch lately when he decides to end it all. Before he can complete his task, though, he gets a call from his estranged older sister Maggie (Rossum) who is in a bit of trouble. She needs a favor from him, but the problem is they haven’t talked in years. Reluctantly, Richie agrees to pick up his niece Sophia (Ptacek) and watch over her for the next few hours.

Slowly we see the humor reveal itself — Richie manages to patch himself up before he picks up Sophia but he isn’t quite together yet and his blood loss has made him weak and delirious. At times we see the Grim Reaper appear almost as an omen of Richie’s impending death, but again and again, Richie is brought back from the edge to keep going about his task with his robotic niece. She scolds him before he picks her up after school, telling him that there will be hell to pay if she is late for her gymnastics class that afternoon. She makes it clear early and often that she wants no part of his life and that he is just simply there to usher her from place to place for the day. That’s why they’re both thrown for a loop when Maggie asks Richie to continue looking after her throughout the night.

Richie has his own business to attend to so they move about the city as this odd couple that slowly begins to find something to like in one another. What could have felt like a fleshed-out storyline based on a short turns into something much more, even if it becomes somewhat contrived. There are clever details filling in the relationships of Richie, whether it’s with his sister, Gideon, or Bill, and the way that he keeps rebounding around what becomes the longest night of his life finds a rhythm and poetry. One becomes familiar with the locales he frequents and sense the lived-in feel of it all. It helps that these were less sets and more actual locations in New York that Christensen was adamant about filming in. The result of this is Before I Disappear, a darkly comic film about love and family with rich characters and an original voice.

Before I Disappear premiered at SXSW 2014.