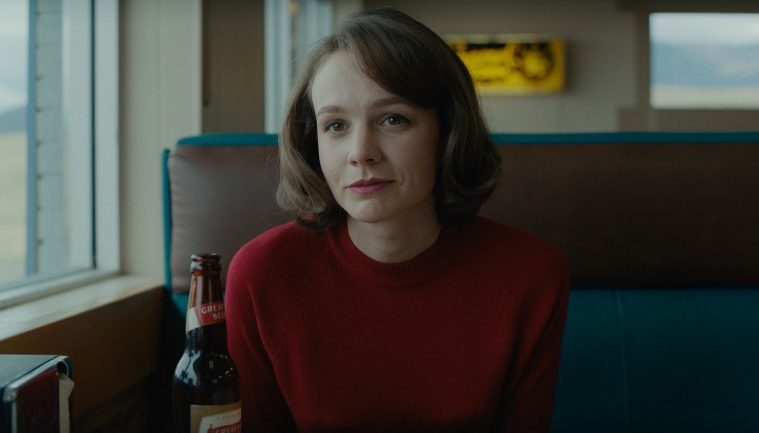 “I feel like I need to wake up, but I don’t know what from… or to,” Carey Mulligan’s Jeanette declares to her teenage son Joe (Ed Oxenbould) in Wildlife, Paul Dano’s remarkably assured, thematically rich directorial debut. The haze Jeanette finds herself in is due to her husband Jerry (Jake Gyllenhaal) having abandoned them to fight a wildfire close to the Canadian border. The absence of a patriarchal figure in their family, who have recently relocated to small-town Montana, leads to Jeanette discovering newfound, untidy emotional independence and her son is there to witness the protracted, quietly devastating unraveling of a marriage.

Dano has worked with the likes of Denis Villeneuve, Bong Joon-ho, Rian Johnson, Steve McQueen, and Paul Thomas Anderson, but the past collaborations that he seems to draw the most from for Wildlife are Ang Lee and Kelly Reichardt. Blending the emotional subtleties of a drama like the The Ice Storm and the understated appreciation for location in all of Reichardt’s films, especially Certain Women, it’s a beautifully articulated drama in which every line has captivating subtext, every frame is attractive, and each camera movement has intention. One of the smartest hires for the project, Cemetery of Splendor and Neon Bull cinematographer Diego García captures both the magic hour Montana vistas and the inner domestic drama with a painterly touch.

Adapted from Richard Ford’s novel by Zoe Kazan and Dano, the drama is set in 1960 as the idea of the idyllic nuclear family of the 1950s is beginning to corrode–though still present, particularly in the photographs Joe helps to capture in his first job as an assistant to the local photographer. “He has beautiful intentions,” says Jeanette, but Jerry’s selfish hubris means he won’t take any lower-level line of work, leaving room for his wife to fend for herself. As he departs to fight fires for seemingly many months, she begins to strike up a relationship with a local successful businessman named Warren Miller (the always-excellent Bill Camp) an older, divorced two-time war vet that hobbles with a limp. By promising a sense of financial ease for Jeanette, whose life has since been framed from the perspective of her husband, she forms an attraction towards him.

With her new relationship reinvigorating a sense of attractive freedom in Jeanette, a career-best Mulligan marvelously weaves between over-extended confidence and subdued pain at the irrevocable pain she’s causing to her son. In the film’s most literary scene, we find the two driving up to near where Jerry works to see the fire that is not only wreaking havoc on the landscape, but also eroding their familial unit. She can’t understand what attracted her husband to the fire and when asking her son if he comprehends, he says no. “I’m sorry we both can’t sympathize with him,” she exclaims in a moment of gentle emotional persuasion to win her son’s sympathy.

Oxenbould, who exudes maturity that was missing in his breakthrough role in M. Night Shyamalan’s The Visit, is a revelation here as the lead. “If you’ve got a better plan, then tell me,” Jeanette confesses to her son. He doesn’t, and the internalization of an inevitability of divorce is powerfully felt in Oxenbould’s performance. Having loyalty to both parents and seeing his mother become an entirely different woman before his eyes is conveyed with subdued skill. Gyllenhaal’s role may be minor, but his missing presence is certainly felt, and when his inexorable return occurs, and the cards are laid on the table, his brings an unexpected ferocity. In fact, so much so that the climax can feel rushed compared to the patient touch Dano had previously built up.

Avoiding moral assertions and leaving room to empathize with the often obscured decisions of his characters, Wildlife radiates a novelistic richness scene after scene. With every new moment of restrained poeticism, it’s astounding this is a director’s first time behind the camera. In capturing the crumbling of a family and the scars left behind, Paul Dano has made a fascinatingly complex portrait of the fracturing of American ideals.

Wildlife premiered at the Sundance Film Festival and opens on October 19.