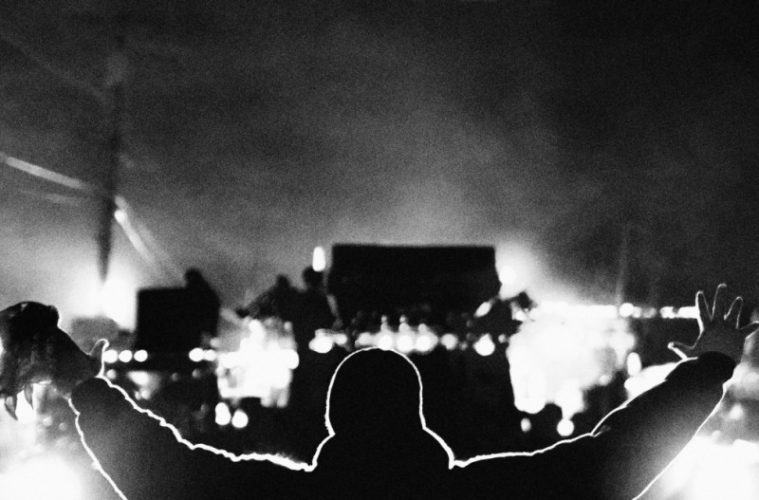 Sundance Review: ‘Whose Streets?’ is a Vital, Historic Look at Ferguson and BLM

Dedicated to Michael Brown Jr., Whose Streets? is an alarming and vital documentary chronicling the grassroots formation of Black Lives Matter as well as efforts in Ferguson. A narrow document of time and place, it allows the story to unfold as it did on a local level — in a clutter of confusion, tweets, and amateur video as the Ferguson Police Department show up with guns and tanks to what starts as a peaceful protest.

Director Sabaah Folayan and co-director Damon Davis stay on the story longer than others. While Craig Atkinson’s sloppy Do Not Resist spends time on the ground in Ferguson, collecting evocative images of violence before exploring police tactics nationwide, these directors do justice to protestors who feel slighted by CNN, Fox and MSNBC. A recurring theme in the film is “we have to live here,” as the police do nothing to restore any kind of peace, arrogantly wearing I Am Darren Wilson arm bracelets to further stoke the flames.

The images collected are alarming as protestors first peacefully look for answers before they are boxed in by their local oppressors; later they are vindicated as the city’s mostly white council drags its feet, claiming they cannot meet the demands of the DOJ’s decent decree because they can no longer raise revenue from its pattern of unconstitutional policing. The whammy is — as a protestor points out — they were happy to spend $11 million dollars tear-gassing protestors.

While protestors compare their experience to images they’ve seen on TV in Iraq, and experienced first-hand in the West Bank, the film recalls Andres Ostergaard’s Burma VJ: Reporting from a Closed Country as the Ferguson police took such petty measures in an attempt to control their narrative, including tear-gassing and arresting reporters. Whose Streets? allows protestors agency to take back their streets and their narratives. I suspect the film, like Los Sures — a 1989 documentary about pre-gentrification in Brooklyn currently enjoying a second life thanks to Union Docs — will stand the test of time as a historic document of the Canfield Homes, the site of Michael Brown Jr.’s murder.

Without explicitly stating it, Whose Streets? is one of the first documentaries to offer a grassroots exploration of Black Lives Matter. The organization proves to be fragmented between those calling for a calmer tone, including NAACP leader Dr. Cornell Brooks, and those like Brittany Farrell and Alexis Templeton. The latter aren’t content just taking to social media — they prefer direct action, including risking their lives to block a highway, chiding those waiting on the sidelines for their unwillingness to commit to this action of civil disobedience.

David Whitt grows outraged in the moments following Mike Brown’s shooting, starting a Cop Watch chapter in an attempt to achieve the kind of transparency that’s missing in the days following. He also documents changes to the Mike Brown memorial, waking up one morning to find it burning (with no investigation from the fire department) and its removal on Mike Brown’s birthday by private security hired by Canfield’s property manager.

Whose Streets? ignites new outrage as it revisits and takes the time to get the story right. Arriving almost two-and-a-half years after the unrest, the documentary combines first-rate storytelling and citizen journalism, providing a harrowing, ground-up look at those that are often denied agency or dismissed as troublemakers to be tear-gassed.

Whose Streets? premiered at Sundance Film Festival and opens on August 11.