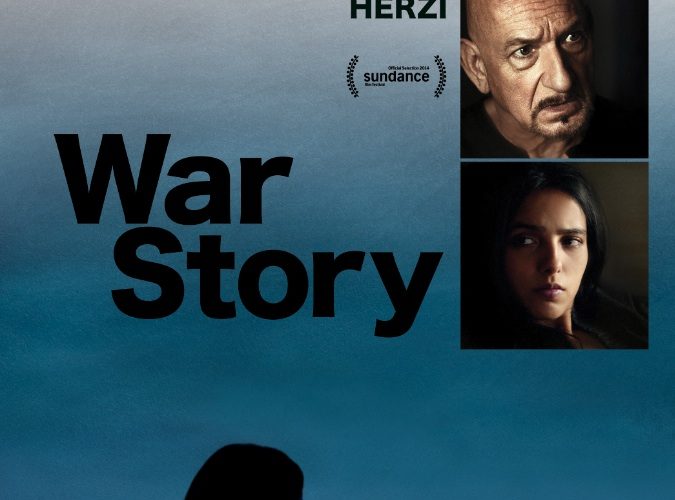 Although its title may be generic, War Story provides a refreshingly specific, restrained story of loss and recovery in the boundaries of battle. Following Lee (Catherine Keener), an American photojournalist living in Sicily who is dealing with the aftermath of an undisclosed traumatic event, not many answers are doled out upfront. Considering the reason for Lee’s current, seemingly dire situation isn’t revealed until the last act of the film, one has to give credit to director Mark Jackson for his steady approach, even if oversteps its welcome.

A clever opening shot features the camera set inside a car as a bevy of reporters and cameras come into focus outside the window, before finally seeing Lee enter the vehicle and become whisked away. She heads to a hotel which feels more like solitary confinement than anything else and begins to adjust her new locale how she sees fit. We see bruises on her back as she repeatedly ignores a ringing phone calling for her attention. With it being clear she desires to avoid her current responsibilities, she finds a connection with a local young woman (Hafsia Herzi) who is need of help, believing she has a likeness to distressed woman she captured in one of her photos. Revealing any more would devaluate the power of the story, but Keener is the clear stand-out here, masterfully taking on this challenging material with skill. The actress has excelled in a number of supporting roles in her extensive career, but War Story is one of her most substantial performances yet, allowing her to truly explore the aftermath of tragedy shrouded in mystery.

Jackson makes it a point to nearly always keep Lee in his frames, and even inserts a few flourishes, although his goal is clearly one of an unembellished approach. An extended scene of dialogue, with the camera locked-in and perched over our characters (one being Ben Kingsley, who shows up for all of five minutes) in conversation, is a remarkable moment, but often times it feels like Jackson’s deprivation of information is a bit too calculated.

An acute exploration of one’s struggle to survive both mentally and physically, following the consequences of war, this is a bleak character study that requires careful attention. While some might not connect with Jackson’s controlled structure, War Story is proof that the immensely talented Keener deserves more opportunities to take the lead.

War Story premiered at Sundance Film Festival 2014. One can see our full coverage of the festival below.