Sundance Review: ‘To the Stars’ is a Sensitively-Told Tale of Repression in the Midwest 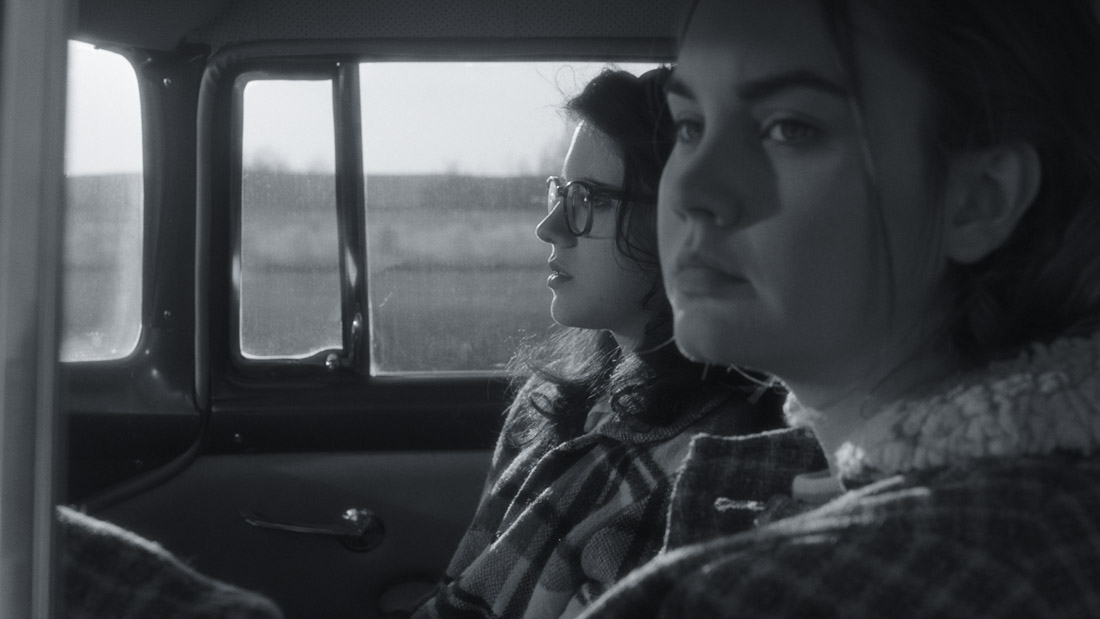 If today’s political landscape is any indication, much of the world is living in a conservative past, seething with disgust for another perspective they fail to empathize with, and emboldened by leadership that encourages such viewpoints. In her striking new drama To the Stars, Martha Stephens takes a character-focused look at such a small-town community full of repression, but rather than setting it in the present day, we’re placed in 1960s Oklahoma, a decision that speaks volumes for the ways we have and haven’t evolved as a country.

The timid Iris (Kaya Hayward) hides behind her glasses, enduring the bullying of jocks and exclusion from the circle of popular girls. When the mysterious, charming Maggie (Liana Liberato) moves to the town of Wakita, this perception begins to shift as their friendship blossoms. “I’ve got a mouth like a gutter. I’m from the city,” Maggie gleefully exclaims upon her arrival. She also has a confident panache for telling people precisely what they want to hear, even if means bending the truth. To earn their attention and inquisitiveness, she tells the clique of judgmental mean girls in high school that her father is a photographer for LIFE Magazine, snapping the likes of Marilyn Monroe. In reality, her father (Tony Hale) works for an agriculture magazine and treats her with abuse, revealing her attraction to women is the reason for moving from the “bad influences” of the big city to this secluded town.

This sexual repression also carries through with Iris’ mother Francie (Jordana Spiro), albeit in more comedic ways. A frustrated housewife, she belittles her hard-working farmer husband Hank (Shea Whigham) and desperately wants Iris to exude the kind of sexuality she imbued as a teenager, nagging her to try on a homemade dress. She also hits on their friendly farmhand Jeff (Lucas Jade Zumann, finally returning after 20th Century Women), who instead lets his affectation for Iris, his classmate, be known. “Sometimes they don’t see me. Are they looking at what they I wish I was?,” Iris says about her parents, confiding to Maggie during one of many secretive late night swims in a local lake.

Shot in black-and-white with the timeless feel akin to The Last Picture Show, cinematographer Andrew Reed makes full use of his wide frame, often placing characters as if they are specks in the vast nothingness of the midwest. With a level of classical starkness to this aesthetic, Stephens and writer Shannon Bradley-Colleary excel in building fully-formed characters of the nearly-entirely female cast. While the setting and technical approach may hint at one, this is not a slow-burn movie. Each scene has a resonating vitality, not unlike the liveliness found within Stephens’ last film Land Ho!, powerfully patient in letting its drama delicately unfold. Recalling how Todd Haynes so beautifully let silence and body movement speak volumes in Carol, another female-led mid-century tale of sexual repression, To the Stars also builds a space for its characters to say everything with touch or a glance.

With Maggie seemingly already coming of age as if her maturity masks the societal and familial guilt she holds, it is Iris who breaks out of her shell. It’s a wonderful showcase for the Moonrise Kingdom star; satisfyingly cathartic to see her character not sell out to become popular, but rather maintain the same personality with new confidence, surprising both her school and her family. To the Stars is quaint in its aims, but this compact focus brings an enveloping level of intimacy. While Stephens’ film certainly nods to the present, it’s rare to see a film set in any era get so many things right not only about friendship but the painful process of reckoning with secrets we hide to be able to fit in.

To The Stars premiered at the Sundance Film Festival.