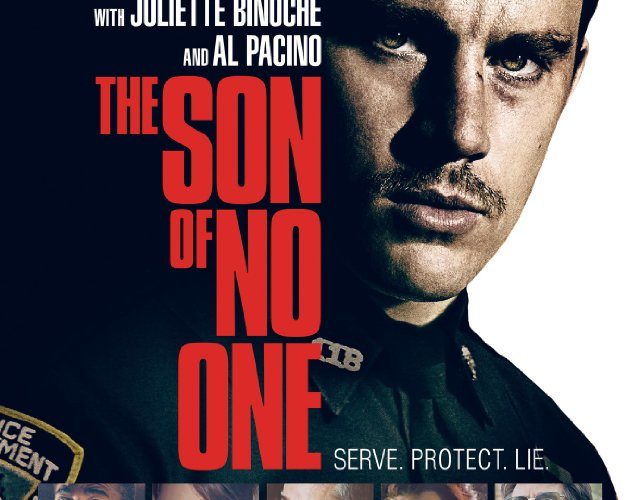 [Sundance Review] The Son of No One After seeing the trailer pop online pre-Sundance film festival, The Son of No One seemed like it could have real potential to be an awesome crime drama featuring an all star cast including Channing Tatum, Al Pacino, Ray Liotta, Juliette Binoche, Tracy Morgan and Katie Holmes. However not even the best A-list actors can save Dito Montiel‘s lackluster, unfocused and at times amateurish crime caper. Montiel whose debut film, A Guide to Recognizing Your Saints as well as his follow-up Fighting, also stars Tatum. Unfortunately, the final film that rounds out their collaborative trilogy is  an extreme dud that suffers from weak performances, sloppy editing and a piss poor plot.

Tatum stars as NYPD officer Jonathan White who after running from his past in the projects of the Bronx, finds himself assigned to the very same precinct and confronted with a buried childhood secret. The film alternates between 1986 flashbacks of White as a troubled child, nicknamed Milk, and a post 9/11 NYC where White lives with his wife (Holmes) and their young daughter in a quaint suburb far from the city. As he returns to his old hood, memories from his childhood continue to haunt Milk, where we learn that he was involved in the murders of two crack addicts that lived in the same low income building as he did.  Al Pacino is Detective Sandford, the officer in charge of investigating the 1986 homicides, who opts to cover up the crime of people he deems worthless to protect the life and future of Milk. But when a noisy reporter (Binoche) in the present day scenario starts receiving a series anonymous letters hinting at the corrupt coverup of the 1986 murders and begins publishing them in the newspaper, the heat starts to intensify for White and threaten the well being of his livelihood and family.

While this back and forth between past and present may seem like it has potential for greatness, it’s squandered by weak performances from nearly every actor, despite a few decent scenes with Pacino and Liotta, and poor plotting in terms of illogical decisions and things that make absolutely no sense. In addition, the children performances are unfortunately very amateur and hard to believe. The stakes in the film never seem to get that high, making it hard to feel any kind of emotional dire urge to get to the truth. It also doesn’t help that nearly everything is predictable in terms of twists and turns for a mystery suspense film. Lastly, the ending is maybe one of the worst edited and directed scenes I’ve ever seen in my entire life of watching films. Bottom line, The Son of No One is a mangled mess of an ambitious enterprise to portray a gritty New York City sprawling crime drama that no one in their right mind can enjoy.