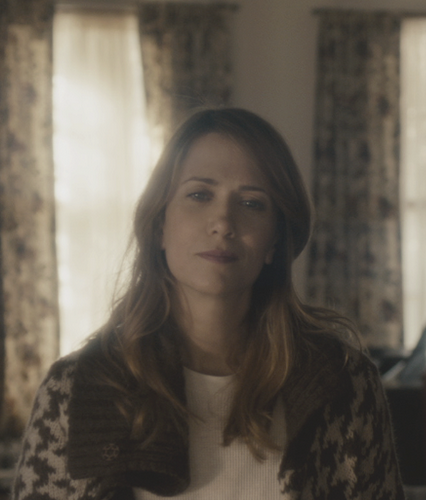 With Saturday Night Live serving as their initial platform, Kristen Wiig and Bill Hader have enjoyed substantial comedic careers in Hollywood, both behind and in front of the camera. One can imagine the initial shock found in their latest film, the small-scale character drama The Skeleton Twins, when it opens with the pair attempting suicide on opposite ends of the country. Estranged for a decade, Milo (Hader) is coming off a bad break-up with his boyfriend in Los Angeles, while Maggie (Wiig) is having marital problems in New York, both left to feel relatively aimless when it comes their lives. When Milo’s failed wrist-cutting causes the hospital to interrupt his sister’s own endeavor to down a handful of pills, they are reunited. As one might expect, the reasons for their shared depression is slowly (and a bit too neatly) revealed.

While this sounds like a dire opening for a rather dour central story, Craig Johnson‘s script affords room for a welcome comedic undertone, with a great deal of praise going to Hader and Wiig’s ability to provide this delicate balance. Returning to their upstate New York hometown — where Maggie currently resides with her well-meaning, straight-laced husband (Luke Wilson) — the painful layers of their childhood slowly start to peel back. As Maggie takes scuba diving lessons with her instructor, Billy (Boyd Holbrook), in a bit too obvious of a subplot, more mystery is unearthed through Milo’s desire to reconnect with a local book store owner (Ty Burrell), a key figure from his past.

We may not have gone through what Maggie and Milo have, but if one has siblings, Johnson skillfully captures the love-hate feelings likely shared by many — perfectly encapsulated in a rousing lip-synching rendition of Starship‘s “Nothing’s Gonna Stop Us Now,” in which their relationship finally feels fully restored. Giving easily their deepest, most sincere turns yet, Hader and Wiig genuinely convey a dysfunctional relationship, providing a give-and-take of humor (Milo saying, “I can’t wait to be the creepy gay uncle,” when he learns of Maggie’s intent to get pregnant) and devastating drama (particularly a revealing scene with their lackluster mother, played by Joanna Gleason).

The script from Johnson and Mark Heyman doesn’t necessarily tread new territory, but it’s elevated by two central performances which breathe life into what could have easily proved a quirky, mawkish indie. Unfortunately, the tidy way everything fits together as we wind down to the third act doesn’t necessarily gel with their dark subject matter. With Johnson’s technical approach being commonplace, not unlike that of the Duplass brothers, who produced the film, The Skeleton Twins could have used a more turbulent hand behind the camera to accompany the ups and downs of our lead arcs.

The Skeleton Twins premiered at Sundance Film Festival 2014. One can see our full coverage of the festival below.