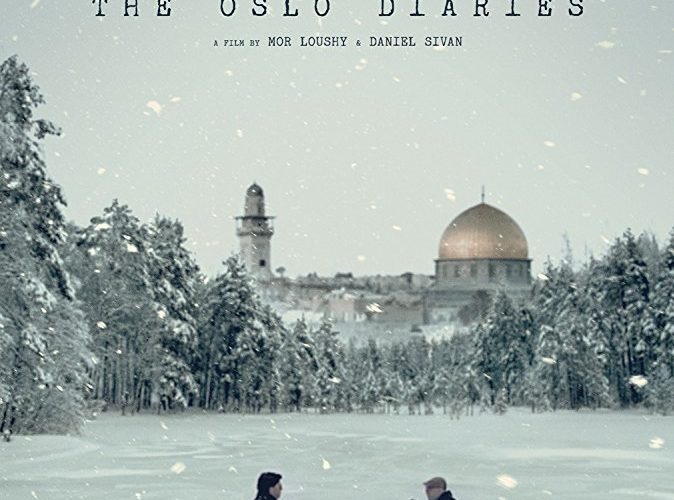 The 1990s peace negotiations between Palestine and Israel are currently getting a spotlight moment in pop culture, first with the Tony-winning play Oslo and now with this documentary. The Oslo Accords represent one of the most frustrating missed opportunities in recent world politics, though The Oslo Diaries is more frustrating for how it both simplifies the political complexities of the situation and dilutes the drama of the story. At first boring, the film does manage to accrue some tragic weight in its back half, though that’s more because of the emotion inherent in watching the peace process fall apart than any strong filmmaking.

Along with interviews with the still-living figures in the Oslo talks and requisite historical footage, the movie is built around their written journals from the time. If it had interrogated any frission between what they wrote privately then and what they say to cameras now, then the doc could have found a valuable angle on how people handle their pasts as they relate to history. Unfortunately, if there is any such frission, the movie declines to highlight it. Thus, it repeatedly has people reiterating as talking heads what we’ve already heard them say in their old diaries. The movie does not even wring much pathos out of contrasting the hope the negotiators had back then with their more jaded mindsets 25 years on.

The Oslo Diaries does its best to ground its massive subject in tangible human contact through the negotiators, but unwittingly demonstrates why that’s a poor choice. Some of them talk about how engaging in prolonged argument and bargaining with one another over a long period of time both made them close and isolated them from the conflict itself. This estrangement means that their expressions of dismay over shootings or bombings comes across as perfunctory gestures from career politicians than genuine. And of course, there is the common but nonetheless damningly phony frame in which Palestine and Israel are treated as enemies on even footing and holding equal blame in their conflict, even though one party very clearly holds power over the other (hint: it’s the occupying force).

Instead of utilizing the opportunity afforded by getting access to the negotiation diaries, filmmakers Mor Loushy and Daniel Sivan settle for a broad overview of the events around the accords from their beginning in 1993 until the Israeli election of 1996. This is not prime material for a 90-minute documentary. Overviews of massively complex geopolitics are better expressed in books, TV series, article series – longform media. The Oslo Diaries has to flatten everything, providing a less edifying experience than reading a Wikipedia article on the topic. I’m by now convinced that documentaries like this serve little purpose besides giving media-hip people conversation fodder for their get-togethers, like politics podcasts or clickbait thinkpieces. For people who actually, well, know about things, it’s almost pointless.

The Oslo Diaries premiered at the Sundance Film Festival.