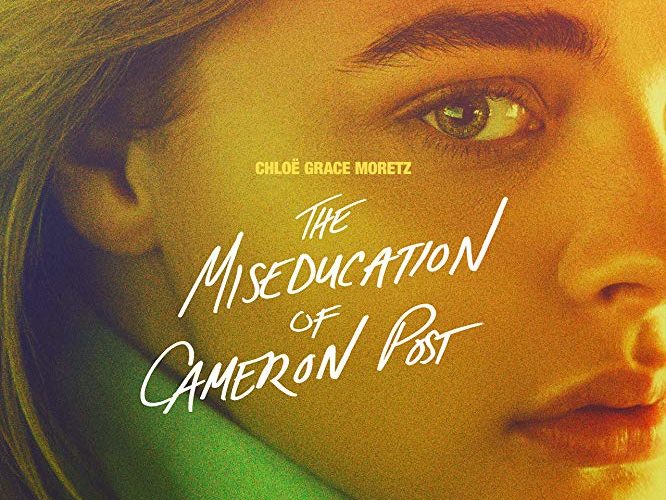 Sundance Review: ‘The Miseducation of Cameron Post’ is a Tender Drama Lacking in Personality

On her prom night, Cameron Post (Chloë Grace Moretz) gets caught making out with her high school girlfriend in the parking lot, resulting in her parents sending her off to God’s Promise, a gay conversion therapy camp. Featuring weeks of religious gaslighting in which those in charge not only you tell you the desires of your heart are immoral, but homosexuality itself doesn’t even exist, The Miseducation of Cameron Post provides a tender, well-rounded, if not entirely successful look at the emotionally abusive experience.

Desiree Akhavan, who broke out at Sundance with her personal, witty Appropriate Behavior, brings a sensitivity to the story, based on Emily M. Danforth’s novel, that finds a humanity in Cameron, the fellow teens she meets, and even the wrong-headed, ultimately conflicted counselors. Upon arriving, Cameron quickly makes friends with the maybe self-named Jane Fonda (Sasha Lane) and Adam (Forrest Goodluck), who also are “afflicted” with S.S.A. (same sex attraction). As they are presented with Christian-based work-out routines known as Blessiricize and counselors who equate lesbianism with cannibalism, they form a bond, humorously commenting on the ridiculousness of the whole enterprise.

As mentioned, Akhavan finds the most compelling arc with counselor Rick (John Gallagher Jr.), working under Dr. Lydia Marsh (Jennifer Ehle), who is blatantly matter-of-fact with her faith-backed viewpoint of “de-gaying,” including not letting Cameron be referred to as Cam, since her name is already masculine enough. A “recovering” homosexual full of contradictions, Rick was “saved” when two men from his church “spotted” his car at a local gay bar and came to rescue him. As his dead-set ideals begin to get more complicated when self-evident empathy comes into play, Gallagher Jr. fully conveys the inner torment his character is going through.

Moretz is unfortunately not as convincing in the lead, often falling back on blank stares when confronted with a situation of inherent drama. While we feel her romantic foundation in flashbacks, when she gets to camp, her character is effectively going through the motions as more interesting characters bounce their ideas off of her. She feels as though the camp is “programming people to hate themselves” and while that’s felt by the counselor’s remarks, Moretz doesn’t fully reach that depth with her deer-in-the-headlights performance.

This lack of personality also extended to Akhavan’s direction; while her approach is heartfelt, most compositions don’t feel thought out behind placing the characters in the center of the frame (in stark contrast with cinematographer Ashley Connor’s stellar, boundary-pushing work in the fellow Sundance premiere Madeline’s Madeline). These decisions are part of an overarching lack of spark in the momentum, leaving the intended cumulative emotional release in the final moments feeling peculiarly empty.

With that said, there’s a smart sense of both humanity and humor that helps to undercut the inherent lunacy that is the foundation of the camp, especially felt in Lane and Goodluck’s performances. Pairing well with another Sundance premiere Come Sunday, which preaches the inclusive embrace at the heart of Jesus’ message, A Miseducation of Cameron Post shows the dangerous progression when conservative religious doctrine gets conflated with righteous indignation. While it doesn’t land with as much impact as it should, the contradictory, heart-numbing effects of such a dehabiliting program are conveyed with a keen sense of nuance by Akhavan.

The Miseducation of Cameron Post premiered at the 2018 Sundance Film Festival and opens on August 3.