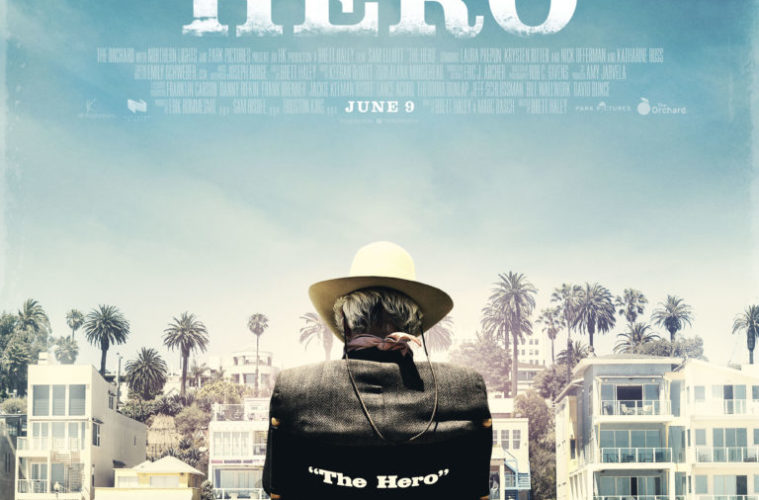 Sundance Review: ‘The Hero’ is a Touching Tribute to an Icon

It’s commonplace for a fan to say of an actor or actress they like: “I would watch him or her in anything.” The Hero, written and directed by Brett Haley, makes the case that one could watch Sam Elliott do most anything and be enraptured. Mind you, this is in no way a backhanded compliment. There’s plenty to grab on to here.

Elliott stars as Lee Hayden, a fading movie star known primarily for westerns past. He spends most of his time smoking weed with Jeremy (a very welcome Nick Offerman), a once-actor/now drug-dealer who starred in a failed television show with Lee once. His agent doesn’t have much in the way of offers, aside from a Lifetime Achievement Award from a rinky-dink western film-appreciation club. There’s an ex-wife (Katharine Ross) he’s on good terms with and a daughter (Krysten Ritter) he rarely sees.

Early on, Lee learns that he’s got pancreatic cancer. Moments later, he’s on his cell phone looking at the percentage of survival for the disease. It’s not good. And so we wade on with Lee as he reconciles his life, his movies, his family and all the rest. It’s simple, familiar, and often lovely. A younger woman (Laura Prepon) takes an interest in Lee, who’s initially skeptical of the age gap. Prepon shines here, playing a stand-up comedian with a penchant for the poetry of Edna St. Vincent Millay (it works in the movie). Haley clearly loves Elliott and all that the rugged 72-year old pro can offer, mustache included. The camera lingers on Elliott’s face at every available moment, aided by a beautiful score from Keegan DeWitt.

Elliott, not unlike his character, has been a Hollywood stalwart for decades, currently in the middle of a resurgence of sorts, thanks to subtle performances in small films like this and a broader, surprisingly funny turn in the Netflix show The Ranch. Haley has fun with the man’s famously deep voice, Lee announcing a particular brand of pot to the glee of Offerman’s Jeremy. As Lee struggles to tell his family about his disease and fully admit it to himself, we watch his tough, measured resolve break away, building to some wonderful — and wonderfully honest — moments in the third act. One does wish Ritter’s character had a bit more to do here, serving mostly as a prop for forgiveness and not much else.

The cancer-diagnosis plot device is certainly well-worn and can often be viciously maudlin, but Haley does well in utilizing it as a means to work on something a bit more nuanced. This is a film about coming to the end of things, not unlike his last film I’ll See You In My Dreams, and being alright with all that’s past. The Hero is a bittersweet celebration of life, with laughs and tears in equal measure.

The Hero premiered at the Sundance Film Festival and opens on June 9.