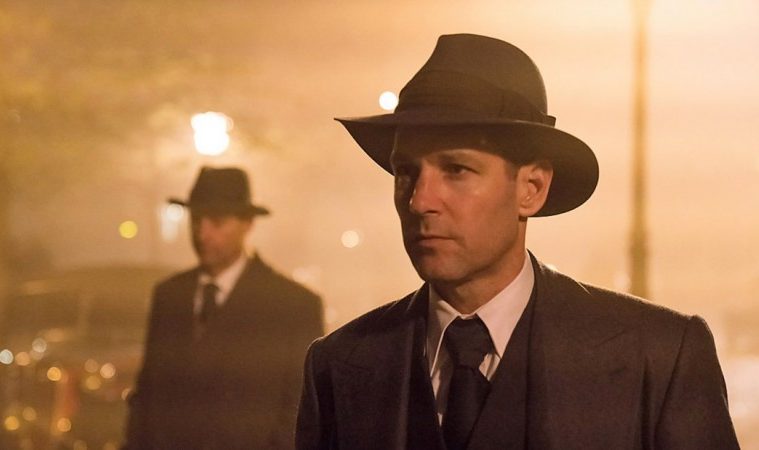 Sundance Review: ‘The Catcher Was a Spy’ is a Well-Told Espionage Thriller

From the start, there’s plenty to like about The Catcher Was a Spy, directed by Ben Lewin and starring Paul Rudd. Based on the fascinating life of pro baseball player Moe Berg and adapted from Nicholas Dawidoff’s book of the same name, this is the type of film that feels slightly out of place at Sundance. There’s nothing particularly controversial about the subject matter, nothing brazen or overly ambitious in the technique. Lewin is clearly angling for a classical Hollywood studio picture aesthetic and he mostly succeeds, only sometimes betrayed by his budget.

Rudd plays Berg, a washed-up catcher who takes on a job with the Office of Strategic Services (OSS) after retiring from baseball. We learn early on that he’s a man of many faces. Unmarried but in a relationship with the longing Estella (Sienna Miller, wasted here) and Jewish but determined to blend in with the Christians who with he went to Princeton. On a league-sponsored trip to Japan, Berg has an affair with a government official (Hiroyuki Sanada) who is convinced war is eminent, so he films the military port from the roof of his hotel. Often too smart for his own good, his secrets ultimately get him the job.

Before long, he’s tasked with finding and interrogating Werner Heisenberg (Mark Strong), a German physicist believed to be building a fission bomb for the Nazis. Rounding out Berg’s team is engineer Robert Furman (a clench-jawed Guy Pearce) and physicist Samuel Goudsmit (an accented Paul Giamatti), a once-friend of Heisenberg’s.

Where Spy succeeds the most is in the first half. Rudd is top-notch, playing Berg as a tragic sort jailed in his own mind, internally fighting and assimilating to a world that cannot accept him. One wishes this struggle had been more of a central focus throughout. Instead, the mission takes priority. Pearce and Giamatti are consummate as per usual, though the trio never really gels. An extended battle scene in which our heroes must find a connecting link to Heisenberg doesn’t look great. Green screen and choppy special effects show some seams, but come and go mercifully quick.

Aside from these war sequences, the film looks wonderful. Lensed by Andrij Parekh and designed by Luciana Arrighi, there’s a soft glow to many scenes that compute nicely with the period detail–not quite a glossy look but rather golden and worn down. And while the script (by Saving Private Ryan‘s Robert Rodat) appears to take a shortcut or two as the mission gets underway, The Catcher Was a Spy remains a well-told piece of espionage that does feel stranger than fiction.

The Catcher Was a Spy premiered at the Sundance Film Festival and opens on June 22.