Sundance Review: Save Yourselves! From This Lackluster Lo-Fi Sci-Fi Comedy 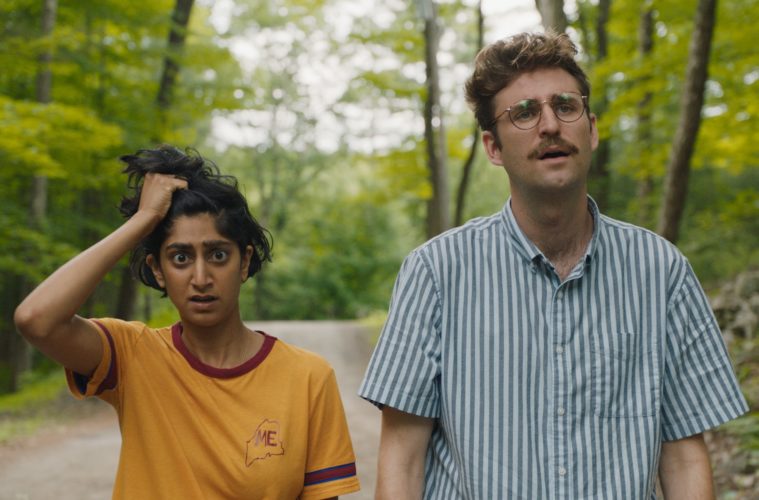 Save Yourselves! offers a slice of small sci-fi in a comedy world, attempting to mesh social commentary with general irreverence. Unfortunately, the laughs fade about halfway through and the world-building never blossoms into something wholly engaging. Written and directed by Alex Huston Fischer and Eleanor Wilson, there is an energy early on that slips away as the narrative moves forward.

Jack (John Reynolds) and Su (Sunita Mani) are a stereotypical Brooklyn couple, very hip and very intellectual and very unprepared for what will happen next. Given the opportunity to use a friend’s cottage upstate, they make a spontaneous decision to escape the city, turn off all of their devices and recalibrate in the wilderness. While they’re at it, maybe they can deepen their relationship. As soon as they arrive, however, aliens decide to attack the planet, starting with the city they’ve just left. It’s quickly clear they have no survival skills and no idea of what’s coming for them.

Small clues percolate as they bicker upstate. Reynolds and Mani have some solid chemistry and there is some comedy mined from their cute ineptitude. Sadly, the banter grows stale as the revelations mount. Despite some impressive, lo-fi creature effects, the other-worldly entities never make much of an impact. One waits for an escalation that kind of comes, but a bit too late. What’s more, there’s a sequence of violence in the second act that feels separate from the rest of the film. This tonal disparity becomes hard to reconcile.

There are fun, bit parts from funny people Ben Sinclair and John Early, though the action is fixed on the lead couple. Reynolds put in effective work in the recent Hulu series Four Weddings and a Funeral and is winning here as a millennial man brutally lacking in traditional “masculinity.” He is likable even in his most aggravating moments. When Mani’s Su expertly navigates Jack’s fragile ego, the film is at its best. The young actress does the most she can with the material, a silver lining all the way through.

Alex Huston Fischer and Eleanor Wilson clearly have a lot to say, and are perhaps trying to say it all at once. Early scenes that convey the mechanical clutter of our modern lives are meant to be reflected on as our heroes rise to the challenge of the moment without any gadgets or gizmos. Somewhere along the way, the focus splits between the characters growing and the characters simply reacting to the extraordinary. Where we end up feels muddled and unconvincing. One wonders what Save Yourselves! could have become had the aliens never made their way to the cottage.

Save Yourselves! premiered at Sundance.