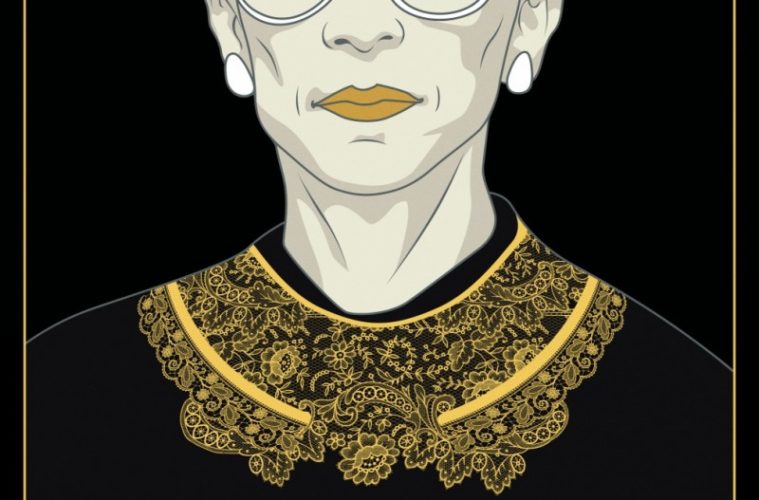 Sundance Review: ‘RBG’ is an Essential, Moving Portrait of a Liberal Superhero

RBG is an essential documentary for the adoring fans of Associate Supreme Court Justice Ruth Bader Ginsburg aka The Notorious RBG, according to some millennials. They have created an entire mythology out of a quiet, brilliant women who rose to the rank of the court’s chief dissenter post Bush v. Gore. Directors Julie Cohen and Betsy West have crafted an engaging documentary to hold us over until she, like fellow pioneer of civil rights Thurgood Marshall, gets a biopic of her own later this year.

Cohen and West cut through the legalese, showing the direct effect of Ginsburg’s early activism fighting gender discrimination. They include early plaintiff Sharron Frontiero, who was denied an Air Force housing stipend because she was a woman, and widower Stephen Wiesenfeld, a man denied social security benefits after his wife dies in child birth. Legal victories and early landmarks are fleshed out by moving archival footage and details of her marriage to tax attorney Martin Ginsburg, making tremendous sacrifices along the way for family, career, and health reasons.

RBG is most effective as a reserved character study in its origin story mode. Escaping the trappings of covering material the same way Wikipedia may, her early life is told in archival footage and perspectives offered by her family, including son James, daughter Jane, and recent Harvard law graduate granddaughter Clare Spera. Her family offers insight into her workaholic behavior, the origin of which was balancing raising children and attending law school, first at Harvard and later graduating form Columbia. She also copes with her husband’s early bout with cancer, which required moving from Boston to New York. Currently her schedule includes arriving to the court by 9am, a mid-day workout with her personal trainer (while wearing a Super Diva t-shirt), followed by working until at least 3am most nights.

The documentary fleshes out details with great wit and a warm personality as her son and daughter explain rituals and the struggles of growing up in a unique family (for the time) where both mom and dad shared parenting responsibilities as Martin allowed his wife to lead. And what a life they had together, both through sickness and in good health.

Intimate without being obtrusive, RBG doesn’t exactly demystify the Supreme Court so much as it brings us closer to one of its greats. Amongst the best-known parts of her story is of course her great friendship with Antonin Scalia, here shown in highlights from talks and appearances–they have nothing in common except a love of the Opera. She finds common ground and the humanity in everyone, including The Notorious B.I.G., joking that they were both born and raised in Brooklyn in an appearance on a college campus.

The irony is that while flattered by the attention from adoring fans, including tattoos, merchandise, Saturday Night Live impressions, and young attorney Shana Knizhnik’s Tumblr-turned-biography Notorious RBG, she really is a quiet person who resists the cult of personality. Galvanized by Bush v. Gore, a party line vote to decide the presidency, she continues to fight the good fight with Shelby vs. Holder (on voting rights) and Citizens United (on campaign finance), even when occasionally stepping too far in the public square. Cohen and West’s film shows superheroes come in various shapes and sizes, and the film is strongest when it allows its subject, and the lives she’s touched through her legal work as a judge and advocate, to speak out about a legacy of fighting for equality.

RBG premiered at the Sundance Film Festival and opens on May 4.