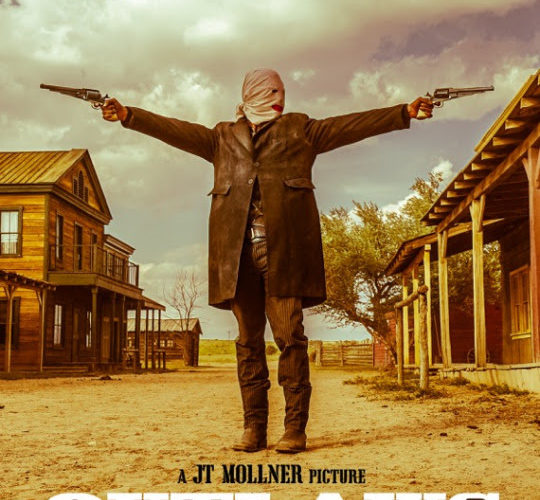 Three bank robbers walk into a dysfunctional home on the prairie in JT Mollner‘s cold-blooded Outlaws and Angels, filmed and premiering at Sundance in glorious 35mm. The premise naturally evokes Quentin Tarantino’s The Hateful Eight, particularly when it comes to the outlaws, however light their presence may be. Amongst the three groups — the outlaws, the Tildon family and the law — angels, too, are largely missing in the film.

Opening on a small farm estate we are briefly introduced to the Tildon clan: patriarch George (Ben Browder) is a tough recovering alcoholic who attempts to get right with the Lord, even if his daughters Flo (Francesca Eastwood) and Charlotte (Madisen Beaty) aren’t buying it. Short on life outside of the homestead (they’re told most of the eligible bachelors in town have taken ill) they remain the ward of George until they are liberated by a band of outlaws.

The 35mm does add a lovely texture punctuating beads of sweat of the tight interiors, but as a western, the film is curiously lacking in landscapes and grandeur. The format itself is a throwback to when westerns were a dime a dozen; Matthew Irving‘s cinematography is hindered I suppose by an indie budget as studio lighting also seems too apparent in certain scenes.

The western aesthetic mostly works as the film delivers kill shots that surprise, leaving several bodies on the floor. When it tries to twist the format into the kind of dark contemporary road coming-of-age dramas festivals seem to specialize in, its impact lessens. Outlaws and Angels has rare moment of tenderness amongst the ugliness, which make it a nearly impossible to review without spoiling a key plot point.

Rather confusingly, Mollner launches us directly into a bank robbery and escape. It’s only later the characters are given a chance to live and breath, but ones wishes the investment was made up front. The band is led by Henry (Chad Michael Murray playing against type) as they escape the law (led by Luke Wilson, who provides a bafflingly reflexive voice over which feels like an out of place parody of John Ford) and forcibly take refuge with the Tildon’s. Taking a liking to the elder sister Flo, Henry decides they are to be together, threatening to reveal a dark family secret as mother Ada (Teri Polo) watches on.

Surreal and dark in passages, even Moller’s direction doesn’t quite know what to do when it gets to certain pivotal moments. A dark subject matter does not always equate to subversive movie, but the film is not without boldness, including the choice to shoot and present the film on 35mm. Narrative risks aside, Outlaws and Angels takes the easy way out instead of allowing these moments the breathing room they need.

Outlaws and Angels premiered at the 2016 Sundance Film Festival and opens on July 15.