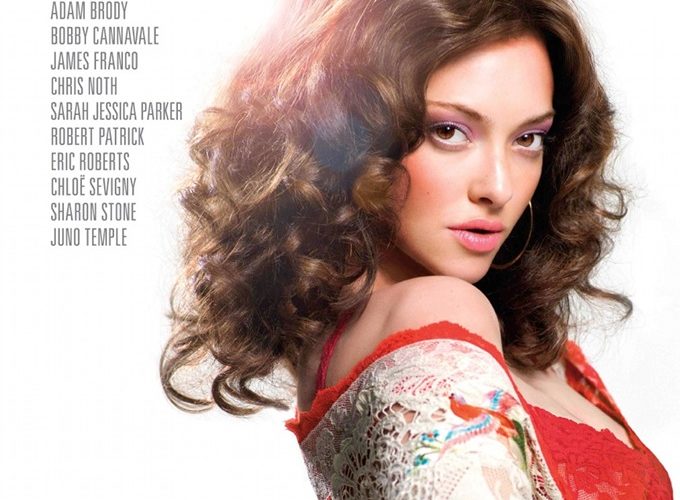 After tackling the Beat Generation with their Howl biopic, directors Rob Epstein and Jeffrey Friedman have returned to capture the life of Linda Lovelace, star of the the 1972 pornographic film Deep Throat. One of the must successful films of its kind, grossing the contentious number of around $600 million, it marked a mainstream breakthrough for the industry and catapulted its star to the spotlight. But as we we’ve learned time and time again, fame has a price. Diving into the increasingly dire and abusive relationship of Lovelace (Amanda Seyfried) and her manipulative, controlling husband Chuck Traynor (Peter Sarsgaard), the film takes a responsible, but fleeting look at both the glamorous lifestyle and the darkness hidden underneath. Initially showing us the seemingly effortless rise to fame for Lovelace, Andy Bellin‘s script then takes a tragic turn when we flashfoward six years later as our lead is taking a polygraph test to corroborate with her upcoming memoir, Ordeal.

Replaying events we already saw, but this time through the eyes of our star, the structure is appreciated, but the entire film simply feels like it’s ticking off the important boxes of a biopic and showing us very little in between. A freckled, dark-haired Seyfried successfully captures the emotionally fragile, naive character, but there’s rarely a moment that seems to dive truly in her psyche. The film instead opts to portray events in a black or white manner, especially when it comes to Sarsgaard’s perpetually nefarious demeanor.

Unlike the aforementioned Boogie Nights, the ensemble here comes across as perfunctory, with many barely registering (Juno Temple, Adam Brody and the mostly wasted Bobby Cannavale) and others sticking out like a sore thumb (specifically the miscast James Franco as Hugh Hefner). As these people enter and exit Lovelace’s life, one must praise the directors for straying away from an oversexualized take on the material, despite their relatively standard technical handling. While it could have easily been unintentionally hokey, Lovelace takes a surprisingly mature approach for a biopic, but one that will be difficult to leave a lasting impression.