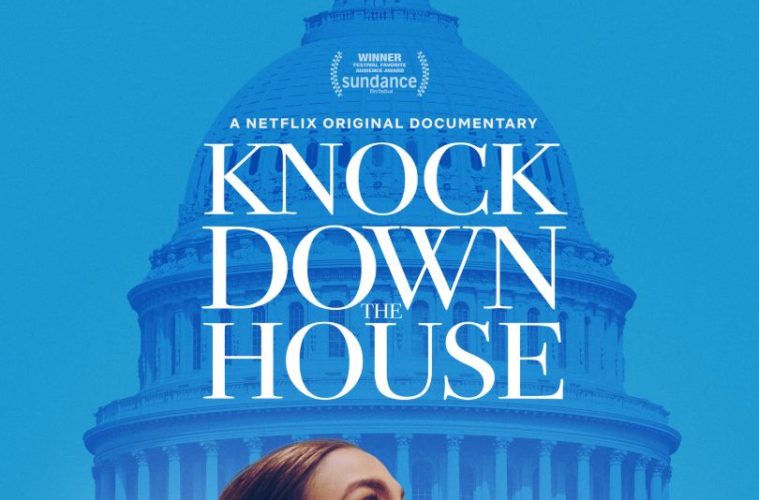 Rachel Lears’ Knock Down the House is a fun, emotionally powerful, inspiring look at the incredible wave of would-be politicians that sought, in 2018, to challenge status quo Democrats and enact meaningful change—all while refusing money from Wall Street fat cats and big business super PACs.

Of the four women Lears follows until their respective primary election days, one of them needs no introduction: Alexandria Ocasio-Cortez, now an elected congresswoman for New York’s 14th congressional district, and quite possibly the most engaging, gregarious, endlessly charismatic public personality of our time, politician or otherwise. Her story, and subsequent victory over legacy Dem Joe Crowley, is a winning David vs. Goliath hero’s journey that never fails to make you feel hopeful for the future of the world.  (I would say America, but when AOC is POTUS in six years, her impact will be global.)

While the other three women (Amy Vilela, Cori Bush, and Paula Jean Swearengin) are not—spoiler alert—as successful as Ocasio-Cortez, their stories are just as optimistic: I found myself in awe of the courage these candidates had to put their name out there, and Lears is right there with them as they pound the pavement, knock on doors, and fight for the causes that got them off their butts in the first place. They’re from all over the country and have different backgrounds, but they hold a shared desire to represent the little guy. Because that’s who they are.

But what I didn’t know, despite being a regular consumer of AOC’s game-changing social media, is just how involved she was in the campaigns of these women. In fact, everyone was helping everyone. Watching this teamwork unfold, then, results in a film that plays like a humbling origin story to what is now a meteoric rise of people-powered politics. Really, walking away, you’re left with the conclusion that this momentum can only continue.

If, like me, you had already seen the clip of Ocasio-Cortez’s astonished face realizing she had defeated Crowley (who comes off here as a hubristic sort of Ritz cracker), Lears gives us an extended look at this historic moment and many, many more, all of them endearing behind-the-scenes sequences that only make AOC more charming (watch as she makes a cocktail, or has an anxiety attack minutes before entering a bar rammed with her most passionate supporters).

Neatly packed in a sub-90 minute package, it’s uplifting beats like these that make Knock Down The House—and the grassroots movement that kicked it off—feel so organic. These are regular people trying to change the world, and anyone who isn’t moved by their attempts to do so, frankly, is probably someone who has no intention of knocking down anything at all, wanting instead to keep things firmly intact, exactly the way they are.

Knock Down the House premiered at the Sundance Film Festival and opens on May 1.