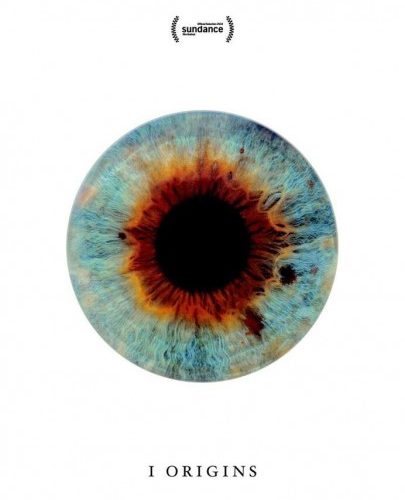 The follow-up to his previous Sundance entry Another Earth, Mike Cahill‘s I Origins similarly mixes together sci-fi elements based loosely in real science with somewhat-clichéd romantic threads. The narrative’s thematic crux focuses on the age-old debate of faith versus science. How can we acknowledge that a divine presence exists without empirical evidence or blind faith? To a scientist, this is even more of a fundamental question. Much of their lives are devoted to discovering relevant data points, all in the hopes of better understanding the nature of the universe. While these are grand concepts that have been studied and debated for centuries, the incarnation of this debate within the film’s larger fabric feels stripped of any insightful conclusions, instead focusing on deceptive ploys to lure the audience into some false sense of pathos.

I Origins focuses on Dr. Ian Grey (Michael Pitt), a self-absorbed, glazed-over molecular biologist who has devoted his PhD research to uncovering the evolutionary origin of the human eye, hoping to scientifically prove that its complex design is the result of evolution. The movie opens with a montage of extreme close-ups of eyes, giving Requiem a Dream a run for its money. As a hobby, Grey also takes pictures of own eyes, just in case seeing lots of eyes hasn’t been reinforced enough already. Everything changes for Grey after a brief sexual encounter with a masked stranger at a Halloween party, leaving him desperate to uncover her identity — of course, only after taking a picture of her eyes. He finds this flirtatious fling in a super-contrived manner, tracking the photo of her eyes via a fashion billboard, then pseudo-stalking her before creepily putting headphones on her in a crowded subway car, resulting in one of the most awkward scenes in years. Grey becomes enamored by Sofi, played by newcomer Astrid Bergès-Frisbey. As their relationship develops, she teaches him about the beauty and wonder of the spiritual world. Grey cannot be swayed though, a strict man of science who relies only on what can be proven. Brit Marling, who co-wrote Another Earth with Cahill, plays Karen, Grey’s lab partner and foil to Sofi’s enigmatic persona, causing a bit of a three-way love triangle that is as uninteresting as the overall premise.

I Origins tries desperately to imbue a deeper metaphysical meaning with its narrative, but the alignment of all its concepts come off as disjointed and pretentious; even worse, around halfway through the film Cahill unconsciously reveals the big surprise the movie is leading up to, killing off any kind of interesting denouement. Worse yet, the film proceeds to sloppily fold Buddhist beliefs of reincarnation into the hipster pseudo-science that Pitt and Marling’s characters are trying to peddle. Acting, for the most part, is also sub-par — particularly from Marling, whose onscreen presence is considerably lacking in charisma. Combine this mediocre acting with a baffling premise, and the result will leave you rolling your eyes throughout. Mixing together equal elements of science and schmaltz, Cahill’s film is an uneven existential yarn mired down by a convoluted premise and false sentimentality.

I Origins premiered at Sundance Film Festival 2014. One can see our full coverage of the festival below.