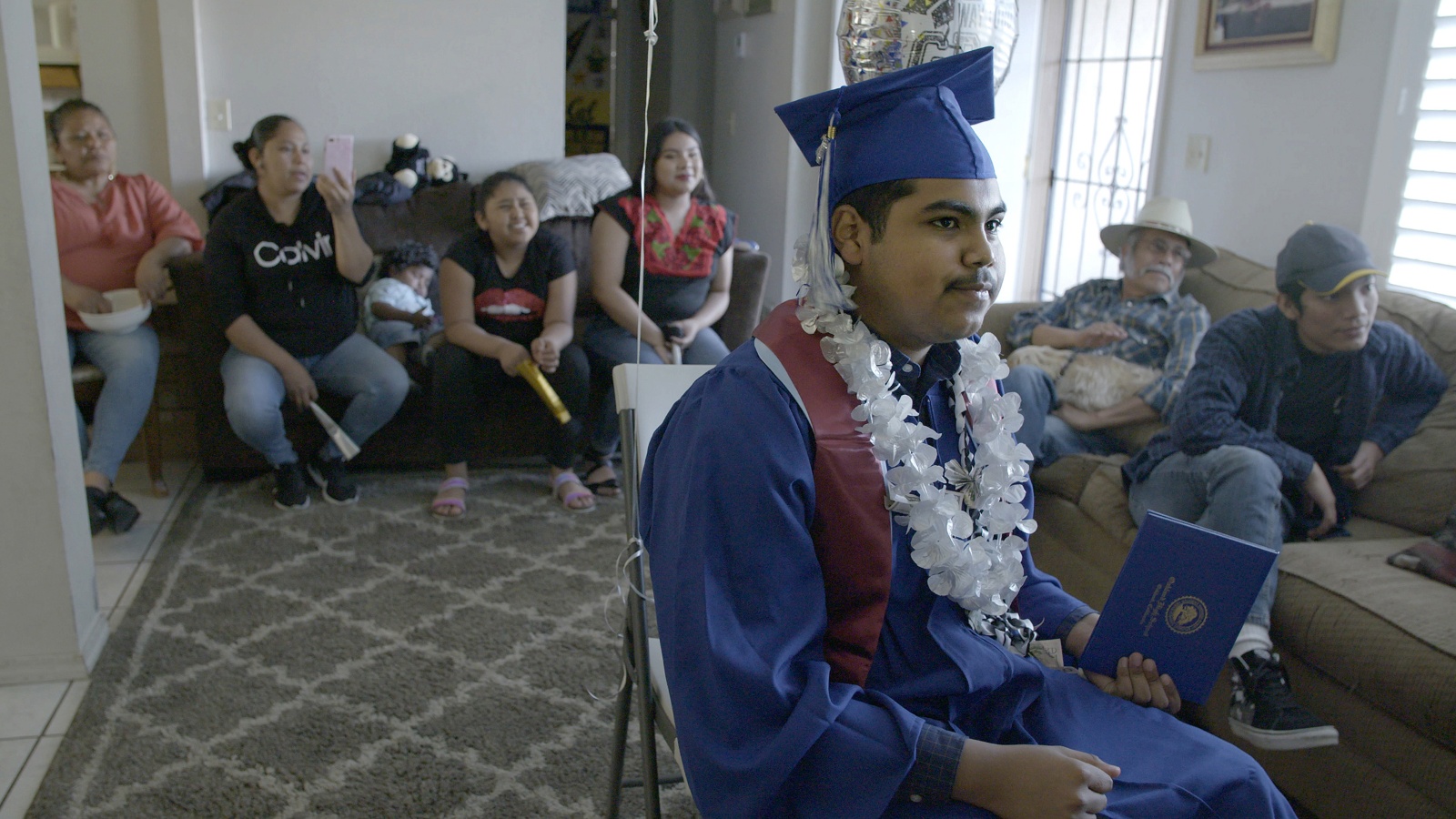 Following the 2019-2020 school year, Homeroom sets itself up for more than it could have originally anticipated. It’s the senior year for a swath of Oakland High School students in Oakland, California. Many of them are schlepping through the usual fixings: SAT tests, college applications, general senioritis. Several of them take part in extracurricular activities and social causes, not the least of which deal with eliminating police from campus in order to get better school funding. A few of them are even student representatives for the Oakland Unified School District.

Alas, this ends up being a senior year where COVID-19 shutdowns and the killing of Breonna Taylor happen within days of each other. George Floyd’s murder occurs two and a half months later. But while Peter Nicks’ follow-up to The Force begins as a vérité approach to these students, it stumbles upon something even more provocative. In this context, full human connection is just out of reach. When people regularly meet in person, there isn’t enough progress. When people finally do make progress, it’s remote and in the shadow of great tragedy. What stops Homeroom from fully working is its inability to thread these outlooks, and the fluidity it finds itself in, together.

Instead, the documentary works best in approaches and pieces. There are sequences that flow seamlessly thanks to editors Rebecca Adorno & Kristina Motwani. Over-the-shoulder shots turn on a dime to screen capture footage, and as we watch these kids, they watch themselves and others on-screen. While kids pass news to each other in person, it immediately takes on its own digital form within the context of the film, conflating the methods of communication without equating them. It’s effective without drawing attention to itself. That said, this buoys the film more in its first 60 minutes than its last 30.

With this perspective, Homeroom segments itself into vignettes similar to the kids’ own social groups. They don’t always intersect. They are, for the most part, tangential. The problem is that this approach can work better in theory than in execution. There are several points where Nicks’ direction, as well as the editing, speed past some of the more integral parts of these kids’ efforts. Just how closely connected are the OUSD student representatives to their adult counterparts? Do they meet with each other before public forums? How do they format their arguments, assuming they do so?

Better yet, how does this shift once the coronavirus pandemic forces these interactions to turn virtual? Surely they aren’t the exact same as beforehand, but if they are the same, does the pandemic pose a simple detour to their causes? The added variables of COVID and the police brutality headlines of the moment run narratively parallel to each other as often as they cohere.

When Homeroom follows its subjects through more menial interactions, its approach fits its structure. As more issues come into the fold, its reach begins to exceed its grasp. It’s a very well done documentary on a technical level, and those qualities make it quite energizing at times. It’s the pace that truncates some of the details, making Homeroom too brisk to realize all of its moving parts.