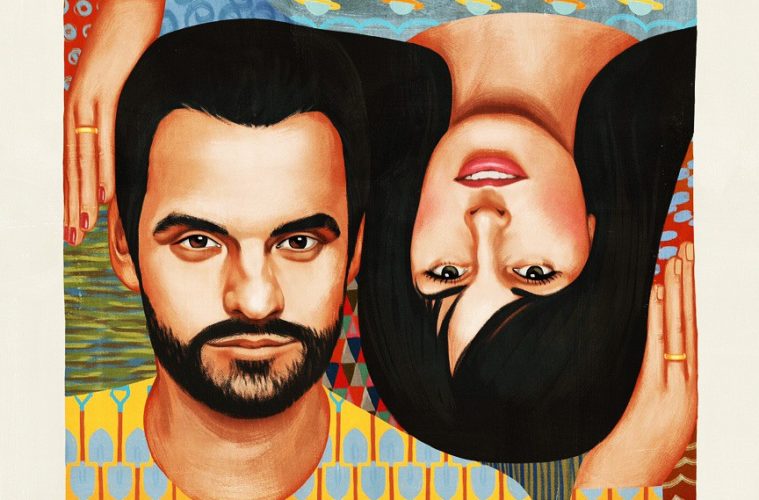 Joe Swanberg keeps getting better and better. A few years ago, Swanberg seriously stepped up his game with his highest-profile film yet, Drinking Buddies. The filmmaking, structure, and acting is all polished in that film, and the same goes for the writer-director’s latest, Digging for Fire. Co-written by the film’s star Jake Johnson, this marks another step forward in Swanberg’s evolution as a filmmaker.

Tim (Johnson) and his wife Lee (Rosemarie DeWitt) are housesitting one weekend for a client. When Tim stumbles upon a bone and a gun on the property, Lee tells him to forget about it. Tim agrees, but when his wife and child leave him to his own devices, he continues to dig. Not only does he continue to search for the body, but he gets to enjoy a level of freedom he hasn’t in a while. Tim invites his buddies over — played by the likes of Sam Rockwell, Mike Birbiglia, and Chris Messina — for a night of partying and drugs. Tim isn’t the only one letting loose, as his wife goes out for a night on her own.

The two face temptation, on a similar journey. They experience wild coincidences, which aren’t always subtle, but make for a nice illustration of these two different people experiencing similar arcs. They’re digging for something they think they want. The plotting is tight, and the way Swanberg films how their weekend unfolds is genuinely exciting. The fantastic score from Dan Romer provides almost a subtle dread to the set-up. Swanberg’s roaming camera and the score make the idea of these two cheating pure tension. Digging for Fire is the filmmaker’s most visually compelling work to date. Because of the coincidental plotting, this is Swanberg’s most movieish movie to date. There’s a natural looseness to Swanberg’s other films, but in this instance, the script is more tight and convenient, but rarely does it detract from the realism. This being a Swanberg picture, there’s still plenty of characters just sitting around talking, and the film would’ve been equally as good if that’s all Digging for Fire was.

Watching Johnson, Rockwell, Birbiglia, Messina, Brie Larson, and Anna Kendrick party is nothing but pure joy. All these actors bring something different to the table. Johnson, Rockwell, and Birbiglia represent different kind of men at a similar phase in life, and they’re all entertaining, funny, and believable. The pool party they throw is a terrific hangout movie. Lee’s journey is a more quiet one, but no less engaging. Her path crosses the likes of Melanie Lynskey, Ron Livingston, Orlando Bloom, and Sam Elliot. All their characters, like the ones in Tim’s life, represent different viewpoints.

People will certainly be surprised by Bloom’s performance. His performance is his most loose work to date. There’s an easygoing charisma to Bloom we haven’t quite yet seen from the actor, but that’s not much of a surprise, because Digging for Fire is one of those movies where there isn’t any “acting.” Every performance is authentic, helping to create another tangible and honest film from Swanberg.

Digging for Fire premiered at Sundance Film Festival and will be released by The Orchard on August 21st.