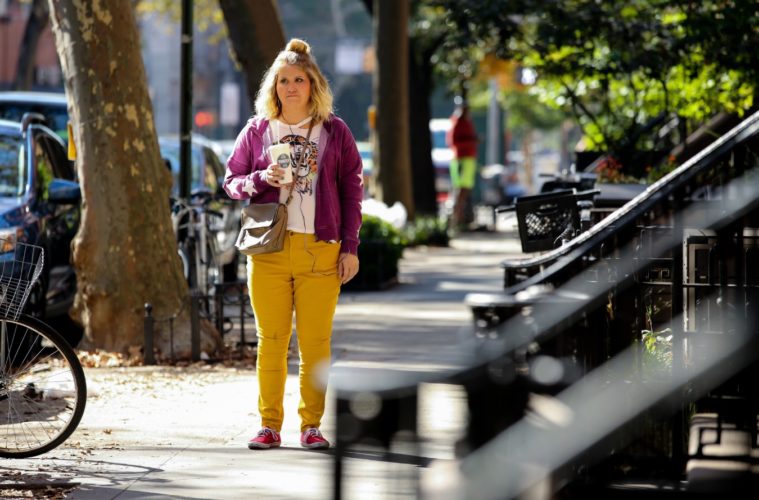 What does 2019 look like for a young person in a coastal city? For many, Brittany Runs a Marathon will feel like an apt rendering. Starring the great Jillian Bell and written and directed by Paul Downs Colaizzo, it’s a fairly ambitious debut film that attempts to examine how self-doubt can hurt you and the ones you love while earning laughs all at once. So many millennials strive for more while constantly being told they’re not doing enough. Brittany (Bell) is no different.

She lives in New York, has a theater job that barely pays the rent and spends most nights out with her friends. There’s a joy in these scenes that’s extinguished in the hungover morning. It’s an effective opening bit. Brittany’s defense mechanism is comedy, employing silly voices as an extra shield when necessary. A cursory trip to the doctor (mission: score some Adderall) forces Brittany to take a look at her health as she approaches thirty years old. When a neighbor (a lovely Michaela Watkins) invites her to join a running club, Brittany starts a journey to be better both physically and mentally.

Make no mistake, Bell is the person to watch here. She’s stolen scenes in any manner of comedy over the last few years, 22 Jump Street being a standout. It’s about time she was given a platform like this to shine. And shine she does. Colaizzo knows what he has in his lead, never wasting a scene nor sparing a joke. Utkarsh Ambudkar puts in solid work as a potential romance for Brittany, the two crossing paths while housesitting for a particularly rich, particularly absent New York couple. While some of their moments feel stilted, there’s enough chemistry to sell the beats through.

Where the film trips up a bit is in the second act. As Brittany changes her lifestyle, harder truths come to the service. A roommate reveals some deep, mean feelings; Brittany reveals some of her own. As the narrative gets a bit more stark, the journey to the clear ending becomes choppy. There’s a motivation to fully develop the lead character, but not enough of a plot to keep up with the emotional trajectory. Lil Rel Howery steps up in a couple of scenes as Brittany’s paternal-styled brother-in-law, but the film’s mostly posturing for that final act. Thankfully, it’s a hell of a finish. Brittany Runs a Marathon mostly succeeds, and it’s all thanks to Bell. That Colaizzo is trying to do something more is icing on the cake.

Brittany Runs a Marathon premiered at the Sundance Film Festival and opens on August 23.