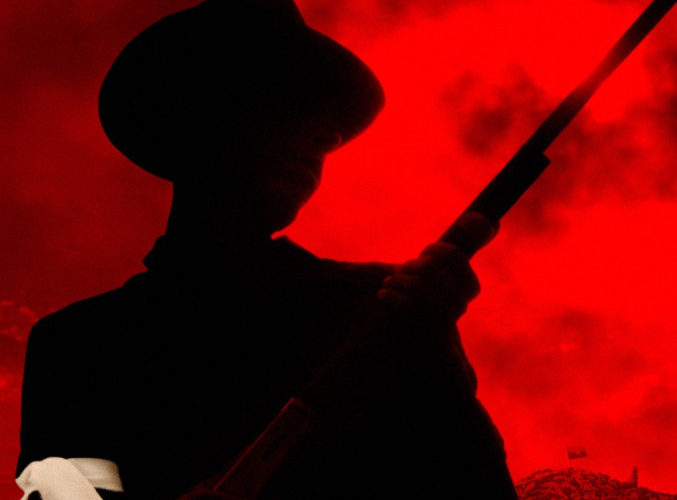 Here is a story that makes Faulkner’s adage about the past not being past seem horribly valid. A hundred years ago, both the Arizona mining town of Bisbee and America itself were wracked with controversy over pointless war, hatred toward immigrants, and rampant inequality and injustice. Today, only the wars are different. In 1917, over a thousand miners protesting for better wages and working conditions were rounded up by authorities in Bisbee, with the help of two thousand deputized townspeople. At the behest of the company which essentially owned the town, the strikers were crowded onto a train and exiled to New Mexico, threatened with death if they ever returned. Most of them were immigrants, most of whom came from Mexico. In 2017, the residents of Bisbee, now long past its days as a mining town, observe the centennial of the deportation with a reenactment of it. Robert Greene and his crew were there to film it.

The concept immediately recalls that of The Act of Killing, though Greene’s style differs greatly from that of Joshua Oppenheimer’s. Thematically, there’s the most obvious difference that the subjects of Act of Killing were performing living memory – their own actions, in fact. Here, the descendants of the perpetrators of a great crime are the ones remaking it. The sin is generational instead of personal, and the confrontation with it spurs different self-reflection. Or, more often, a lack of it. Many residents of Bisbee we meet are frighteningly untroubled by the deportation, repeating bullshit justifications about it being the best option for “peace” or “stopping socialism” or “supporting the war” with the same assuredness as their predecessors. America’s autobiography does not admit mistakes, and we are a people adept at ignoring cognitive dissonance and reconciling seemingly impossible contradictions.

Collective memory and history are a form of performance, a subject that fascinates Greene and which he solidifies here in his filming of the preparations and execution of Bisbee’s great reenactment. The Bisbee citizens (Bisbeeans? Bisbeeites?) give the camera tours of different parts of the town which also act as historical instruction. They are reciting, and then conflict emerges as the narratives they recite begin to meet the “characters” they play. Sometimes it leads to no reconsideration; a retired mining boss playing the sheriff who oversaw the deportation is untroubled by it. But a young gay Hispanic man appears to grow more impassioned in tandem with his character, who goes from neutral to a passionate striker.

The movie sometimes feels overlong and repetitive in its buildup to the reenactment, but becomes absolutely mesmerizing as the centennial of the deportation arrives and the event commences. The citizens, simultaneously bad and good actors in the way that only non-professionals can be, are not reenactors but ghosts haunting their town, with each step of the deportation remade in the places where they originally happened. Bisbee ’17 collapses past and present into one another, and in doing so achieves a singularly strange and unsettling vision of apparently intractable American hatreds.

Bisbee ’17 premiered at the Sundance Film Festival and opens on September 5.