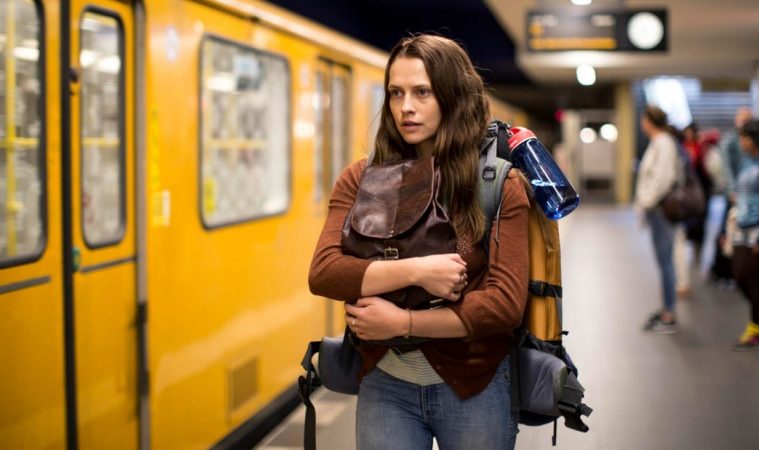 While the recent 10 Cloverfield Lane and Room told stories of captivity with various hooks — science-fiction and the process of healing, respectively — Cate Shortland’s approach in her latest, harrowing drama Berlin Syndrome makes room for more nuance and depth. Locked in a Berlin apartment, there is little hope for our protagonist for nearly the entire runtime. And while some of the story’s turns can feel overtly manipulative, Shortland finds a bracing humanity in depicting the perverse situation of Stockholm syndrome.

Attempting to figure out what she wants from life, Clare (Teresa Palmer) leaves her Brisbane home to head to Berlin where she spends her first days as a tourist photographing the architecture and meeting locals. One day at a crosswalk, she meets the initially charming, reserved Andi (Max Riemelt). After a few encounters, they go on a date and return to his secluded apartment where they make love, a scene in which Shortland’s eye for sensuality makes the revelation of the trauma to come all the more distressing. When Andi goes to his work as an English teacher the next day, Clare finds herself locked in the apartment by a deadbolt, her SIM card missing, and surrounded by  reinforced windows with no hope of breaking open.

After Andi makes an excuse the first day that he forgot to leave the keys, on the second day of captivity, Clare initially attempts to reason with him. Andi’s chilling obliviousness to the clear pain he’s inflicting makes for one of the most menacing villains in some time. As he offers questions about which ingredients Clare prefers in their dinner or how she’d rate their relationship on a scale from 1-10, there’s unsettling impact tied to his mannerly demeanor. An attempt at a backstory tied to his father and his estranged mother is less effective than when we simply the threat in his actions with Clare.

Palmer, with her sullen eyes, gives a miraculous performance, weaving between a layered emotional spectrum of outright physical hostility to veiled acceptance in hopes for an escape. Often unable to articulate the horrors of the situation, her subtle glances and gestures speak volumes to her determination for freedom by any means necessary. It’s no easy task for an actor to give range when inflicted by dominating hideousness for nearly two hours, but Palmer is thoroughly mesmerizing in conveying both her emotional and physical pain.

Adapted from Melanie Joosten’s novel by Shaun Grant (also behind the equally grim drama The Snowtown Murders), the reaction to the drama will correlate with how much stamina one has for witnessing pure evil. With a dynamic this unbearable to witness, Shortland imbues a complex psychology to the script through her tactile style. Shot by Germain McMicking, there’s a textured feel for both the location and the characters, often using close-ups and inserts to leave a full-bodied impression of the circumstances.

With mentions of past division in Germany surrounding the Berlin Wall, as well as other historical and literary metaphors peppered throughout, Shortland smartly never makes an overt political analogy. In this tale of female imprisonment, everything can be gleaned from the central relationship: a domineering male figure believes he has the final authority on a female’s mind and body. Berlin Syndrome was conceived within the haunting specters of the past, and it proves history will always repeat itself.

Berlin Syndrome premiered at Sundance Film Festival and will be released on May 26.